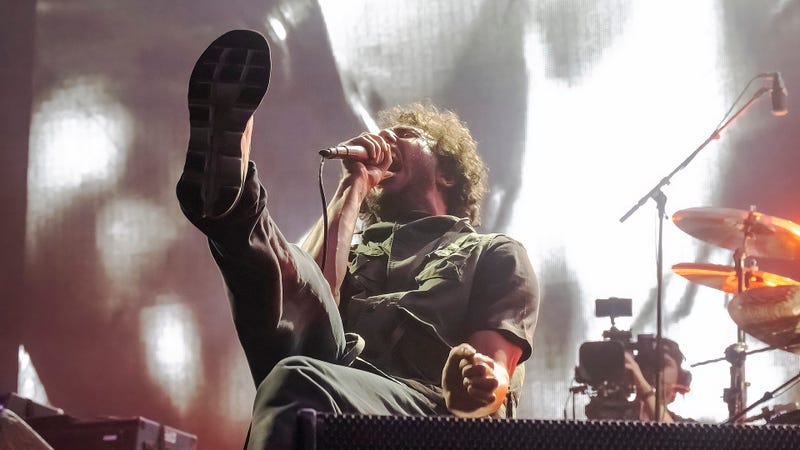 Rockers Rage Against the Machine have officially put the breaks on their North American tour dates into 2023 as the band’s normally stage-commanding frontman Zack de la Rocha continues to nurse a serious injury sustained while on the road earlier this summer.

It hasn't been an easy one for RATM as they returned to the road for an already COVID-postponed reunion -- with frontman Zack de la Rocha suffering an injury only two shows in while performing in Chicago back in July. Sure, guitarist Tom Morello got manhandled by his own security as well, but Zack's bang-up had kept him seated for the rest of the summer. Now, according to the band's latest communication, it looks like he's going to need even more time to recuperate.

Announcing the cancelation of all upcoming dates, Zack posted a note to the band's social accounts on October 2, explaining his injury with more detail. "Unfortunately it is a moment that requires a lot of work and healing," he said, adding that he has, “a severe tear" in his left Achilles tendon leaving him with "only 8%" left intact. "It’s not simply a question" of his ability to perform he says as well, "but extends to basic functionality going forward. That’s why I made the painful and difficult decision to cancel the remaining shows on our 2023 North American leg."

Zack also acknowledged in his note all of the work that had been put into bringing their performances to life by the crew, his band and tourmates, and all of the fans who had been waiting so patiently to see them, finishing off by saying he hopes to see everyone again "very soon."

While you're here -- browse and follow some of Audacy's all-new stations like Rage Against The Machine Radio, Alt Now, Rockternative, Drivin' Alt, Alterna 00s, ALT Roots, Don't Metal In My Affairs, Venom, Arena Rock, Wake Up and Rock, and The Roots of Rock for those who crave the early days.