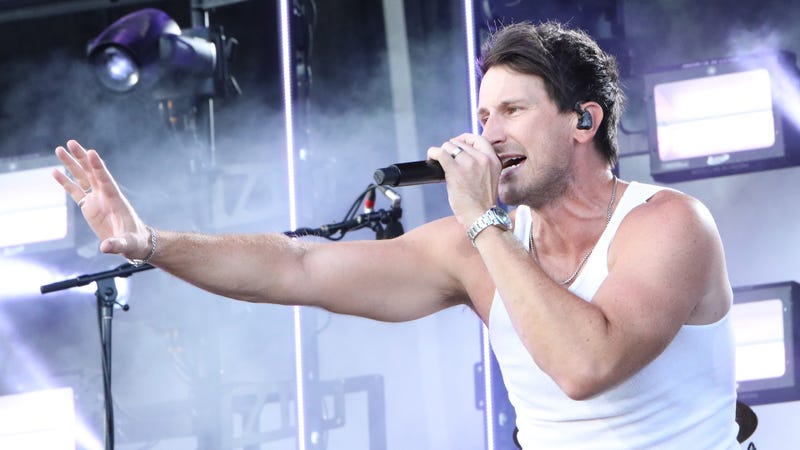 Russell Dickerson’s third studio album is officially out and he’s taking fans on an adventure. With 15 songs, all written by Dickerson, fans will get to know Russell’s story, from past to present through the tracks that represent some of the moments he cherishes most in life thus far.

“The first song is talking about when we’re 16 and all the dumb stuff we used to do, it’s called, ‘Blame It On Being Young,’” Dickerson told Audacy’s Katie Neal before explaining the tracks progress in chronological order. “That last song on the album is me becoming a Dad. It’s a whole journey and it’s just me. It’s my story told through all these 15 songs.”

The fully-autobiographical approach is a new one for Dickerson when it comes to his albums. The 35-year-old said he really focused on song that he loved and felt told his story versus trying to please others.

Included in those 15 tracks is Dickerson’s collab. with fellow artist Jake Scott, “She Likes It,” which he never planned on being a single until fans demanded it.

While Scott is the only official collab on the project, there is one more voice that makes a very special appearance and it’s Dickerson’s 2-year-old son, Remington, on the last track, “Just Like Your Mama.”

LISTEN NOW: Russell Dickerson shares how his 2-year-old son made the album

“With this album we pulled out all the stops, nothing is off limits and so when we were recording this song we were like, ‘We should get Remington do a little goo goo ga ga,” Russell told Audacy’s Rob + Holly of the decision to feature Remy. It’s so magical, it makes me cry every time.”