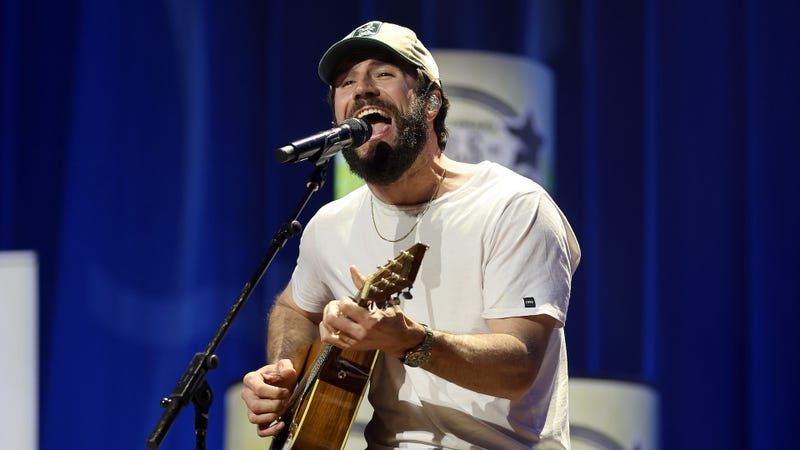 Sam Hunt is no stranger to being in the #1 spot on the Country charts as a musician and songwriter. Clearly a mastermind when it comes to the creative process, Hunt says it’s all about an open mind and good vibes.

“Something happens in a [songwriting] room when an idea first comes out and all your first instincts are usually your best,” Hunt told Audacy’s Rob + Holly. “If you don’t give the room, yourself or your cowriters a chance to get those out, and you interrupt with, ‘I don’t know about that,’ you just kill the energy.”

The importance of not killing a vibe is one Sam had to learn the hard way as he pleaded guilty to overthinking and putting creative ideas under a microscope instead of letting them flow freely and find their way.

“I went through about a two-year period where I believe — well, I don’t believe, I know — I was overthinking songs,” he shared. “I was spending too much time trying to turn over every rock. Like, ‘What if we do it this way? What if we do it that way?’ Well, there’s a million ways you could do it and I was tryin’ every one of ‘em for a little while there. I realized that was not productive.”

He continued, “I backed off of that and just started following my gut more and writing songs in a day… I think there’s a part of your brain where in terms of creativity — it’s doing math at a deeper level. It’s ideas are just better than your conscious brain and you gotta get out of the way and let that part of your brain work — especially when it’s inspired!”

The good vibes have clearly been flowing for Hunt as he shares his latest #1, “23,” and current single, “Water Under The Bridge” are both products of gut instincts and free flowing ideas.

“’23’ and ‘Water Under The Bridge’ were both [written in] two hours, two and a half hours,” Sam said. “I could’ve stopped us early on and probably not finished because maybe I didn’t like a line here or there — but when you finish, you can go back and edit. You can go back and tweak once you get all that creative energy out.”

Success is clearly a vibe for Hunt and we can’t wait to see where it take him next!