The soulful sounds of Sam Smith are once again about to soothe and stir every emotion in your fragile being.

Smith released their brand new, up-tempo single, "Diamonds," on Thursday night September 16, with a video directed by Luke Monaghan that speaks for all of us in these times of social distancing. Set in an empty room, Smith dances alone in the clip as a raging storm builds around them.

"The last two years have been the most experimental time of my life, personally but also musically," Smith explains. "Every time I went into the studio I promised myself I would shoot for the stars and have no limitations. The result has been so magical and so therapeutic and FUN. My love for music is so broad and all of my musical guilty pleasures became pleasures. No guilt, no shame, just the love of singing and creating and dancing."

In the midst of the early spread of COVID-19 this year, Smith announced their third album, originally titled To Die For, would be renamed and delayed, explaining at the time that it just didn't "feel right" while promising that the record would indeed be forthcoming.

"After it all I still believe love is the answer," Smith says. "And with love in our hearts and kindness in our words and actions, we sing on."

I'm overjoyed to announce my third album (I can't believe I'm saying that) ‘Love Goes’. This album marks a time of experimentation and self discovery in my life. I wrote this from the age of 26-28 and it’s been one hell of a ride. Pre-order at https://t.co/MT3aFWKnbY. pic.twitter.com/x1QydNlmLd

Smith's third album Love Goes is slated for an October 30 release. Check out the full track list including features and collabs below.

In the meantime, we hope Smith has been getting in some more practice behind the burners during any downtime. Back in April, Sam gave us a look inside their self-isolation for an episode of 'Home Schooled.' 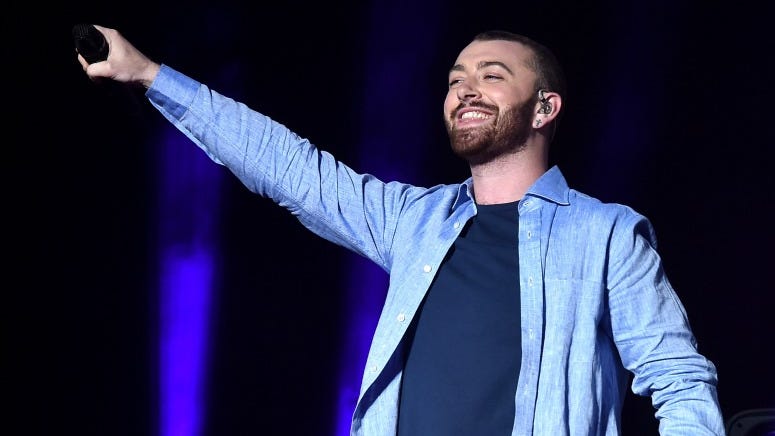