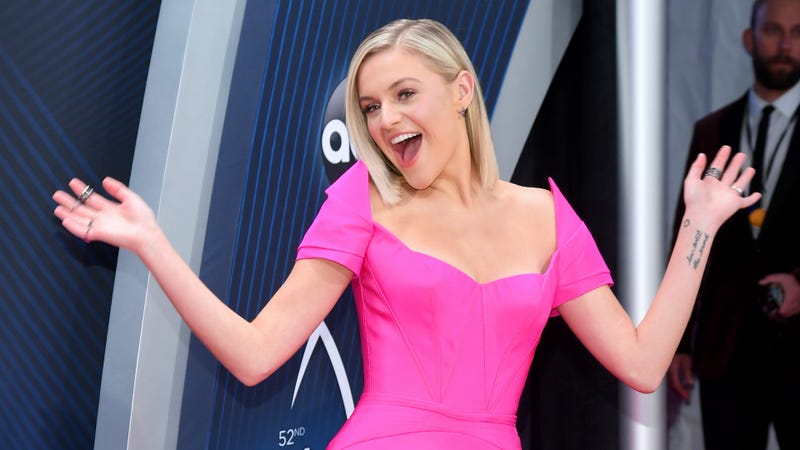 Kelsea Ballerini honored Shania Twain in more ways than one during Wednesday night’s ACM Honors award ceremony at Nashville’s Ryman Auditorium. The 28-year-old not only paid homage to Twain’s music on the special night, but her iconic fashion sense as well.

Ballerini showed up to the red carpet in the exact same white, long-sleeved dress Twain wore to the 1999 GRAMMY Awards — the year she was awarded Best Female Country Vocal Performance and Best Country Song for her song, "You're Still the One." Ballerini was granted permission to borrow the dress, which currently lives in the GRAMMY museum, for 48 hours in order to honor Shania, who received the Poets Award at the awards ceremony.

"I am so blown away," Twain told Entertainment Tonight after seeing Ballerini in the gown. "She looks stunning. She looks like an absolute angel.” 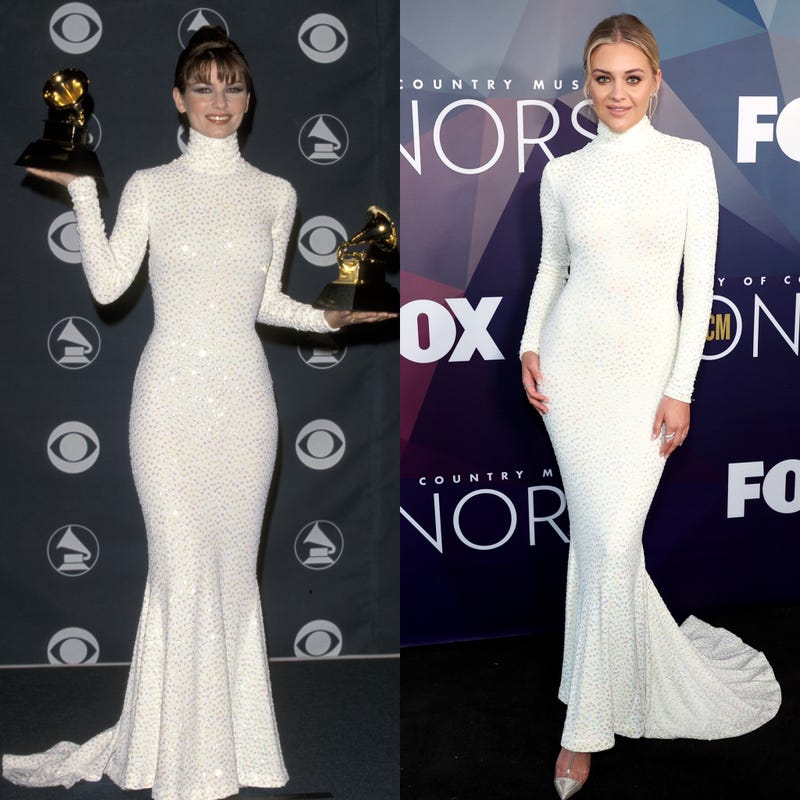 She continued "It was an incredible night for me at the GRAMMYs. That dress represented that experience, so I'm just happy to see it alive again. Now it has a new life, and it has new memories, and it's really great to be able to share that with other people, with another women. Obviously it's a huge compliment to be admired enough that someone would want to step into my dress."

Slipping into the dress was a Cinderella moment for Ballerini (literally) as it fit like a glove, which was a relief since alterations were prohibited. The only adjustment Kelsea made was the height of her shoes as she is taller than Twain. 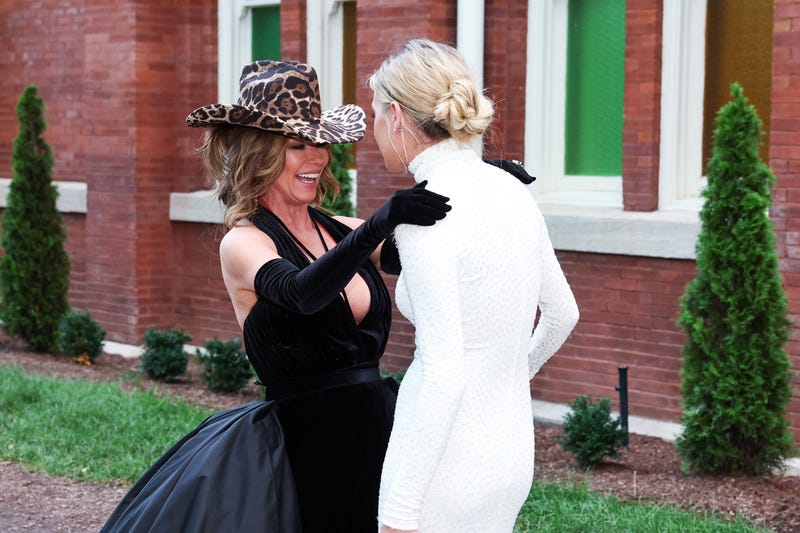 "It's Shania's night! When I was asked to be a part of it, to honor her, we were just thinking about every possible way that we can highlight every stage of her career," Ballerini said. "One of the things that I think she's an icon because of is her fashion, and the way she's always pushing boundaries. I wanted to honor that part of her too."

She continued, “It's only allowed to leave the museum for 48 hours, so I tried it on yesterday. I had back up just in case. We're not allowed to obviously alter anything so I am. I am just a little bit taller, and so far that's the only thing we noticed."

After sporting the iconic gown on the carpet, Ballerini slipped into a clone of Shania’s outfit from her video “Man! I Feel Like A Woman” for her performance of the song. 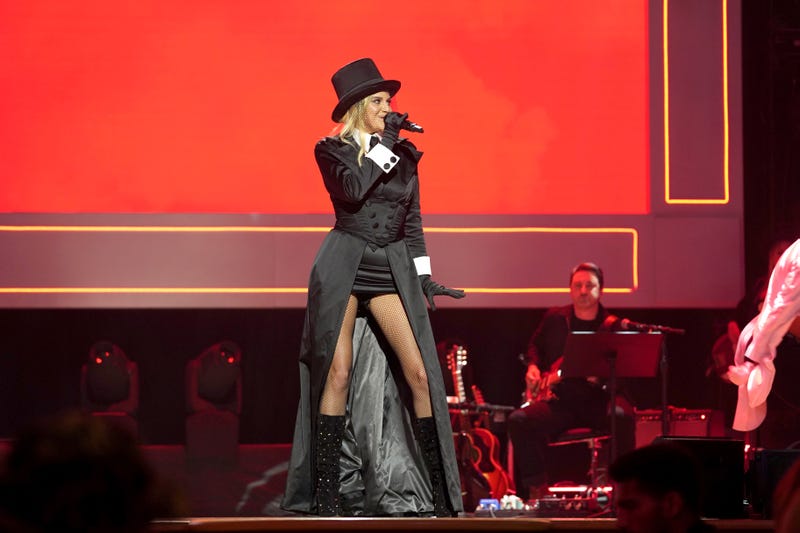 The night was a special one for Shania and all other honorees at the show which included Miranda Lambert, Morgan Wallen, Chris Stapleton and Yellowstone. The event was filmed and is scheduled to air on FOX Tuesday, September 13.