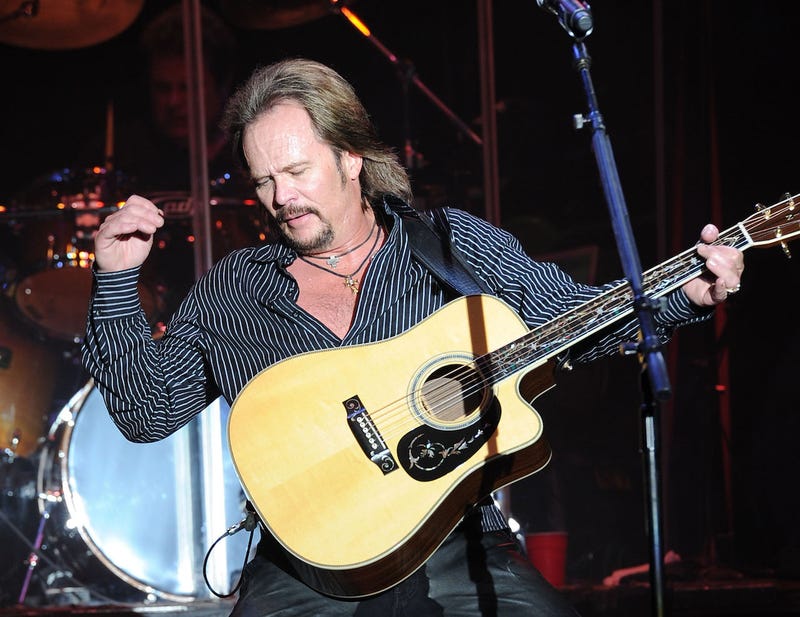 If one thing is for sure about ’90s Country star Travis Tritt, it’s that he knows how to command an audience. Whether he’s rocking out to “T-R-O-U-B-L-E,” inspiring a good mood with “Great Day To Be Alive,” or serving' up some 'tude with “Here's A Quarter,” he sure knows what fans want and isn’t afraid to give it to them.

Travis sat down with Audacy’s Coop to talk about the experiences that made him the legend he is today as well as the new music he has coming out next month.

In his early days, Tritt recalls fighting for the attention of his audiences who were often taken by the many distractions in the honky tonks he played. “I realized ‘man I gotta do something to get these people’s attention,’ because I was just kind of background music that they weren’t really paying attention to” Tritt told Coop.

“I went down to… the biggest music store around me… and I bought a brand new Fender twin amplifier and I bought a Stratocaster guitar and I… bought a 100-foot long guitar cord,” he continued. “I brought that back to my stage and… by that third set, I pulled out that Stratocaster and I would literally run out and jump on top of people’s tables. I’m kickin’ empty beer bottles over, the whole deal… They had no choice.”

It’s clear Tritt has mastered the art of capturing attention, as now he is known to capture an entire room with just his voice and a guitar. “I don’t consider those performances to be shows, really. They don’t feel like shows to me,” He shared. “It’s kind of like being in my living room and playing music for my family or for my friends.”

While over the past decade Tritt has solely been focused on live performances and touring, he is now readying to release a brand-new album, “Set In Stone,” on May 7. Included on the album, which will be his first in nearly 14 years, is a new single recently released by Tritt titled, "Smoke In A Bar."

“It was an absolute pleasure to get back in the studio again, it felt like I had never left,” Travis shared. The idea of new music came from Tritt’s most recent manager, Mike Cheese Brown who encouraged Tritt to treat old fans something new and collect new fans along the way. “We started talking about it and it really became an exciting idea in my mind.”