As excitement for the new Top Gun movie grows, turns out it’s a bit of a sore topic for some, including Tyler Joseph of Twenty One Pilots. Why? Because Tom Cruise axed the entire staff of the sequel at one point, including Joseph.

In an interview with KROQ’s Klein & Ally Show, Tyler revealed that he was tapped to write a song for Top Gun: Maverick, which debuts in theaters May 27, but was fired by Cruise before he could even finish the song.

"You know, funny thing, I was working with the music placement person for the new Top Gun on writing a new song for them,” he shared. “And then I believe Tom Cruise came in and just fired everyone."

Tyler continued on saying he was fired, “pretty soon after they brought me in to show me parts of the movie and what they were looking for and stuff...then I got word that there was a wholesale swap."

Forget Tom Cruise, Tyler and Josh of Twenty One Pilots went on to create their own cinema greatness with the 21 Pilot Cinema Experience, in theaters May 19th.

When asked if the the release of the cinema experience was just a slow play to get back at Tom Cruise, Tyler joked, "Yes. We're the only movie that can reference any sort of airplane or pilot. That's why we named our band this!" 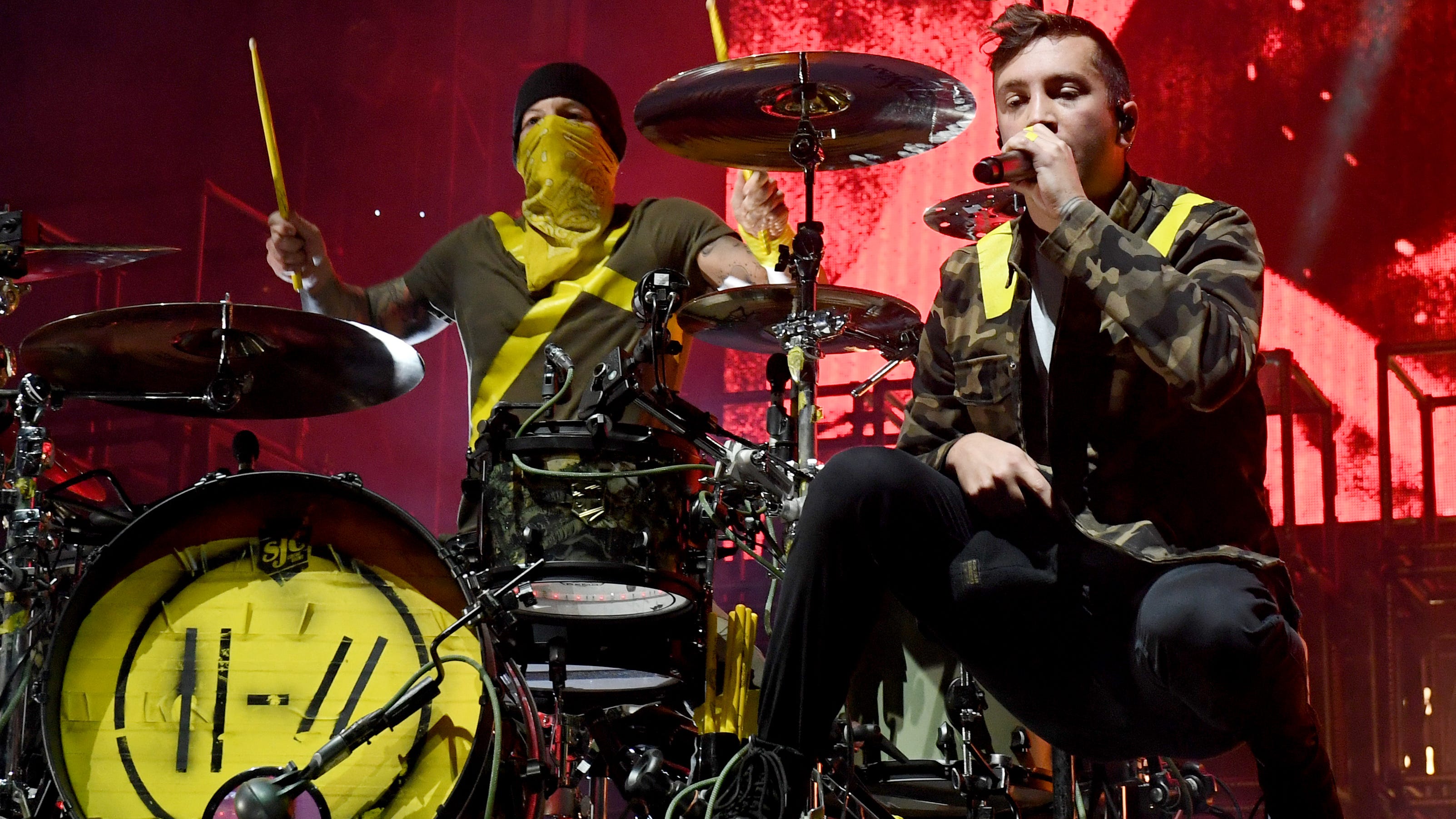 Twenty One Pilots are coming soon to a theater near you

Catch Joseph and Dun in their live-stream-turned-movie-concert on May 19. The project features an extended cut of the duo’s 2021 livestream performance celebrating the release of their latest album, Scaled And Icy, which was their first taste of new music in three years. According to a press release, the experience “delivers a psychedelic reimagined take on live theater and performance on a massive scale.”

Encore screenings will be available at select locations on May 22. Tickets are on sale now. For more information visit www.TwentyOnePilots.Film

Listen to Klein & Ally's full chat with Tyler & Josh airing on Monday on KROQ 106.7. Follow @kleinallyshow on IG & Twitter for the full video.