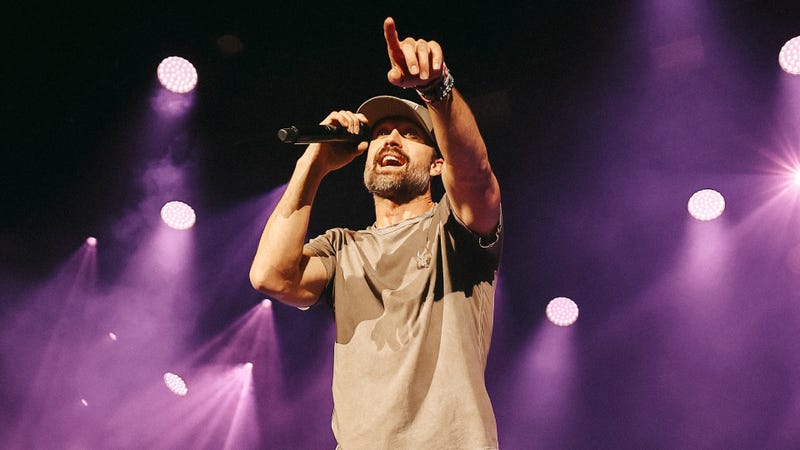 Since his wildly successful single, “Fancy Like,” Walker Hayes has been cranking out the bops left and right. As he heads full-speed down his self-made lane of TikTok Country, we can never wait to hear what’s next — especially when he hints it’ll include Nelly.

During a recent interview with Audacy’s Gunner and Cheyenne, Hayes hinted at the *strong* possibility of a collaboration with Nelly for a remix version of his recently released song, “Y’all Life.”

“I’m sure there will be version featuring him in the foreseeable future,” Walker said. Fitting to include the 47-year-old rapper as the song clearly refers to lyrics from his hit, “Country Grammar.”

“The real song is… ‘Goin’ down down baby, down by the roller coaster,’ and then Nelly changed it to ‘Down your street in a Range Rover,’” Walker explained. “Then we threw him a bone and took that line also and said — I was like, ’bro, I can’t afford a Range Rover,' so we’re going to throw my dream car in there, and it’s the Bronco.”

Working with Nelly would not only be a dream come true for Hayes, but his six kids as well who are regularly seen on his social accounts performing TikTok dances. “Nelly is one of my favorites. He’s such a good dude and we just love that song,” Walker said of “Country Grammar.”

"That song is top 5 for my family — my kids love ‘Country Grammar.’”

Can’t wait to hear more on the new version and see what kind of TikTok remix the Hayes kids will create!