By Michael Cerio, Audacy
Updated on

The forecast officially calls for KP5, and we’re celebrating with Katy Perry.

Join us for a special Audacy LIVE event with the 13-time GRAMMY nominee, letting us in on her life during this uncertain time, welcoming us into her home, and delivering an update on her upcoming fifth studio album – due out on August 14. 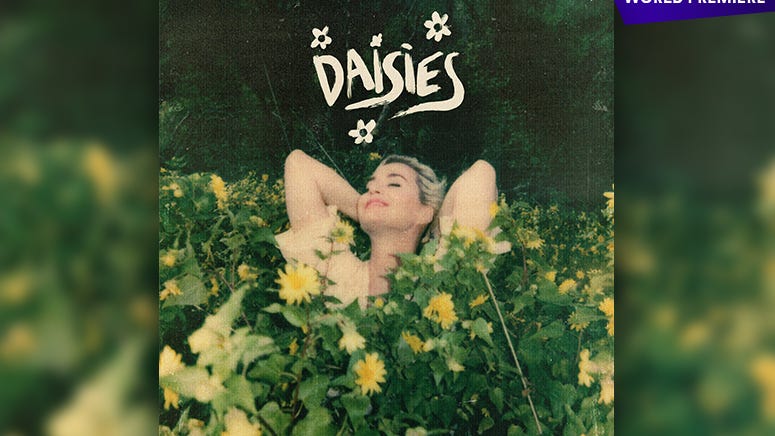 WORLD PREMIERE: Katy Perry Pushes Up With Power on 'Daisies'

Watch as Perry performs a few favorites, including her new song “Daisies,” which serves as the lead single for the new LP. The uplifting anthem is a look back at all the doubters and naysayers, spinning up their negativity into fuel towards her dreams. Perry pushes back with power, and sounds as unflinching as ever.

In addition to performing, Perry also offered us a look inside the last few weeks of social distancing for her and fiancé Orlando Bloom.

“I’m turning into Shrek, size wise, and Orlando is turning into The Hulk,” she joked. “It’s a real, real time for me. Feel all the feelings. I’m a planner. I’m a super-planner. And in the past, I’ve been a perfectionist or slash control freak, and all perfectionist slash control freaks are spiraling right now. And planners are spiraling. So, I’m spiraling a little bit, like, every day."

"But I also chalk it up to the uncertainty of being pregnant for the first time and having a child and not knowing."

Katy's performance from home of "Daisies" during Audacy LIVE is one of her first ever for the song, and the tune just so happens to be Bloom's favorite. Perry shared a few details about the album it's a part of, sharing that she started writing it while she was clinically depressed, yet the single and the LP both share a certain hopefulness.

"I don't put barriers on my musical experimentation," she explains. "This is a hybrid of everything I've done, past four records."

"It's definitely me wearing my heart on my sleeve and, it is what it is," she continues. "I hope people embrace the songs as their own. That's all I care about."

We still don’t know the name of Perry’s upcoming album but we know it arrives everywhere on August 14, and will be her first full release since Witness dropped in 2017. Everything we’ve heard since then from the American Idol judge has hit a little different, with songs like “Never Really Over,” “Small Talk,” and “Never Worn White” all displaying a fresh sense of self, with Katy capturing a new kind of confidence and earned energy. The soon-to-be wife and mother has slid into a new standpoint, and with it comes a new magic.

The next era from Perry is upon us, and it’s starting in style on Audacy.