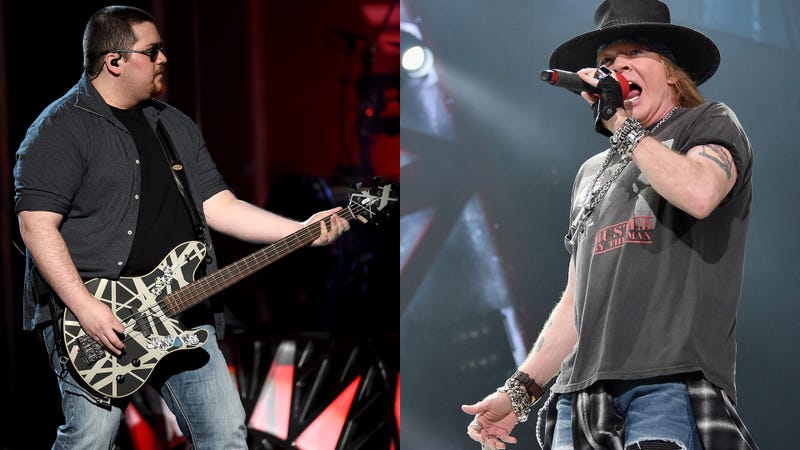 On most tours, the night is done for most opening acts after their set ends. They can take in the show from the headliner, call it a night and get some rest, or partake in any other activity away from the stage.

That wasn’t the case though at the Seminole Hard Rock Hotel & Casino in Hollywood, Florida the other night as Guns N’ Roses welcomed Wolfgang Van Halen with open arms to the stage to close out their set.

“Wolfgang Van Halen, do you know how cool it is to say that?” Rose told the audience as Van Halen walked out on stage. “That’s f*****g cool, you’ll understand. We’re talking legacy.”

Van Halen got to close out the night with GNR as the duo launched into a ferocious version of “Paradise City.”

It was a wonderful gesture on GNR’s behalf as the show marked their final stop on their American tour.

Van Halen had been providing support throughout Guns N’ Roses' 2021 dates as it represented the inaugural tour of Mammoth WVH. On GNR’s end, the show came just days after they dropped their brand new song “HARD SKOOL,” which they debuted a few shows prior.