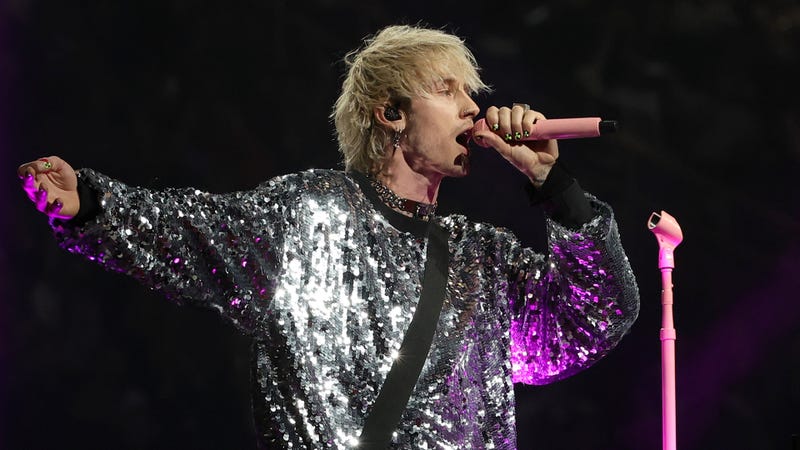 Machine Gun Kelly showed up to celebrate Kelly Clarkson’s 40th birthday during a special episode of The Kelly Clarkson Show last Friday and turns out, he might just be the best gift-giver of all time.

MGK’s appearance was a complete surprise, not only for Kelly’s live studio audience, but for her as well. Cutting her off mid-sentence and yelling “Happy Birthday,” the 32-year-old ran down the aisles of the audience in leopard-print slippers to embrace Clarkson.

“I woke up 15 minutes ago. I forgot my shoes,” he laughed before telling Clarkson he’d never forget her birthday because it’s two days after his.

The surprises didn’t stop there! MGK then yelled, “hit it ladies” prompting the all-female mariachi band, Mariachi Bonitas, to serenade Clarkson and a queso fountain and bottomless margarita bar to magically appear.

“I love this show!” Clarkson exclaimed.

Kelly’s birthday show was the big finale to a week of 80s-themed shows, Kelly’s way of honoring the decade she grew up in. Additional guests on her birthday show included Kelly’s childhood best friend, Mary, the cast of The Rookie, Michael Ealy, Rick Astley and more.