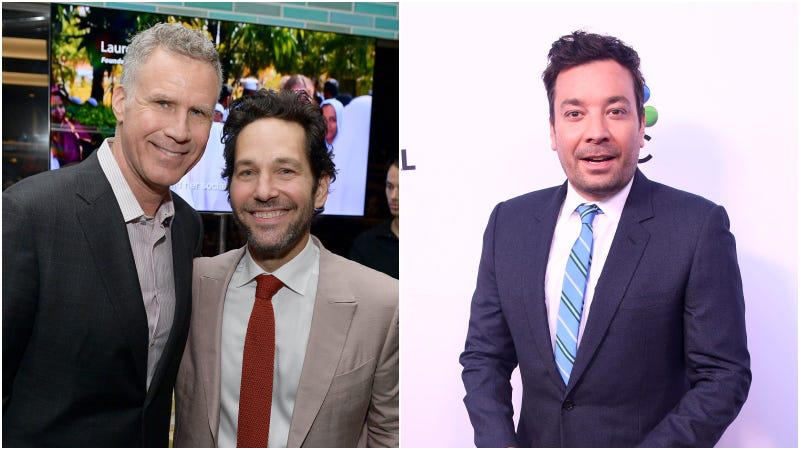 The hilarious clip started with Fallon coming out in a similarly ridiculous brown wig, keyboard tie, and oversized suit as he belted out the song’s opening lyrics and got heckled line-by-line by Ferrell.

Ferrell never missed a beat and questioned all of Fallon’s words.

After Fallon sang “seamstress for the band,” Ferrell responded, “The band has its own seamstress? That seems excessive.”

They continued back and forth, until Rudd appeared to join Ferrell in the comedic banter. The jokes and one-liners came fast and furious and were also hysterically random at times.

The insanity went into overdrive and eventually ended up with Ferrell and Rudd on stage wrapping Fallon in bed sheets, because why not?!

During another segment of the pre-taped Thanksgiving episode of the late-night show, Ferrell gave Fallon some insider information on Rudd recently being named People’s Sexiest Man Alive.

"When we announced it on our show, the audience went nuts because everyone loves Paul Rudd,” Fallon said.

That’s when Ferrell let it be known Rudd was not the magazine’s first choice.

"I'm totally cool with it,” Ferrell added, “because I turned it down." 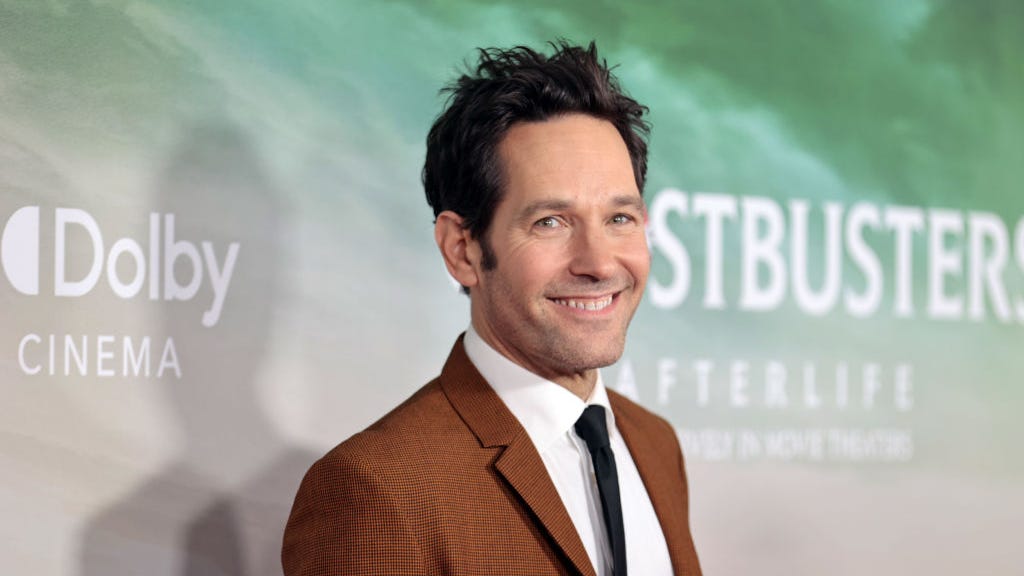 While he was clearly joking, Ferrell continued: "I called Paul. I go, 'Paul, I can't do it but something's coming your way.’”

When not cracking up audiences with their wicked senses of humor, Ferrell and Rudd currently star on the Apple TV+ psychological drama series “The Shrink Next Door.”