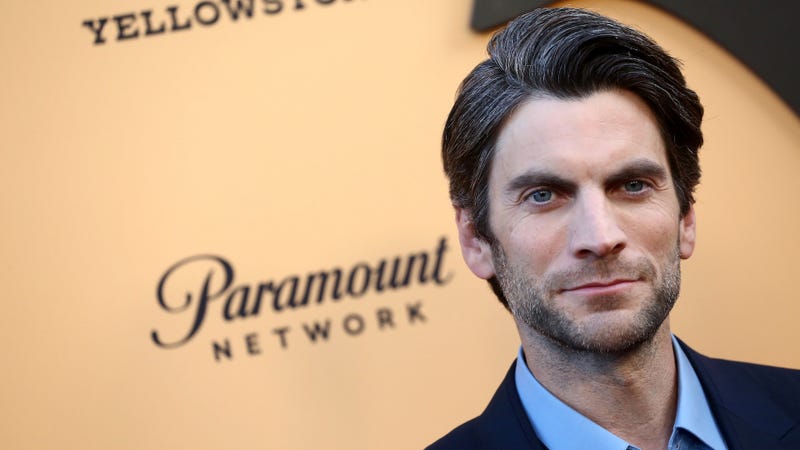 OK, Yellowstone fans… now we’re getting somewhere! Not only did last night’s jam-packed episode serve up some new twists, it also revealed fresh info on drama that’s been in full swing since the attack on the Dutton family at the end of season 3 (finally!!)

Early in the episode, Jamie and his biological father, Garrett Randall, appear to have a strengthening bond as they enjoy Jamie’s newly-purchased estate. The acquisition of the property, formerly filled by Time Equities exec, Roarke (the one who got the “snake in a cooler” treatment by Rip), only puts more pressure on the Duttons to sell their ranch. So Jamie is a bad guy, right? Wrong. Errrr actually, we can’t tell!

Meanwhile, at the ranch, John Dutton (Kevin Costner) asks son, Kayce to visit Jamie to gage his reaction to the massacre and ask for an interview with inmate Riggins, the man on the papers given to John by Chief Rainwater. Dutton believes Jamie’s loyalties will be revealed by his reaction to the prison files. Kayce agrees.

Kayce sticks to his word (as always) and visits Jamie at his office for what turns out to be a (seemingly) loving conversation between the brothers. Jamie agrees to question the inmate and tells Kayce he’s still been protecting the Dutton family at all costs. Finished off with an “I love you” from each brother we are more confused than ever about where Jamie’s loyalties are!

To end the episode, Jamie reviews Riggins’ prison files which reveals a familiar name as a past cellmate… Garrett Randall!! Dun dun dunnnnn.

On top of the newly confirmed info about Randall, the episode gives us a glimpse into ranch hand Jimmy’s new West Texas life, a new job offer for Beth, Kayce’s desperate efforts to save his family’ and the on-going rough-housing that happens at the bunkhouse.