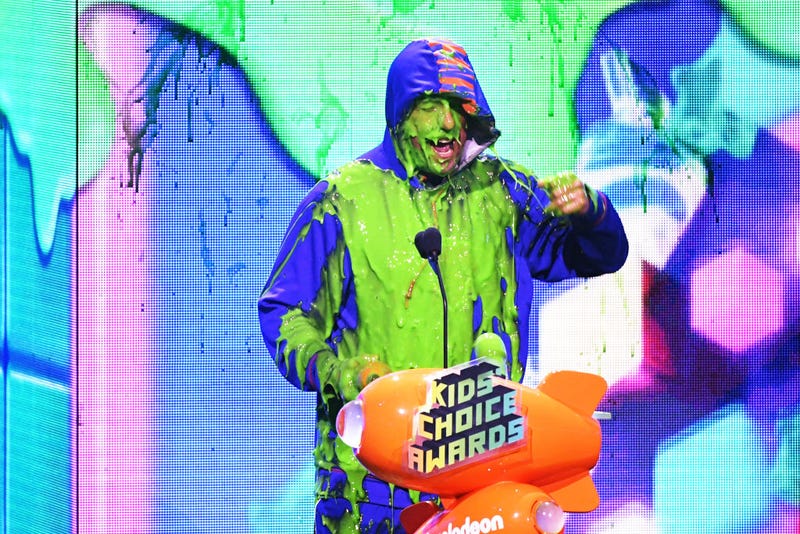 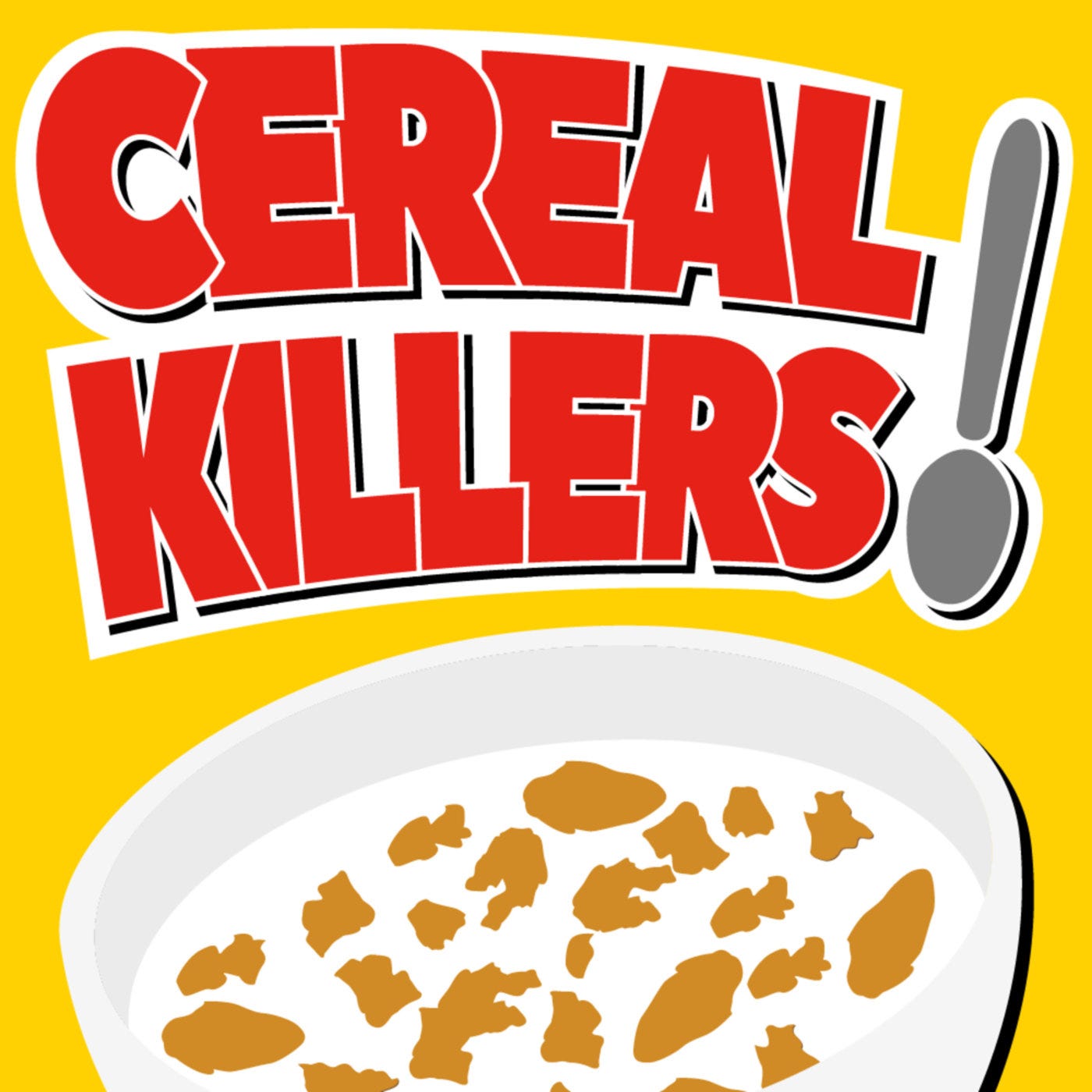 That’s right, Kellogg’s has taken the scrumptious apple taste of their classic breakfast treat and run a bunch of slime green “Double Dare” nostalgia all through it. 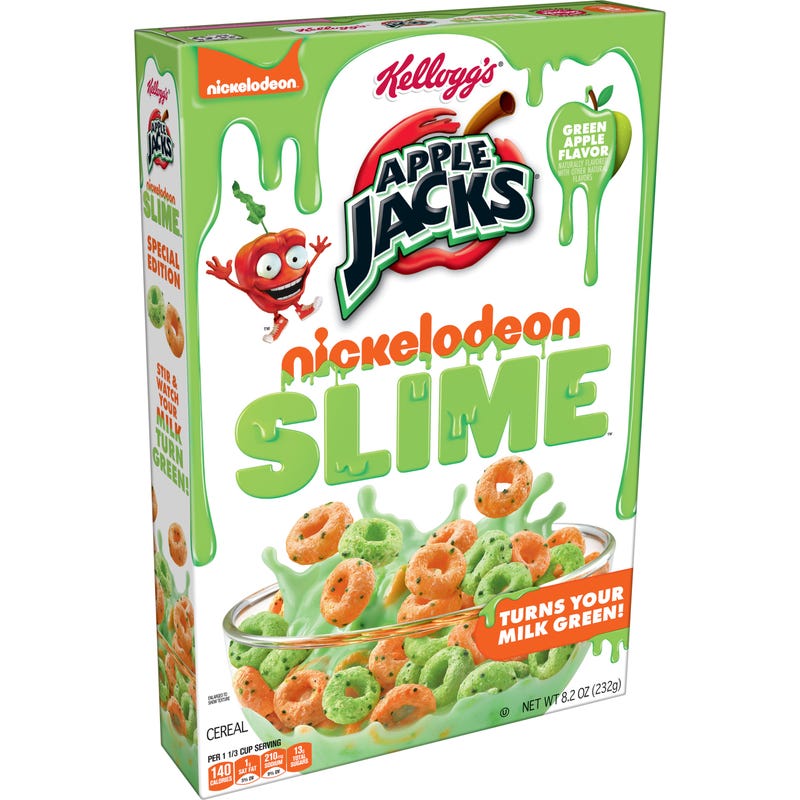 You’ll still get those iconic sweetened and toasted orange/green loops with their tangy green apple flavor, but now they’ve added little green flecks that – once the milk is poured – will turn the liquid a wild shade of Nickelodeon Slime green right before your eyes. 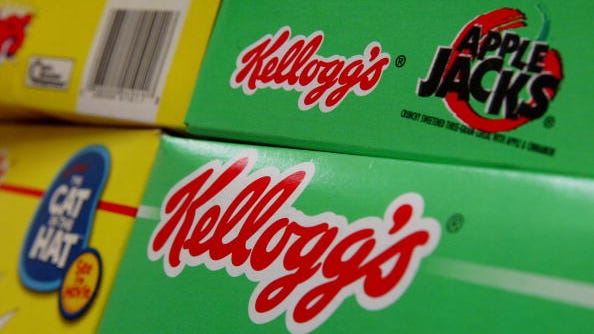 “Both known for our bright orange and green colors, Kellogg’s Apple Jacks and Nickelodeon Slime are a perfect pairing,” said Sadie Garcia, Director of Brand Marketing at Kellogg All Family Cereal.

“Kids and adults alike will recognize the fun and spontaneity of Nickelodeon Slime from many of their favorite Nick shows,” said Priya Mukhedkar, Senior Vice President, Toys and Packaged Goods, Paramount Consumer Products. “We are excited to bring our iconic green Slime to fans in a whole new way with Kellogg’s Apple Jacks Slime.” 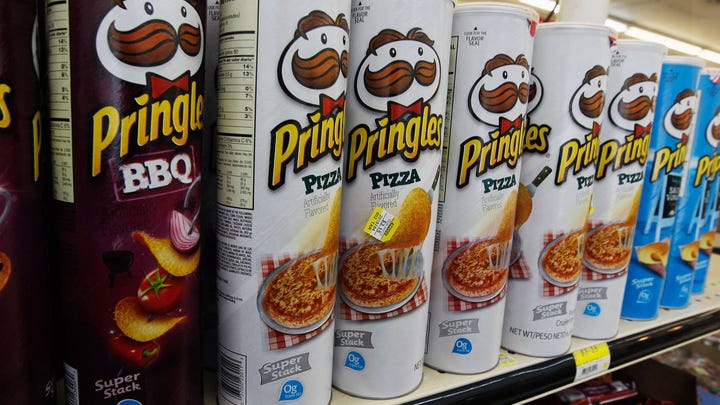 Why Pringles is asking fans to rename a spider

If this sounds intriguing and you want to “Figure It Out,” grab up some boxes soon. They’re available nationwide, but only for a limited time starting this month.