There has been a reset in the wide receiver market this offseason and some of those entering the final year of their contract are looking for a big payday before the start of the season.

Both the Titans and Commanders began their voluntary offseason programs on Monday while the Niners begin theirs on Tuesday.

McLaurin still plans to report to Washington’s facilities, according to Schefter.

Neither of the three receivers were first-round picks, meaning that their respective teams could not exercise a fifth-year option for 2022.

Tyreek Hill also signed a four-year, $120 million deal after being traded to the Miami Dolphins with $72.2 million guaranteed.

All three contracts are worth more than $28 million annually.

The 49ers’ Samuel has made his feelings clear about a new deal after scrubbing references of the team on his Instagram account.

The 26-year-old had a breakout season, finishing fifth with 1,405 receiving yards and caught six touchdowns while also rushing for eight touchdowns, the latter an NFL single-season record for a receiver.

He recently revealed he has received death threats and racist messages from fans since expressing his desire for a new deal. 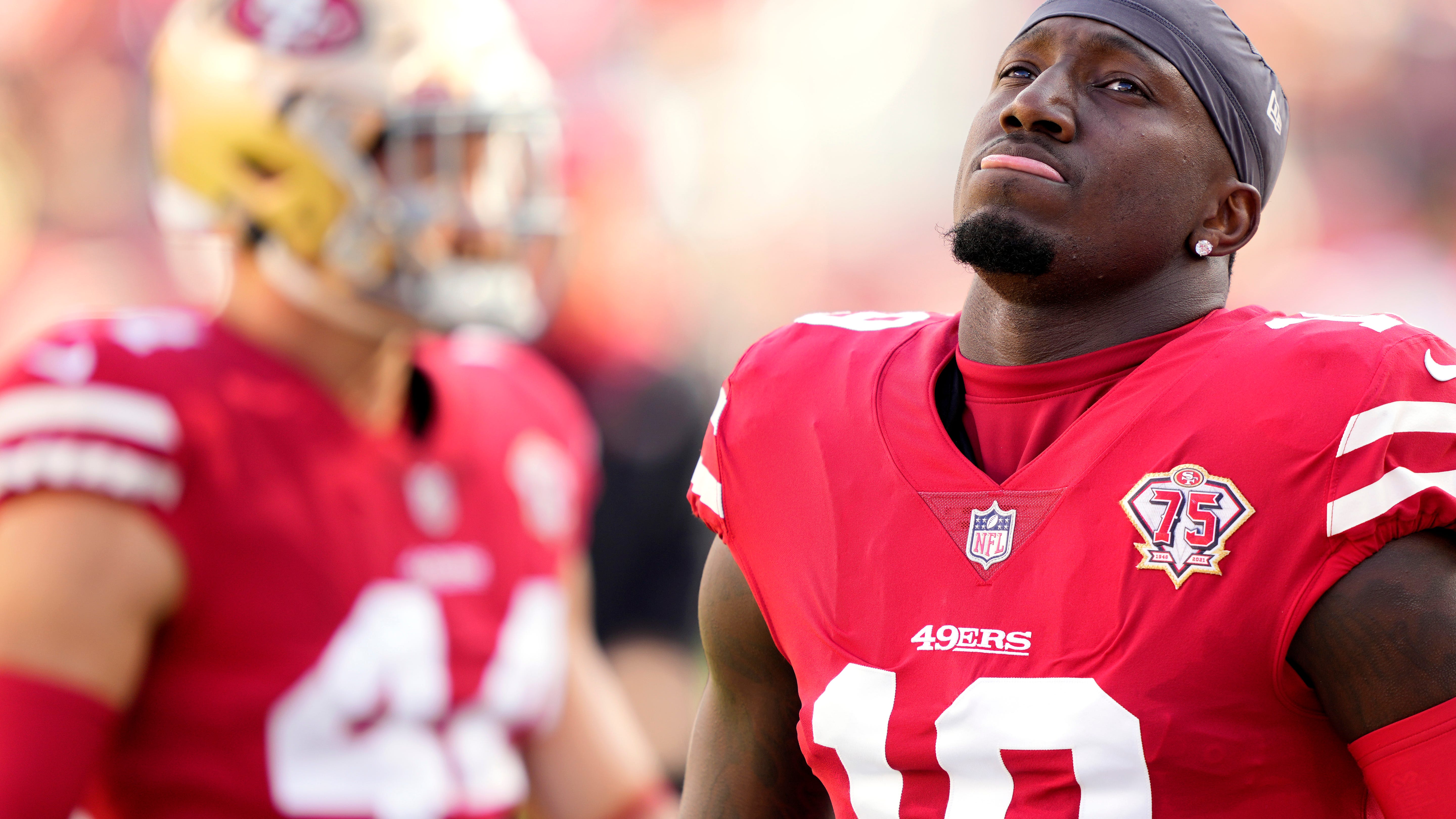 Brown, 24, posted back-to-back 1,000-yard seasons with the Titans but injuries held him to just 13 games last year in which he finished with 63 catches for 869 yards and five touchdowns.