In what might be the most 2022 problem ever, there’s currently some disagreement around Draymond Green’s podcast.

To catch you up: the Golden State Warriors defensive star started a podcast last year that he regularly records. It’s entertaining and informative, but a faction of fans found it curious that he continued recording episodes during the playoffs – including after each NBA Finals game.

Things really heated up when a reporter asked Green after the Warriors’ Game 3 loss if he was worried that the X’s and O’s he was giving in his podcast might be giving the Boston Celtics intel. Green fired back at the reporter, insisting he wasn’t giving any info on his podcast that he wasn’t giving in a press conference forum and that the example the reporter cited wasn't actually X's and O's (more on all of that here).

So, naturally, Green addressed that feud – and the overall criticism of his podcast – on his podcast early Thursday morning.

“So, you’re just searching for something?” Green said of the reporter, Bleacher Report’s Jake Fischer. “You’re of the masses that Draymond shouldn’t be doing a podcast during the NBA Finals. Sorry sir, but saying we need to stop Derrick White, Al Horford and Marcus Smart is not really X’s and O’s – unless that is high as your IQ level reaches in the game of basketball. And if that is the high as your IQ level reaches, then I totally understand thinking that is X’s and O’s. But that’s not quite X’s and O’s.

There you have it. Trophy or not, the podcast lives on. 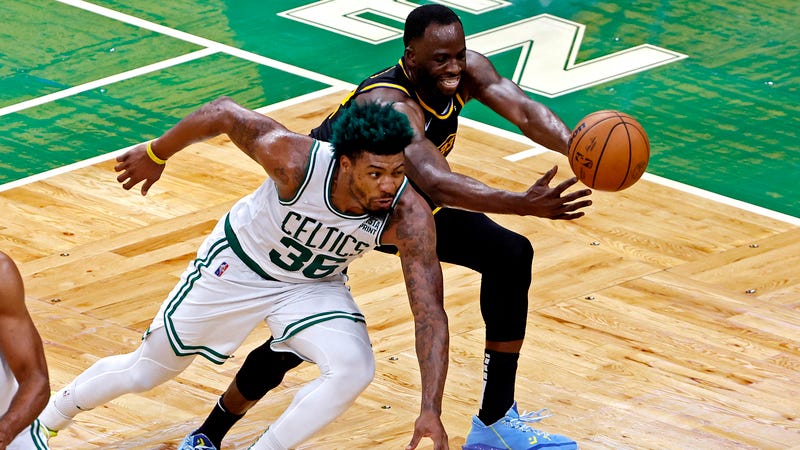 Draymond Green on Game 3 performance: 'One of the worst games of my career'