The best team in baseball went up against the best pitcher in baseball on Wednesday night, and the latter came out on top.

Jacob deGrom twirled seven innings of one run ball to help get the Mets a big win over the mighty Dodgers, striking out nine against one walk while allowing just three hits along the way.

It all added up to arguably the best lineup in the league tipping their cap to the dominant New York ace.

“I don’t even know how to really answer,” Mookie Betts said when asked what made deGrom so tough to face. “He's pretty much the best, maybe the best to ever pitch. He’s a tough task.”

Los Angeles boasts a fearsome top of the lineup that includes stars like Betts, Trea Turner, Freddie Freeman, and Will Smith, all of whom came into the night holding an OPS above .810. But they weren’t able to get much of anything going against deGrom.

“He just kind of lives on the edge too,” Betts said. “Then he has 101, and when he does leave it over the plate, you swing and miss or foul it off. It’s very hard to hit off him.” 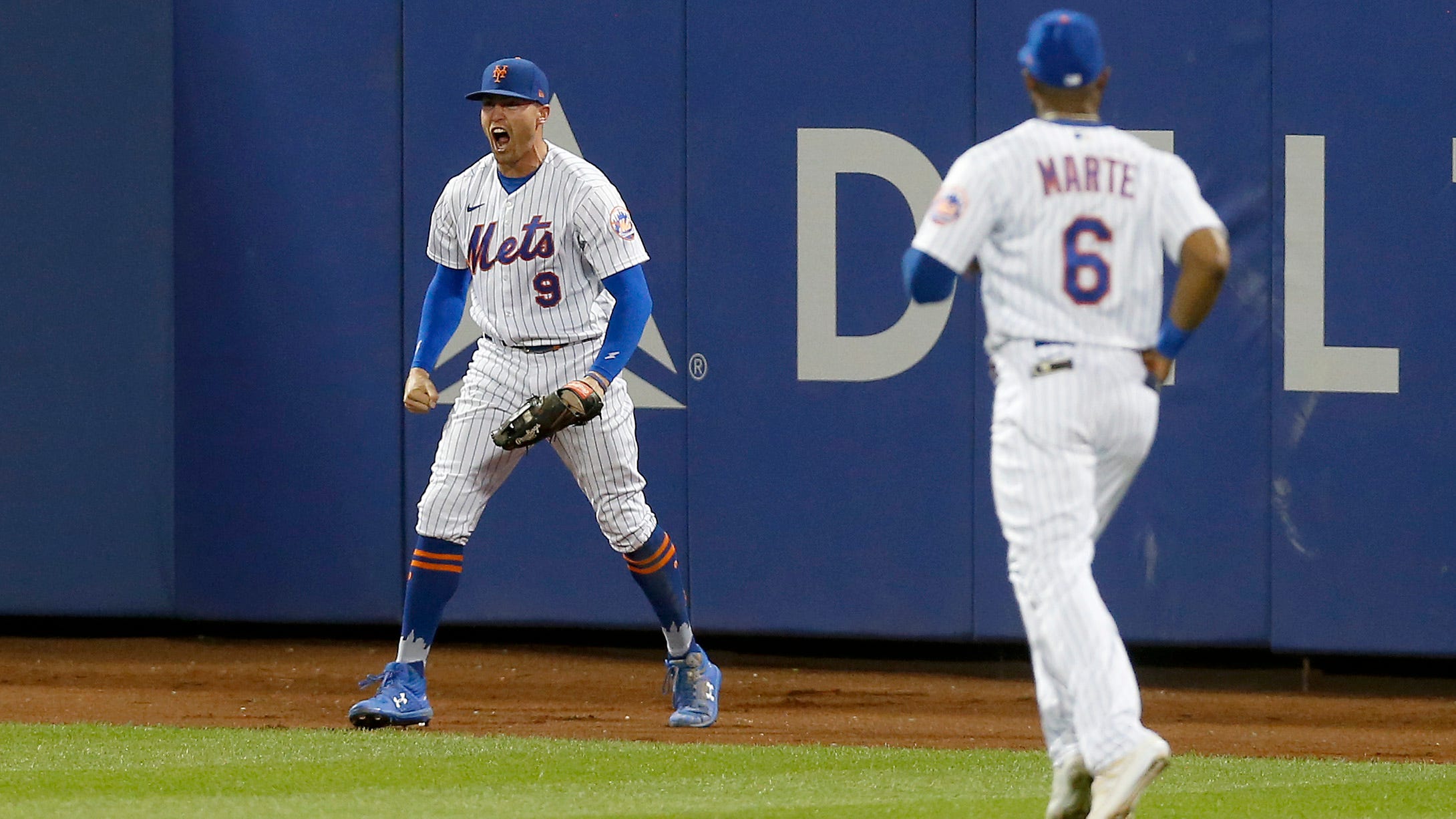 Brandon Nimmo makes catch of the year for Mets: 'One of the best plays I've ever made'