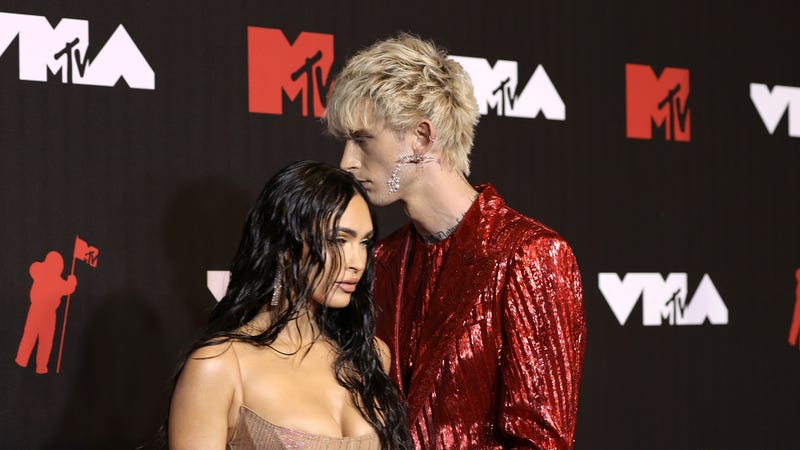 While it may have been weird to hear Machine Gun Kelly officially going by his real name, Colson Baker, during his latest appearance on The Tonight Show with Jimmy Fallon -- what's even more strange is the painful story he told about a failed attempt to impress now-girlfriend Megan Fox.

You know how it goes: It's all fun and games until someone tosses a knife into the air. Colson, wearing a tee shirt featuring his flame Megan during his appearance on Wednesday night, told Jimmy about that one time he knifed himself in an effort to grab his muse's attention.

“I threw it up and it stuck in my hand,” Kell...err... Baker explained, showing Fallon his scar as proof. “You know how you throw it up, and you’re supposed to catch it? I looked at her and I was like, ‘check this out.’” Obviously, the trick failed, and the following morning he knew it was time to get patched up. “I was like, ‘yo, I need stitches real quick.’” Kelly is now going by his real name for the first time since his teens, crediting director Cameron Crowe for the push to make the change while on the set of Roadies. The musician has been making a name for himself as an established screen actor, appearing most recently in The Last Son alongside Sam Worthington, as well as his roles in Bird Box, The Dirt, Project Power, Midnight In the Switchgrass with Megan Fox, and more.

Listen to more of your favorite music on Audacy's Alt Now, '90s and Chill, and ALT Roots exclusive stations -- plus check out our talent-hosted Kevan Kenney's Music Discovery, Megan Holiday's My So Called '90s Playlist and Scott Lowe on the Go's Post Modern Music Box!