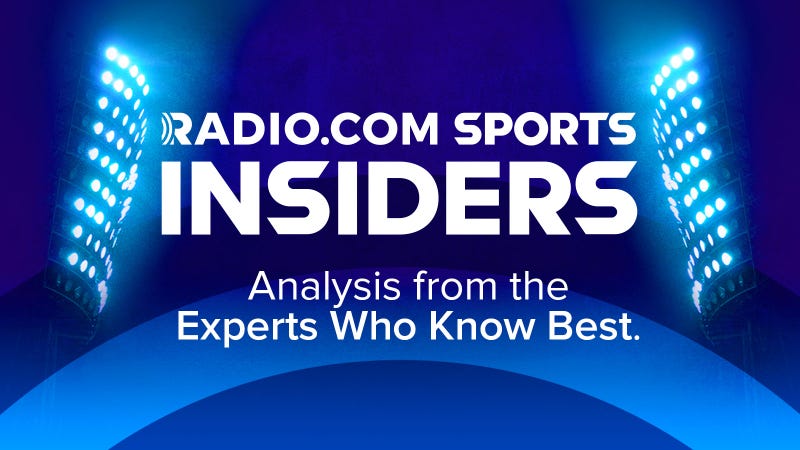 Joe Girardi is a true athletic powerhouse. He has grown from a little-known journeyman catcher into a true leader – universally liked and respected, known for being well-spoken, intelligent and a world-class athlete and manager. Girardi made his Major League Baseball debut in 1989 and participated in 15 major league seasons as a catcher with the Chicago Cubs, Colorado Rockies, St. Louis Cardinals and New York Yankees. In 2005, Girardi accepted the manager position for the Florida Marlins, guiding them to a surprising Wild Card contention. In 2007, Girardi became manager of the Yankees, leading them to their 40th AL pennant and their 27th World Series title in 2009.

Ross Tucker, a former All-Ivy and two-time All-American at Princeton University, went on to have a seven-year career in the NFL as an offensive lineman. During his career, Ross played for the Washington Redskins, Dallas Cowboys, Buffalo Bills and New England Patriots. He was named to the USA Today All-Joe Team in 2003 before retiring in 2008. Ross is an owner and host for the RT Media Podcast Network, which includes the Ross Tucker Football Podcast.

Before joining CBS Sports, Jason La Canfora was the Washington Redskins beat writer for The Washington Post for six years and served as NFL Network's insider. The Baltimore native can be seen during the season on The NFL Today on CBS, and continues to serve as CBS’ lead NFL Insider.

Brian Baldinger is a former NFL offensive lineman who played for the Dallas Cowboys, Philadelphia Eagles and Indianapolis Colts over the course of his 12-year playing career. After his playing days were complete, Brian pursued a career in broadcasting. He rose fast, and was brought on as the in-game color commentator for Fox’s NFL games. Brian hosts numerous NFL-centric radio talk shows, and currently serves as a lead analyst for NFL Network, Compass Media Networks and FOX, alongside his new role as a RADIO.COM Sports Insider. Also an author, Brian wrote “A Path to Clear Messages”, and is a lead writer for Footballstories Magazine, a publication that is in its 16th season. Brian and his two brothers, along with the three Watt Brothers, are the only two groups of three brothers to be simultaneously active in the NFL.

After a dominant career at the University of Southern California, Brian Scalabrine went on to have a successful 11-year run in the NBA, playing for the New Jersey Nets, Boston Celtics and Chicago Bulls. He won a NBA Championship with the Boston Celtics in 2008. After retiring as a player, Brian’s knowledge of the game attracted various coaching offers, and he spent a single season with the Golden State Warriors in 2013. Brian later opted to broadcast, and was hired as a television analyst for the Boston Celtics. He is also co-host of “The Starting Lineup” on SiriusXM NBA Radio. The White Mamba thought he was done playing, but Ice Cube convinced him to return to the court and join the Big3 basketball league, where you can now watch Scalabrine ball out as captain of the BALLHOGS.

Armando Salguero has covered the NFL since 1990. He is a Pro Football Hall of Fame selector and is a voter for the Associated Press All-Pro team and its annual awards. He has worked as a national reporter for ESPN, and covers the Miami Dolphins and the NFL for the Miami Herald.

Jon Heyman is a leading MLB insider. He began his sports writing career for the Daily Dispatch in Moline, Illinois, and went on to write for Newsday, The Sporting News, Sports Illustrated and CBS Sports. Currently, Jon is the baseball insider for MLB Network, which he has been a part of since it was founded in 2009. He is also the MLB insider for FanRag Sports Network and the senior writer for Today’s Knuckleball.

Ric Bucher is a NBA analyst for FS1 and the host of the Bucher & Friends podcast. In addition to these roles, Ric is the senior writer and NBA analyst for BleacherReport.com. Ric is a former SiriusXM radio host who has also worked as an NBA analyst, senior writer, and columnist for ESPN, ESPN.com and ESPN The Magazine. Ric has also spent time writing for the San Jose Mercury News and The Washington Post.

Michael Irvin, also known as “The Playmaker”, is a retired NFL Wide Receiver who played 12 seasons for the Dallas Cowboys. He was inducted into the Pro Football Hall of Fame in 2007, having helped the Cowboys secure three Super Bowl wins during his career. Michael holds numerous Cowboys & NFL records from his illustrious playing career. After his retirement, Michael went on to have an incredibly successful career in entertainment and broadcasting. He was the lead analyst on ESPN’s Sunday NFL Countdown, and currently works as an analyst for NFL Network.

Michael Lombardi is a former NFL coach and executive. As recently as 2016, Michael was an assistant to the coaching staff of the New England Patriots. He has also served as an executive for the San Francisco 49ers, Philadelphia Eagles, Oakland Raiders, and Cleveland Browns. Since then, Michael has had great success as an NFL analyst on radio and television. He currently works for the sports website The Athletic, hosts his own podcast “The GM Shuffle,” and co-hosts a morning sports program on Sirius XM for Vegas Stats & Information Network. He previously worked as an analyst for the NFL Network, and as a writer for NFL.com.

Tony Gwynn Jr. is a former MLB Outfielder who played for the Milwaukee Brewers, San Diego Padres, LA Dodgers and Philadelphia Phillies over his 10-year professional career. He is the son of legendary Padres outfielder and Hall of Famer, Tony Gwynn Sr. Tony is the color commentator for the Padres Radio Network and also co-hosts his own show on the station. Tony is also the co-host of ‘Big Time Baseball: Players Edition’, a RADIO.COM Sports Original Podcast focusing on the best stories surrounding MLB from the players’ perspective.

Eliot, a Temple University graduate, has been covering the Eagles every day, all day for the last six seasons. An Associated Press award winner for his coverage of the team, Eliot has also had two books published on Philadelphia sports and the Eagles — More Than a Game and Eagles Fly. You can check out Eliot’s Eagles coverage daily on 94WIP.com and on the Go Birds podcast. Follow Eliot on Twitter at @EliotShorrParks. ​

Channing Crowder is a former Linebacker for the Miami Dolphins, where he played for six seasons. He abruptly retired in 2012, and joined WQAM in Miami as a Sports Radio Host. He is currently co-host of the Hochman & Crowder show on 560 Sports Radio WQAM.