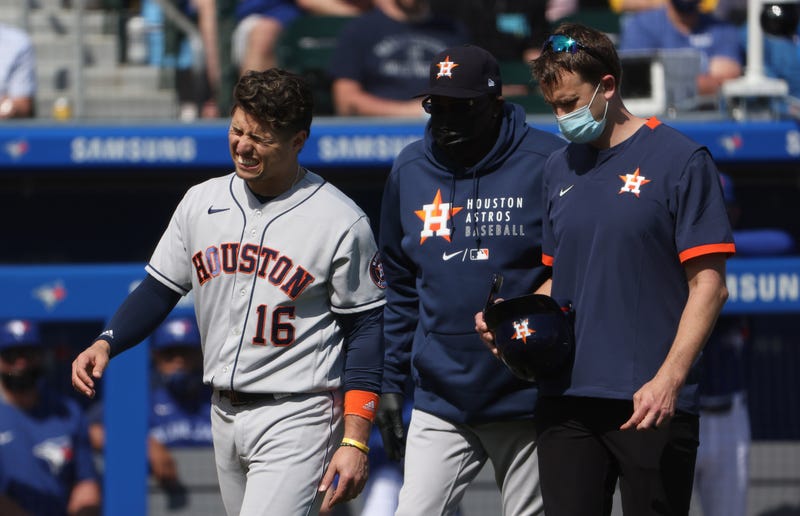 Diaz started his rehab assignment at the Astros complex in West Palm Beach, FL after fracturing his left hand in a game against the Toronto Blue Jays on June 5. He's batting .278 with three home runs and 18 RBI in 34 games this season.

Baez, who the Astros signed to a two-year, $12.5 million contract in January, has yet to appear in a game in 2021. He tested positive for COVID-19 during spring training and he then injured his shoulder during his ramp-up for the season.

He made his first rehab appearance for Low-A Fayetteville on Thursday and allowed one hit in a scoreless first inning against Salem, throwing 11 pitches, eight for strikes.

The Astros have not given timelines for when either player will join the Astros.