(SportsRadio 610) - Texans rookie cornerback Derek Stingley Jr. is still recovering from a torn ligament in his left foot, which could limit his time on the field at spring practices over the next few weeks.

Stingley, who the Texans selected No. 3 overall in last month's NFL Draft, had surgery to repair the torn ligament last September.

"He played three games there with the foot (injury), and he wasn't really healthy. It kind of speaks to his competitiveness and his toughness," Caserio said. "When he was able to get out there in the spring and actually test and show he is at least making some progress. I'd say he definitely still has some work to do in terms of being ready to go for camp."

Caserio then noted Stingley's size (6 feet, 190 pounds), speed and downfield ball skills. He also mentioned Stingley's competitiveness, his understanding of technique and the talent faced while playing at LSU.

"I'd say he's certainly working through it here this spring. Not specific to Derek, but during the course of the spring, we'll have different players in different stages that may or may not be available for practice. It doesn't necessarily mean anything. It just means that we're kind of working through our process with those players, but the expectation is those players will be ready for training camp." 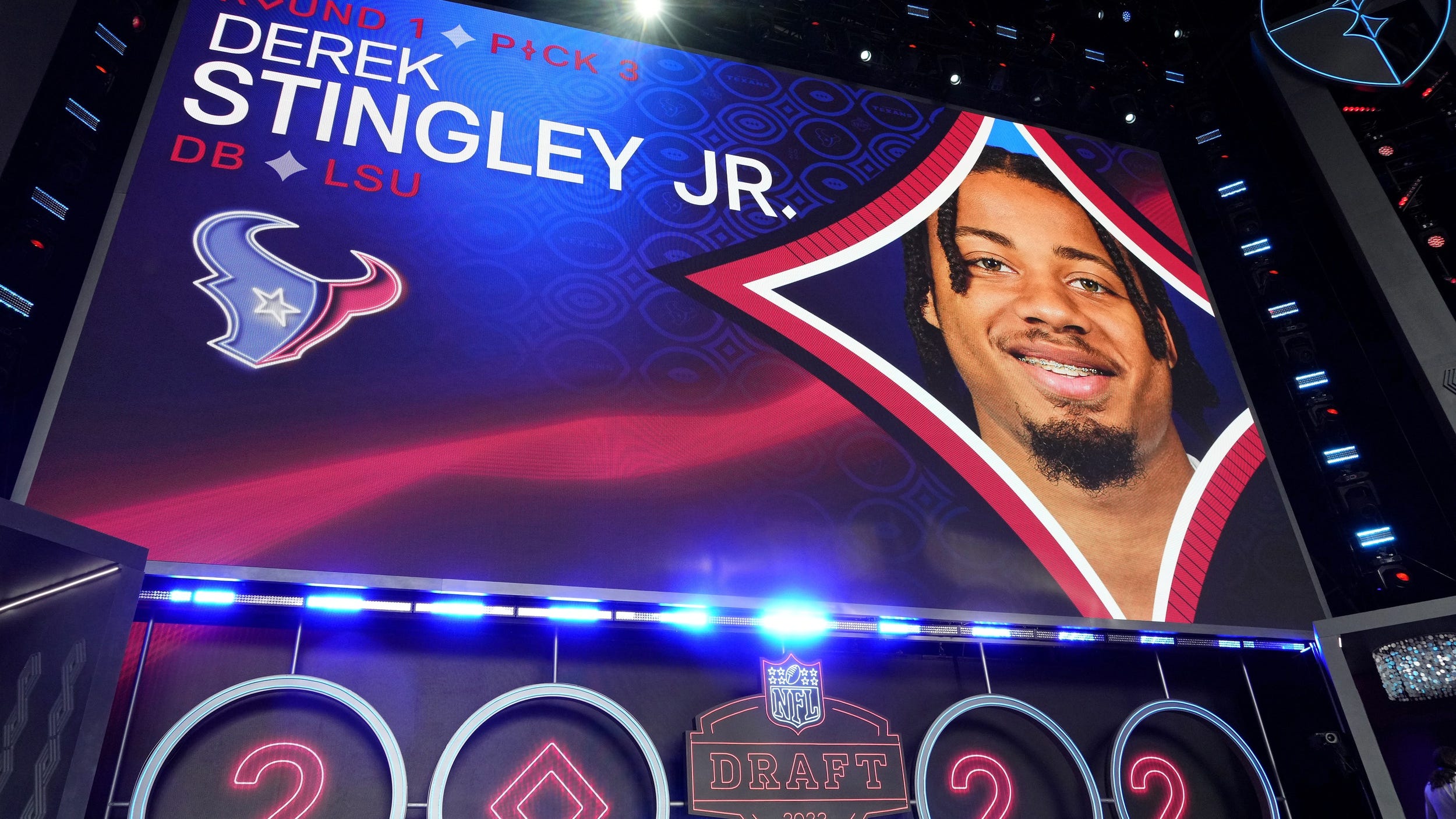 Texans rookie CB Derek Stingley Jr. says team is trending upward: 'Things are going to be different from the past'