It did not take long for Dodgers fans to make their pitch for Juan Soto during Tuesday’s All-Star Game in Los Angeles.

A video shared on social media showed fans in the bleachers behind Soto in center field were serenading the 23-year-old star with chants of “Fu-ture Dod-ger.”

Soto seemed to play along with the fans, turning around toward them and flashing a smile, much to their applause.

An underrated moment in the clip is that by doing this, Soto did not realize how many outs there were and that the inning was over as he quickly noticed he needed to get off the field and jogged away.

The Washington Nationals star, who won Monday’s Home Run Derby, has been all the talk this week at the All-Star Game after the Nationals are reportedly willing to listen to trade offers on Soto.

The Dodgers are always a possibility for big-time stars, even already having one of the most talented rosters in baseball. In recent years they have traded for Manny, Machado, Mookie Betts and signed Freddie Freeman as a free agent.

It is no sure thing Soto would be traded by the Aug. 2 deadline as he is not set to become a free agent until after the 2024 season.

This could be something that drags out for a while, but in the meantime, Dodgers fans remain hopeful they can land yet another big star in Soto. 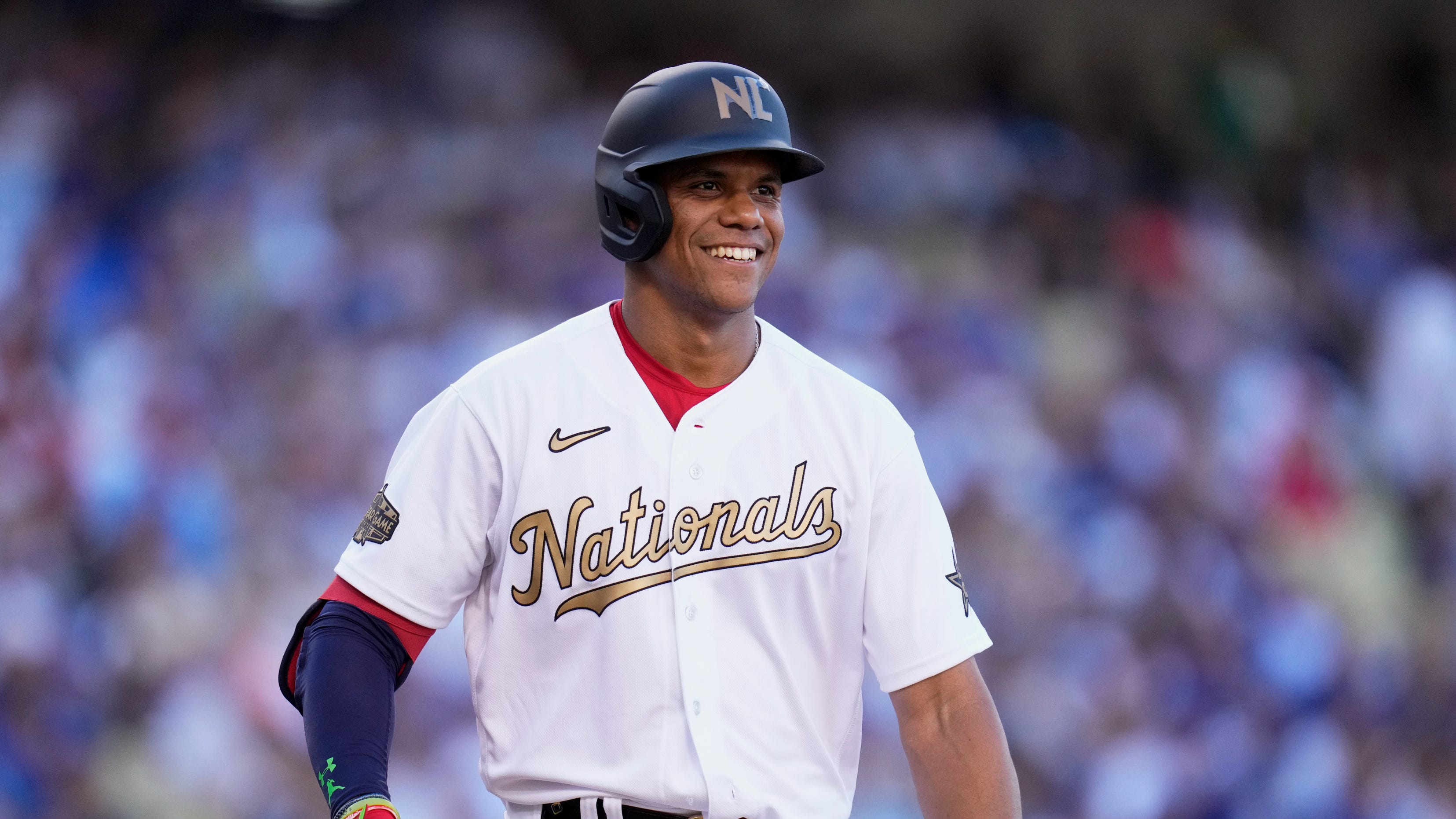