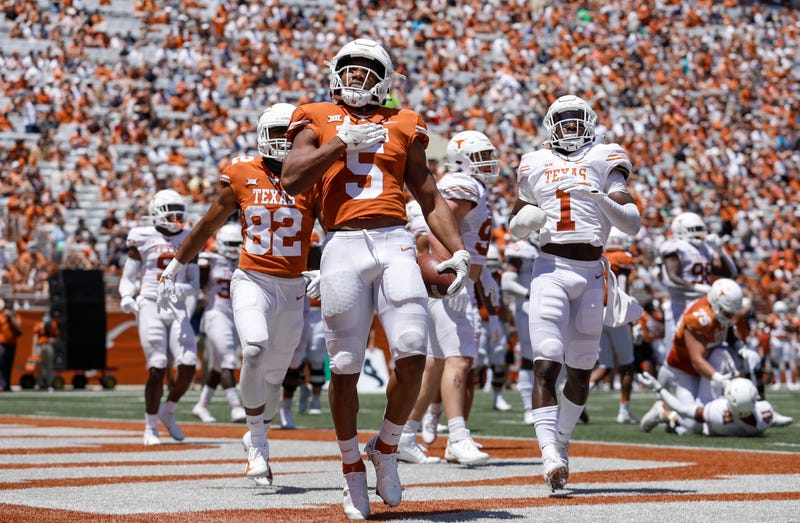 AUSTIN (Talk1370.com) -- A major shakeup in collegiate athletics is set to get underway, with the University of Texas taking the first official step Monday towards leaving the Big 12 and potentially joining the Southeastern Conference.

Texas officials formally notified the Big 12 Monday morning that the school, along with the University of Oklahoma, will not extend its grant of television rights beyond the 2024-25 athletic year.

"Providing notice to the Big 12 at this point is important in advance of the expiration of the conference’s current media rights agreement," the schools said in a joint statement. "The universities intend to honor their existing grant of rights agreements. However, both universities will continue to monitor the rapidly evolving collegiate athletics landscape as they consider how best to position their athletics programs for the future."

Speculation has run rampant that the Longhorns and the Sooners are both considering a move to the Southeastern Conference. Any new member to the SEC would need 11 of the 14 current schools to vote yes for the move to happen.

Monday's developments follow a Sunday meeting between the presidents of both schools and the Big 12 executive committee and commissioner Bob Bowlsby, a meeting described by Bowlsby as "cordial."

“I expect that we will continue our conversations in the days ahead and we look forward to discussing thoughts, ideas and concepts that may be of shared interest and impact,” Bowlsby said in a statement.

Texas officials have said they have "every intention" of honoring their commitment to the Big 12 through the 2024-25 athletic year. Trying to make the move before the current rights agreements expire could prove to be an expensive one, with speculation saying the buyout could be as high as $70 million per school.