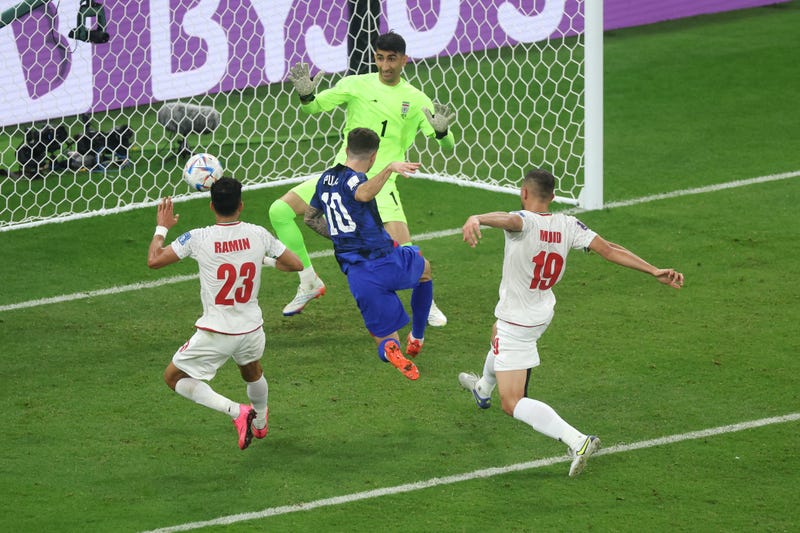 PHILADELPHIA (KYW Newsradio) — The U.S. men’s national soccer team’s top offensive star, who hails from Pennsylvania, scored the goal Tuesday that put them in the FIFA World Cup knockout stage for the first time since 2014.

Christian Pulisic, the Team USA winger who had been shut out in his first two World Cup matches, finally put one in the back of the net in the 38th minute to give the Americans a 1-0 win over Iran in Doha, Qatar to send them to the single-elimination round of 16.

Pulisic was injured as he collided with Iran goalkeeper Alireza Beiranvand while the ball entered the goal, and had to come out of the match.

NOTHING WAS STOPPING PULISIC FROM SCORING 😤

Take another look at his first-ever FIFA World Cup goal for the @USMNT 🇺🇸 pic.twitter.com/s6tKehRLg2

In the second half, the man they call “Medford Messi,” South Jersey’s own Brendan Aaronson, took the pitch and played to the final whistle, joining in the celebration of the victory sending America to the knockout stage.

That celebration was echoed across America by fans gathering at countless watch parties, including one at Xfinity Live in South Philadelphia. The crowd went wild inside, with a horn sounding to mark the goal.

“I’ve always loved soccer. Once you see the game, it’s beautiful,” Chris, a USA fan, said while enjoying a beer. “Can’t complain with that.” 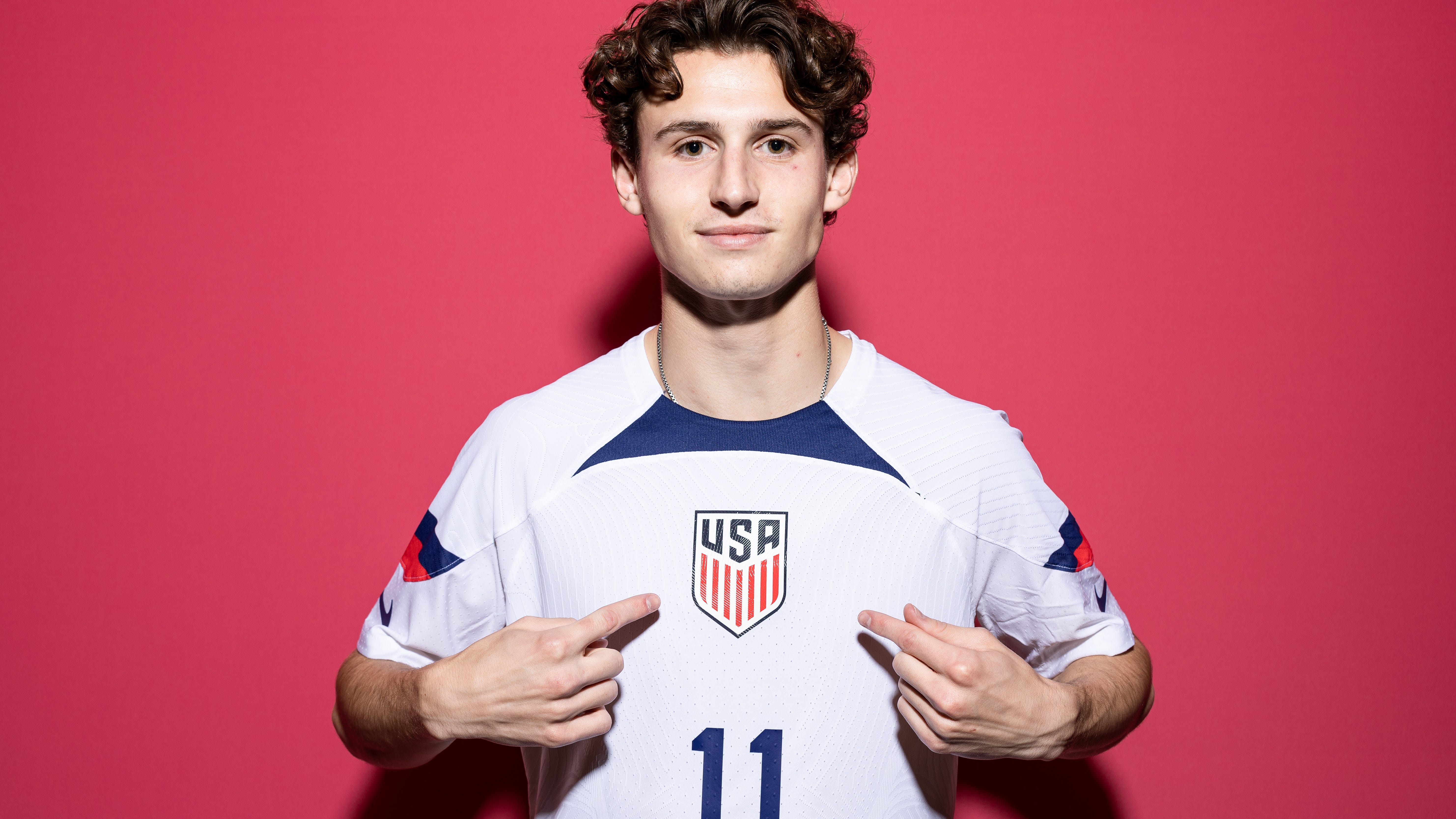 Tuesday’s match became about much more than soccer.

For two months, Iran has been convulsed by the mass protests that followed the Sept. 16 death of Mahsa Amini, a 22-year-old woman who had been earlier detained by the country's morality police. The protests have seen at least 451 people killed since they started, as well as over 18,000 arrested, according to Human Rights Activists in Iran, an advocacy group following the demonstrations.

The U.S. Soccer Federation briefly displayed Iran’s national flag on social media without the emblem of the Islamic Republic, saying the move supported protesters in Iran. Iran’s government reacted by accusing America of removing the name of God from its national flag.

USA head coach Gregg Berhalter said the team and coaching staff were not involved in the social media posting. 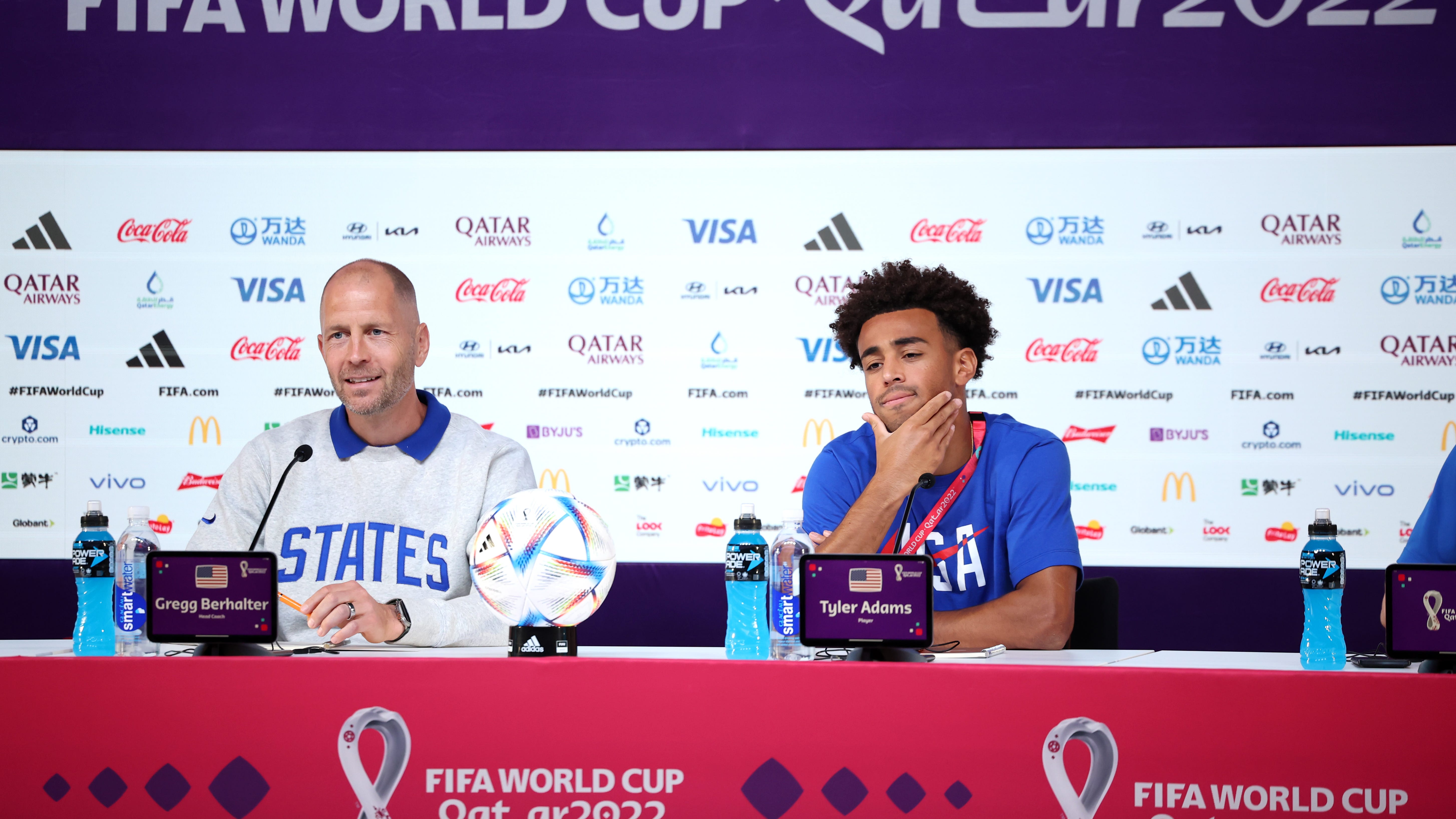 “All we can do on our behalf is apologize on behalf of the players and the staff. But it’s not something that we’re a part of,” he said.

Team USA has made eight of the last nine World Cups, but only once in that stretch have they won a knockout-round match, a 2-0 triumph over Mexico in the 2002 World Cup round of 16 in South Korea.

As the runners-up in Group B, USA will face Group A champion Netherlands Saturday at 10 a.m. in the tournament’s first round of 16 match.

Mike Dougherty and the Associated Press contributed to this story.