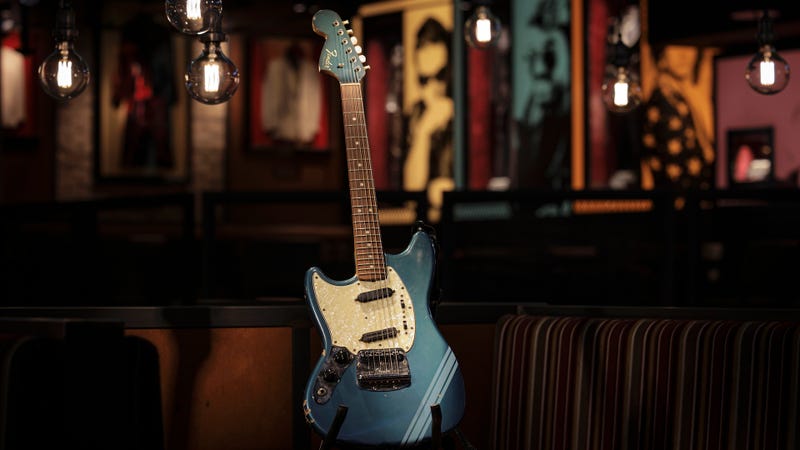 Kurt Cobain’s 1969, lake placid blue, Fender guitar, best known for being played in the “Smells Like Teen Spirit” music video, has found a new home. The iconic instrument was auctioned off for a whopping 4.5 million dollars over the weekend and it was all for a good cause.

Indianapolis Colts owner, Jim Irsay, who previously had the guitar displayed as part of his rock memorabilia collection is now the official owner of the guitar. While he is humbled to preserve a part of Rock history, he also takes pride that part of the large amount he paid went to help ending the stigma surrounding mental illness.

"I am thrilled to preserve and protect another piece of American culture that changed the way we looked at world," Irsay shared. "The fact that a portion of the proceeds will go toward our effort to kick the stigma surrounding mental health makes this acquisition even more special to me."

A post shared by The Jim Irsay Collection (@thejimirsaycollection)

A certain amount of proceeds will benefit Kicking the Stigma, an organization lead by Irsay’s family to bring awareness to mental health disorders.

Cobain’s guitar wasn’t the only item donated to the auction by his family. They also donated his 1965 Dodge Dart that he owned and drove. It ended up going for $375,000.