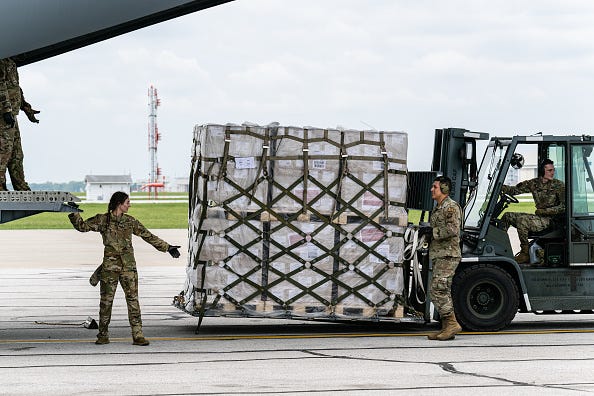 Airmen unload pallets from the cargo bay of a U.S. Air Force C-17 carrying 78,000 lbs of Nestlé Health Science Alfamino Infant and Alfamino Junior formula from Europe at Indianapolis Airport on May 22, 2022 in Indianapolis, Indiana. The mission, known as Operation Fly Formula, is being executed to address an infant formula shortage caused by the closure of the United States largest formula manufacturing plant due to safety and contamination issues. Photo credit Jon Cherry/Getty Images
By Joe Hiti, Audacy

The first flight of baby formula has arrived in the U.S. from Europe, touching down in Indiana on Sunday while the White House scrambles to get formula back on shelves.

Tom Vilsack, the Agriculture Secretary, was present when the military aircraft touched down from Germany carrying approximately 78,000 pounds of formula.

The flight was dubbed Operation Fly Formula, and Biden gave the go-ahead for the program to import the formula last week. When it arrived Sunday, he took to Twitter to share the good news.

"Folks, I'm excited to tell you that the first flight from Operation Fly Formula is loaded up with more than 70,000 pounds of infant formula and about to land in Indiana," Biden tweeted. "Our team is working around the clock to get safe formula to everyone who needs it."

Folks, I’m excited to tell you that the first flight from Operation Fly Formula is loaded up with more than 70,000 pounds of infant formula and about to land in Indiana.

Our team is working around the clock to get safe formula to everyone who needs it. pic.twitter.com/cX4KU0eDtZ

The formula on board is enough to feed 9,000 babies and 8,000 toddlers for one week, according to Vilsack, who also shared that the shipment includes specialized formula for children who have allergies.

This isn't the only shipment the U.S. is expecting, as more will arrive in the coming days.

Shipments from Europe to the U.S. tend to take two weeks, but Operation Fly Formula has reduced that to three days, according to White House press secretary Karine Jean-Pierre.

Jean-Pierre also shared that "this formula type serves a critical medical purpose and is in short supply."

The baby formula shortage can be traced back to the beginning of the COVID-19 pandemic. Parents across the country have struggled even more with the closure of the Abbott Nutrition facility in Michigan following four babies having bacterial infections after drinking formula from the factory.

The factory has since been given the green light to reopen, but it will not be able to get product on the shelf for at least a couple of weeks.

The shipment isn't the only action being taken by Biden, as he also signed into law a measure that will allow more formula to be bought by funds from federal programs that help low-income women. 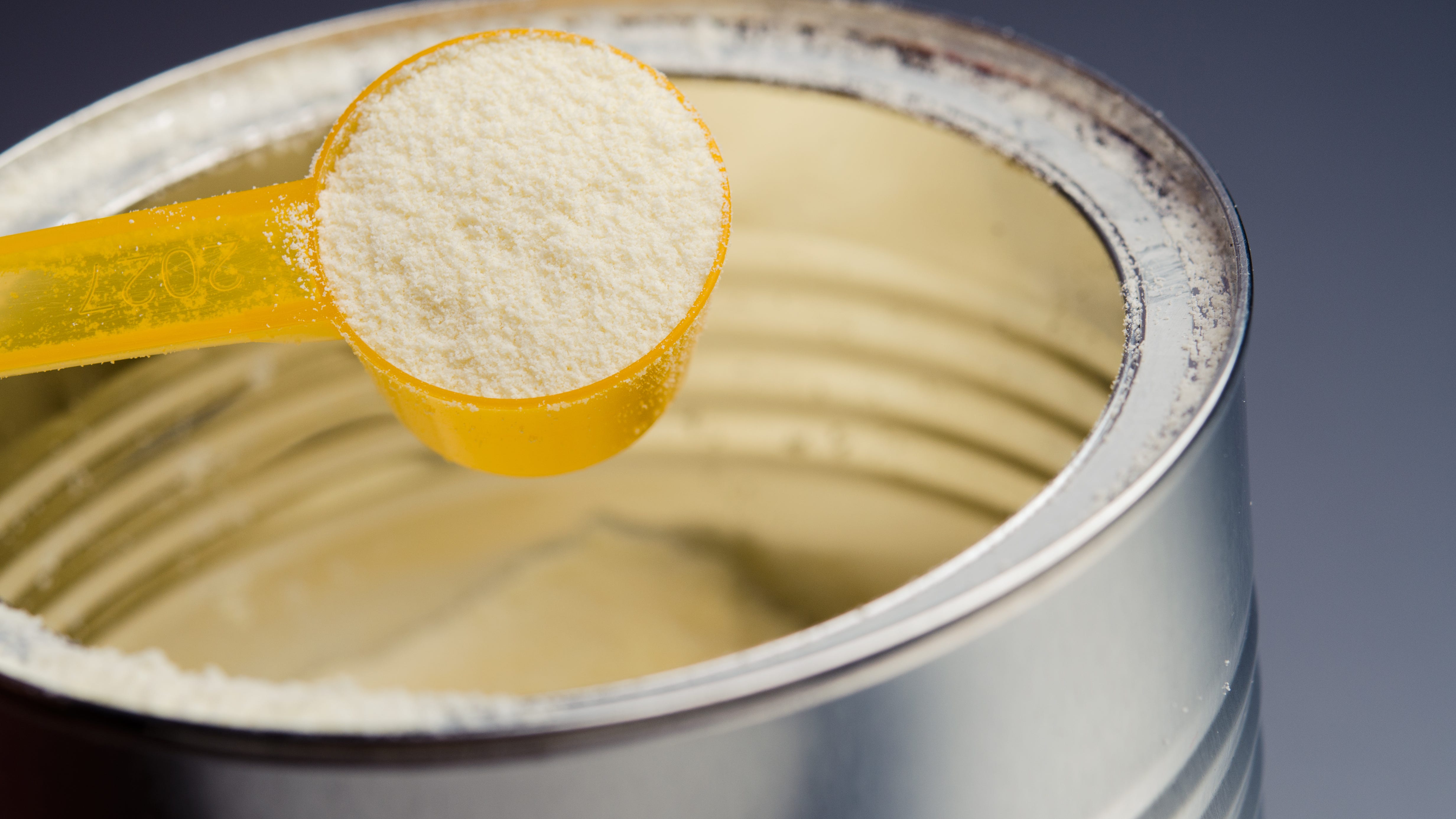 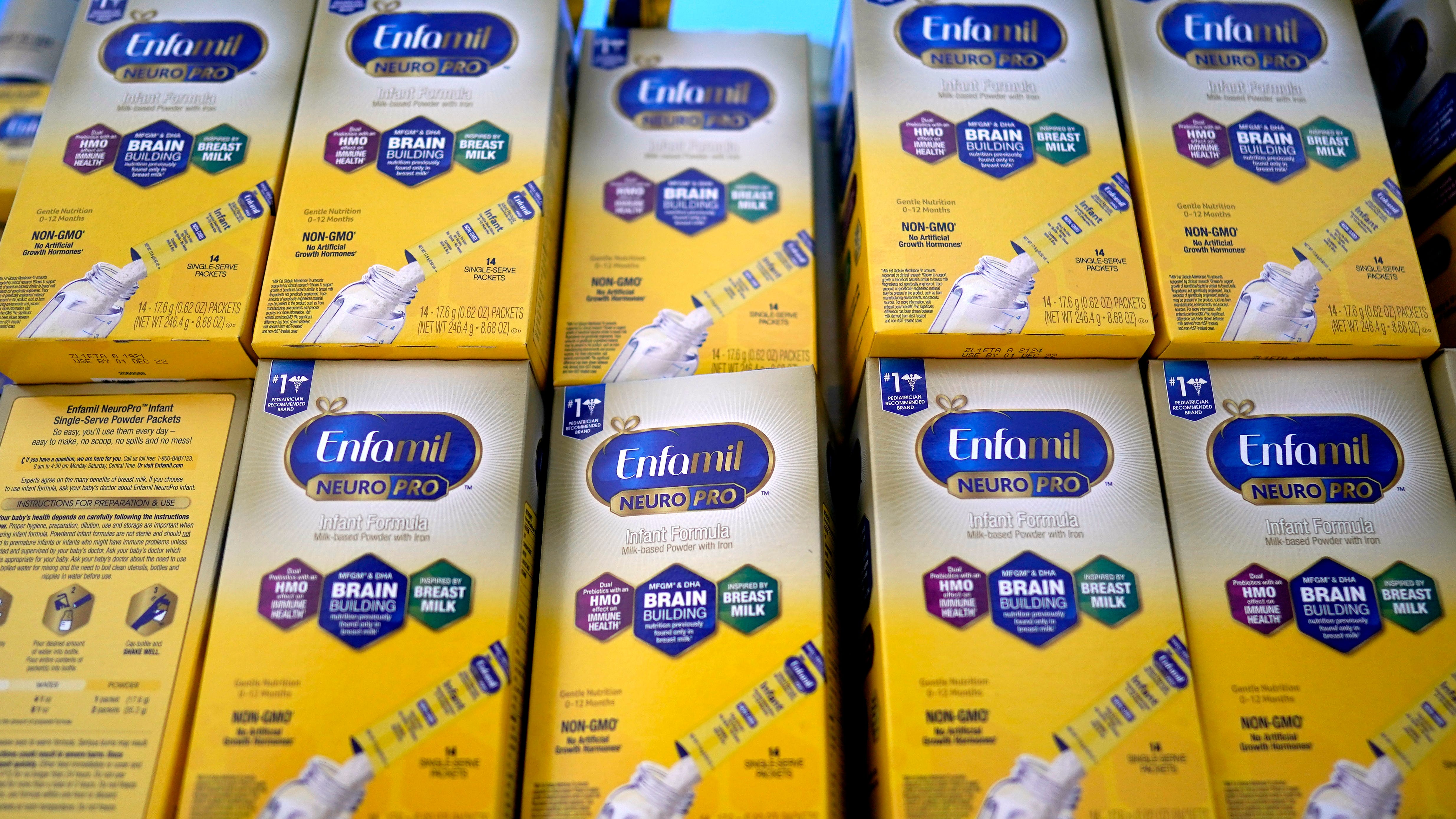 FDA head: Baby formula factory could reopen by next week