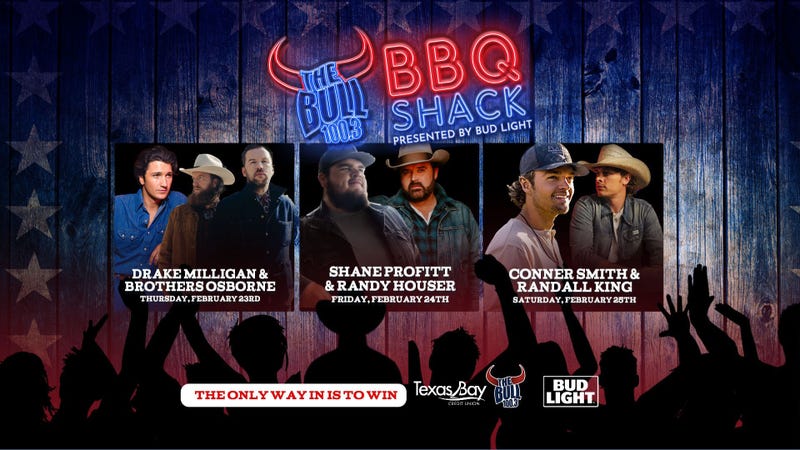 The Bull BBQ Shack is presented by Bud Light and will be plentiful as we celebrate the return of RodeoHouston together in our cookoff tent! The only way to get into the Bull BBQ Shack is to win exclusive wristbands and we'll be giving them out every day until we run out! You can win these by listening and calling to win or joining us for a Bull BBQ Shack Ticket Stop around town! Get the Ticket Stop Schedule HERE! 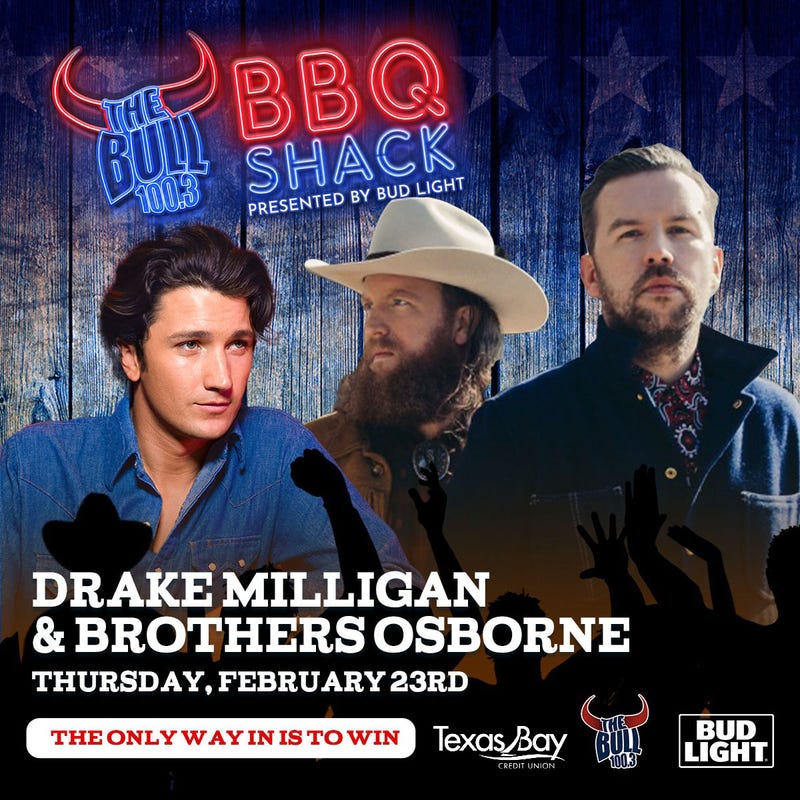 Drake Milligan, from The Stockyards of Fort Worth, Texas gained massive popularity during his third place finish on America's Got Talent and now he's performing inside The Bull BBQ Shack!

Brother's Osborne! The Grammy Award winning duo and 7-time Vocal Duo of the year Winners are coming to Houston for a money cannot buy experience to help us kick off Rodeo season with 100.3 The Bull! 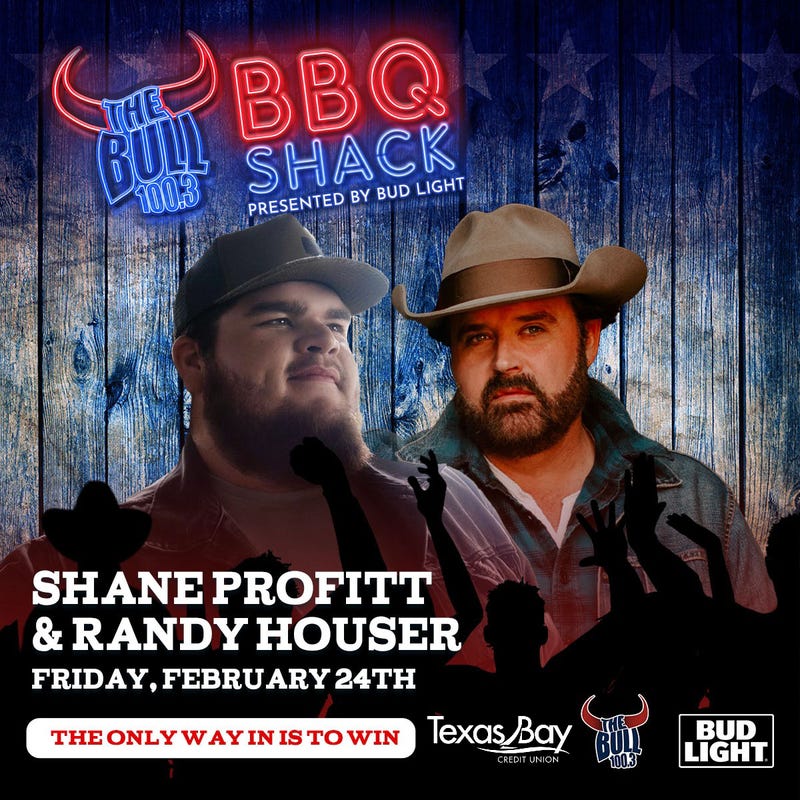 Shane Profitt! Shane was born and raised in small-town Tennessee and got signed to a publishing deal after a random interaction with Chris Janson in a sushi restaurant and he'll be making his Houston debut inside The Bull BBQ Shack!

Randy Houser! Randy is currently touring the country with Cody Johnson and friends and will be traveling to play in Austin the following night! He released his latest album, Note To Self, this past November and will be live in the Bull BBQ Shack! 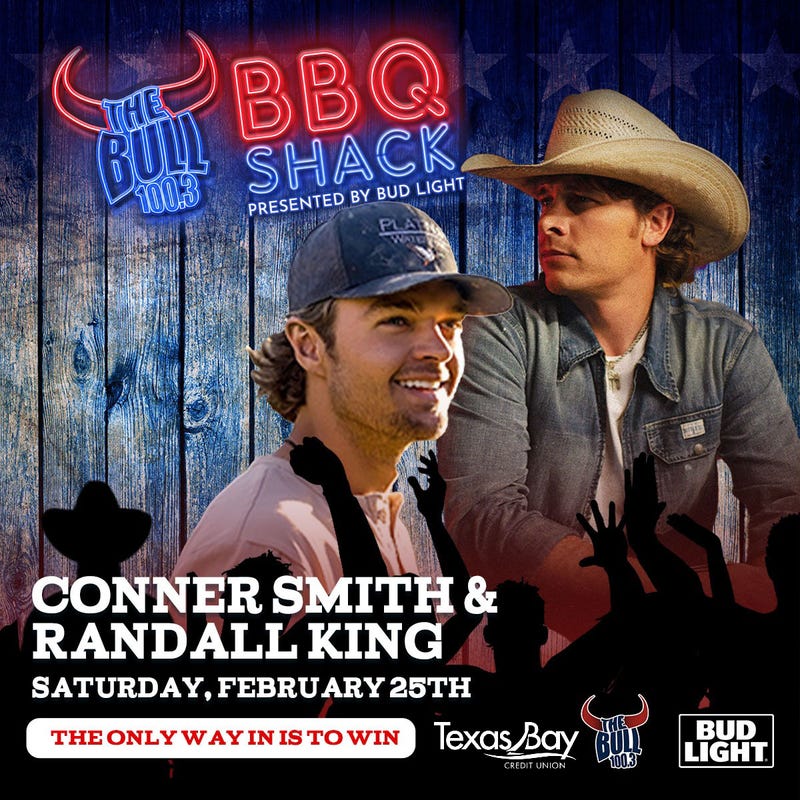 Conner Smith! Conner has spent the last year on tour with Thomas Rhett & Parker McCollum and has amassed a huge fan base across the country. This will be his first performance in Houston in the Bull BBQ Shack at cookoff!

Randall King! Randall has become a staple of the Texas performance circuit while capturing attention from fans all around the nation with his tradition style of Country Music.

Three nights, six performances in one tent! There we be plenty of Bud Light and spirits from our partners at Yellow Rose Distillery! For a full list of ways to win your wristbands, what to expect in The Bull BBQ Shack and Frequently Asked Questions, click HERE! 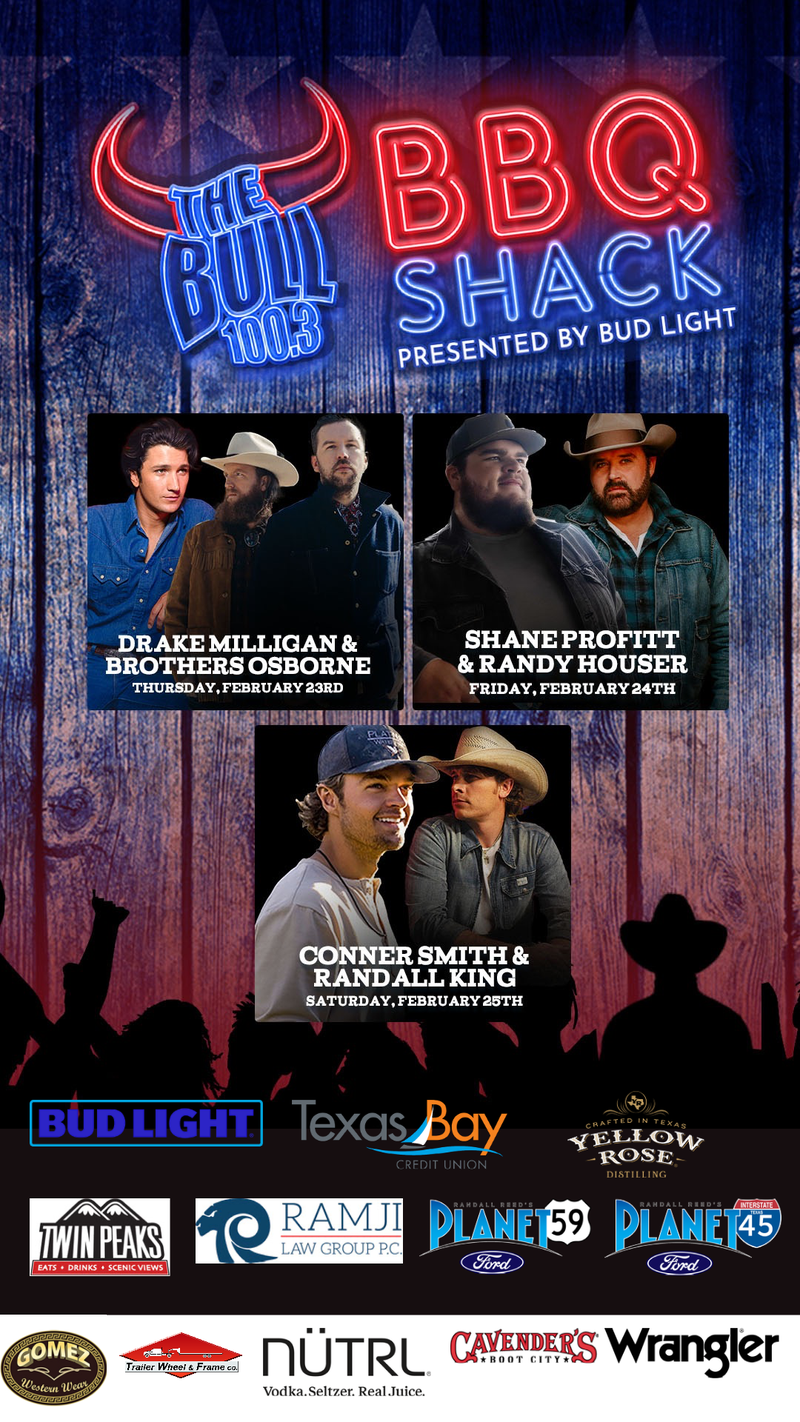