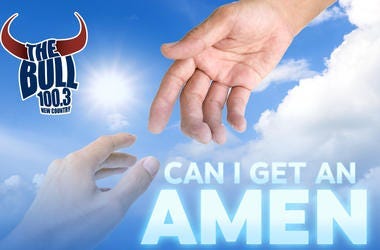 If you have a hearing-impaired person in your family – You’ll want to pay close attention to today’s AMEN.

One of the biggest challenges for the hearing impaired folks who sign…is when they encounter folks who don’t use sign language.

It can be when they are shopping, it can happen at a restaurant, anytime really.

Well, today we have some good news  - Scientists at UCLA say they have developed a glove that a hearing-impaired person can wear and it translates American Sign Language into speech in real-time.

The UCLA team, who published their research in the journal Nature Electronics, said the glove contains sensors in the digits that identify each word, phrase or letter in American Sign Language and transmits them wirelessly to a smartphone app that translates them at a rate of one word per second.

"Our hope is that this opens up an easy way for people who use sign language to communicate directly with non-signers without needing someone else to translate for them," said the lead researcher.

"In addition, we hope it can help more people learn sign language themselves." The gloves and facial sensors were developed to be more lightweight and comfortable than previous efforts to translate sign language.

THIS VIDEO IS OF AN EARLY VERSION OF THE GLOVE