Former Nationals ace Max Scherzer has agreed to a three-year deal with the New York Mets, according to multiple outlets.

Scherzer is set to be paid out approx. $130 million over the course of the deal, putting it at an average annual value of $43.33 million. That's a new MLB record for average salary, shattering the previous high set by Yankees pitcher Gerrit Cole at $36 million per year. Angels outfielder Mike Trout is the highest-paid position player at $35.5 million in AAV.

As Audacy Sports Insider Jon Heyman points out, that's a coup for Scherzer as a union rep for the MLB Players Association, which is heading into labor negotiations with Major League owners this week as they attempt to iron out a new collective bargaining agreement. The current CBA is set to expire when the clock strikes midnight on Dec. 1.

Scherzer's deal with the Mets includes an opt-out clause after the second year, according to Chelsea Janes, meaning the 3-time Cy Young Award winner can opt to pursue free agency again after the 2023 season. It also includes a full no-trade clause, per Joel Sherman.

The Mets now have as strong of a one-two punch as anyone in baseball, with 37-year-old Scherzer joining 33-year-old staff ace Jacob deGrom in the rotation. The pitchers share five Cy Youngs between the two of them. For a stretch in 2021, it looked as though deGrom was on track to win the award for the third time in his career, after going 7-2 with a mesmerizing 1.08 ERA through his first 15 starts, until he was sidelined for the remainder of the season in July with elbow inflammation.

After entering the 2021 season on the final year of a seven-year, $210 million deal with the Nationals, Scherzer was traded — along with shortstop Trea Turner — to the Dodgers ahead of the trade deadline, ending a career-defining run that included two no-hitters, two Cy Young Awards and a World Series championship in Washington. 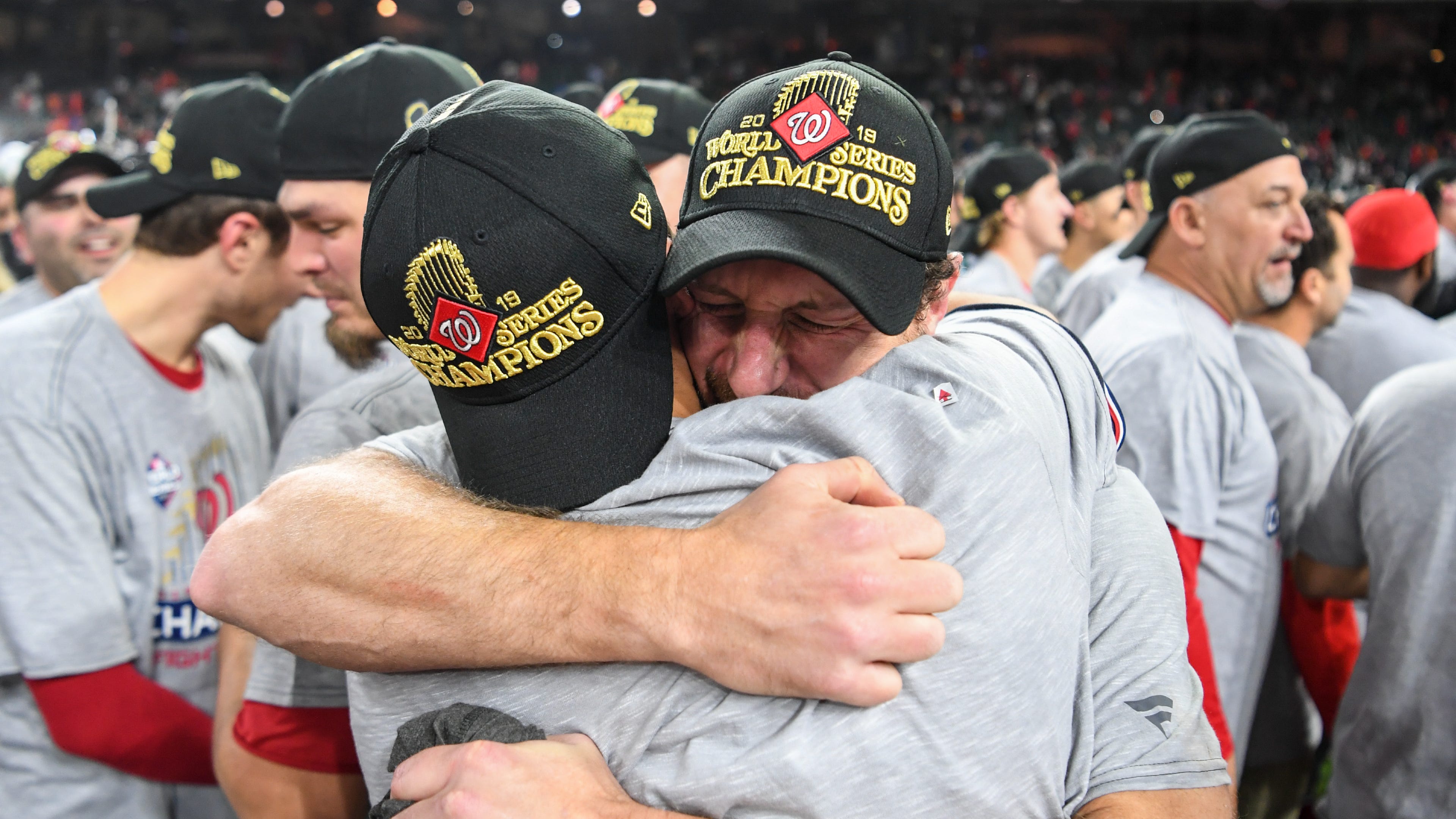 Scherzer went on to pitch to a 7-0 record with a 1.98 ERA in the second half for the Dodgers. He helped lead the Dodgers to victory in their Wild Card Game against the Cardinals, and after making one start in the NLDS, Scherzer successfully closed out the series against the Giants, earning the save with a 9th-inning appearance in Game 5.

Scherzer only made one appearance in the NLCS, a game the Dodgers would lose to the Braves, who ultimately won the series and eventually the World Series as well.

Scherzer won a World Series with the Nationals in 2019.

As NL East division rivals, the Nationals and Mets will face each other 19 times a year. Now with two former stars elsewhere in the division, with Scherzer in Flushing and Bryce Harper in Philadelphia, those NL East rivalries sure have a heck of a lot more appeal than they used to.

The Nats open their 2022 regular season on the road, against the Mets at Citi Field on March 31.