Marlins journeyman Richard Bleier arrived at his 15 minutes of fame Tuesday night at Citi Field, becoming the first pitcher in over a century to balk three times in a single at-bat. The left-hander recounted his bizarre experience Wednesday on The Dan Le Batard Show with Stugotz, admitting it’s been an eventful 24 hours.

Richard Bleier gets called on a balk three times in a single at-bat.

“I got a lot [of texts]. It’s the life of a reliever. You’re a nobody until something like this happens. Then all of a sudden, people want to hear from you,” joked Bleier, who, along with manager Don Mattingly, was ejected, giving first-base umpire John Tumpane an earful on his way back to the dugout. “That was an interesting moment.”

According to Section 8 of MLB’s official rulebook, a balk should be enforced when a pitcher “fails to come to a complete stop,” a tactic used to prevent runners from advancing. Bleier contends his delivery was completely legal, insisting he wasn’t up to anything nefarious.

“I’m not really paying attention to the runner. It’s Pete Alonso up, [I’m] trying to make this pitch and not give up a two-run homer,” said Bleier, now in his third season with the Marlins following stints with the Orioles and Yankees. “I was just so baffled. Obviously, I was mad, but I was like, ‘What is going on right now? Is this a joke?’”

Not known as a particularly hard thrower (his average fastball clocks in at just 89 mph), Bleier, throughout his career, has had to get by on smoke and mirrors, employing different arm angles and a pronounced leg kick to make his release point more deceptive. Bleier didn’t appreciate Tumpane making an example of him, allowing Jeff McNeil to score all the way from first base.

“After the second one, [Tumpane] comes over and he’s like, ‘You’re not stopping.’ I’m like, ‘No, I am definitely stopping. There is no doubt in my mind that I am stopping.’ Then he calls a third one for the run to score and I’m like, ‘Come on, dude. You’re killing me right now. What are we doing?’” said Bleier, who was credited with a hold in what would eventually count as a 6-4 Marlins win. “Where’s the accountability? I’m going to have to pay a fine for that.”

“I was so baffled…What is going on right now? Is this a joke?”

- Marlins Pitcher, Richard Bleier takes us through what he was feeling as he became the only pitcher since 1900 with 3 balks in same at-bat. 😂😂😂

Bleier’s viral moment brought him national attention, even getting a mention from Mike Greenberg on Get Up. While the 35-year-old didn’t mind being the butt of everyone’s joke, appreciating the humor in his bizarre predicament, Bleier wouldn’t consider it a banner moment. “Regardless of if I balked or not, it’s embarrassing that the guy called three balks on me. And in New York, you can imagine how it was,” said Bleier. “It’s not my best outing, let’s say that.” 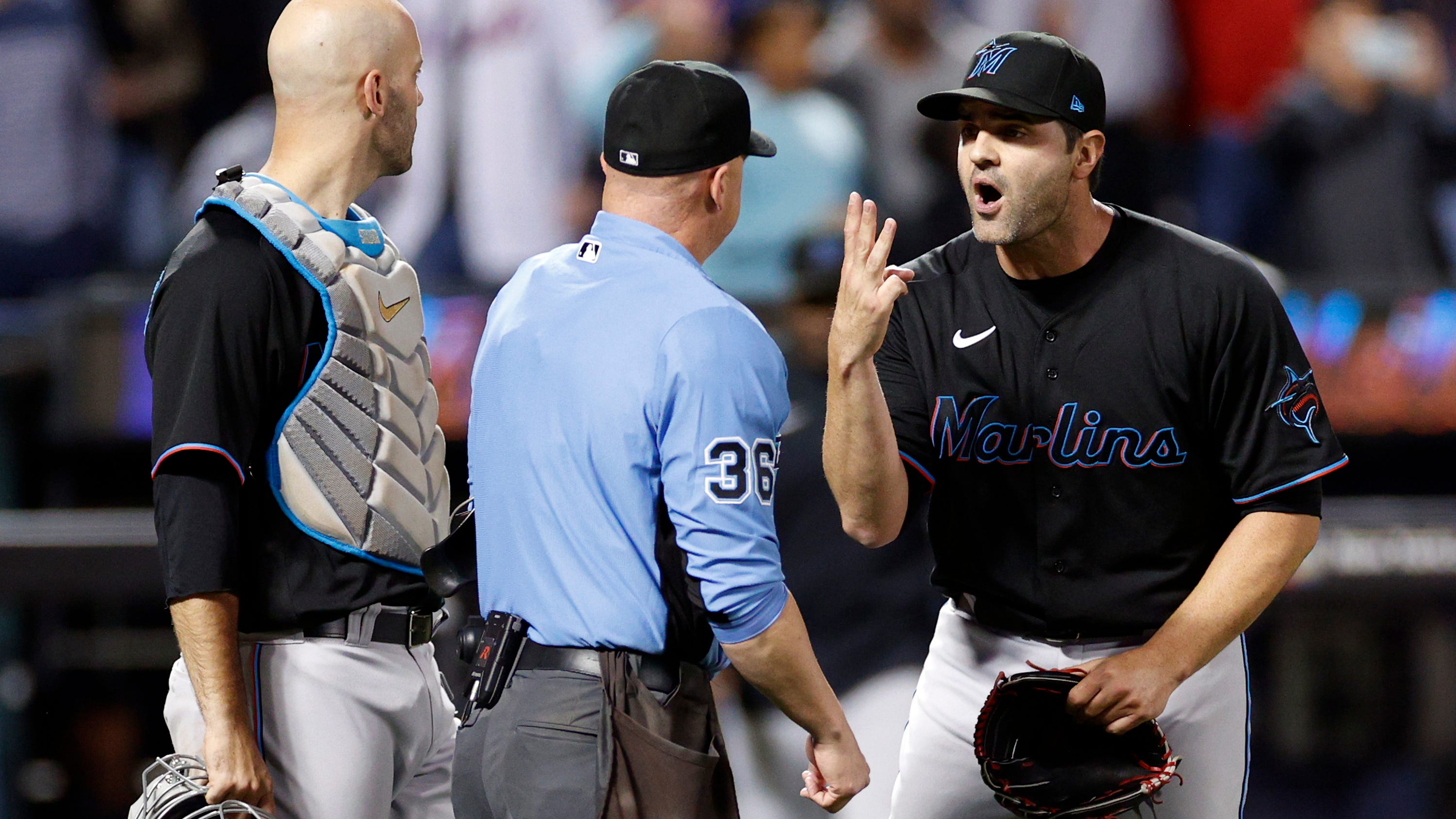