The Mets lost out on Jacob deGrom as he signed in Texas over the weekend, but they replaced him with Justin Verlander on Monday. Verlander is coming off a tremendous AL Cy Young season and World Series championship with the Astros.

Verlander will be 40 years old by the time he throws his first pitch as a Met, but he hasn’t slowed down with age. He had a sparkling 1.75 ERA with 185 strikeouts and just 29 walks in 175 innings last season.

The veteran Verlander has pitched exclusively in the American League in his career, but he does have some experience pitching against the National League due to interleague play. So that means he’s faced the Mets’ biggest rivals, and he’s pitched pretty well against them.

Evan Roberts of the Audacy Original Podcast “Rico Brogna” touched on Verlander’s dominance against the NL East and much more.

“So, obviously, the National League East is the new division of Justin Verlander, as is the National League – a career American League pitcher. Out of curiosity, I looked up his numbers against the four division rivals: the Atlanta Braves, the Philadelphia Phillies, the Washington Nationals, and the Miami Marlins. I left us out because he can’t face us, he’s on our team, I don’t know if you know that,” he cracked.

But he’s been dominant in the regular season against the NL East.

Verlander has made three starts each against the other NL East teams, pitching 21 innings against Atlanta and 19 each against the Phillies, Nationals, and Marlins. He’s allowed just 20 total earned runs in those 78 innings with 93 strikeouts and 22 walks.

“Does that excite you Pete or would you go on the side of it doesn’t mean anything?”

“I think it’s more of it doesn’t mean anything but those numbers will certainly flash up at some point on the huge board they’re putting out at Citi Field.”

While those numbers ultimately don’t really mean anything, as Roberts pointed out, it may be worth getting excited about. 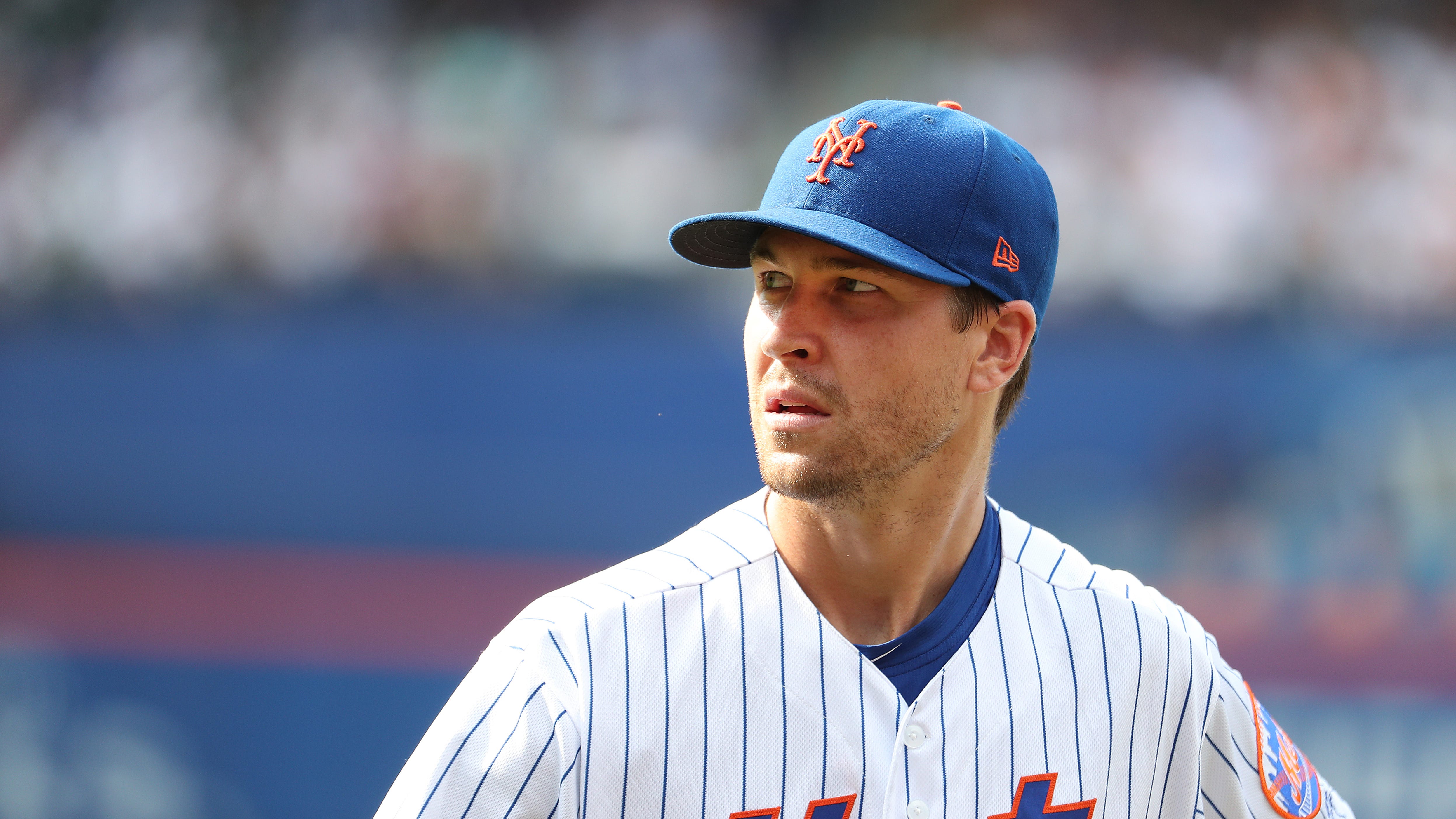 Evan Roberts calls out Mets for handling of Jacob deGrom: 'Shouldn't have sat there'