Philadelphia Phillies interim manager Rob Thomson explained the decision to push back Noah Syndergaard's next start, and says that the long-time New York Mets righty did push back against the decision.

"Well, for two reasons," Thomson said Friday afternoon to the assembled media, including Destiny Lugardo of Phillies Nation. "One, last time was his first time on regular rest and he went into the eighth inning. And two, Gibson's got like a 1.70 ERA against the Mets, so he's done well against them."

Syndergaard had been slated to pitch Sunday afternoon for the Phillies in the final game of a four-game set against the Mets. It would have marked his first career start against the Mets, the team he spent parts of six seasons pitching for.

Instead, for the third time this season -- and second time in as many weekends -- Syndergaard will only be a spectator as the Phillies take on the Mets.

Thomson acknowledged that Syndergaard did "fight him" on the decision.

A narrative has developed this week from some that Syndergaard might be nervous to face the Mets, although his former New York teammate Jerry Blevins pushed back against that notion pretty aggressively.

"He’s coming off Tommy John surgery. He’s got limitations because of it. I don’t know those limitations. I would be shocked to my core if he asked to not pitch vs Mets. Not saying it isn’t possible. But highly unlikely. And assuming he’s ducking anyone is silly." 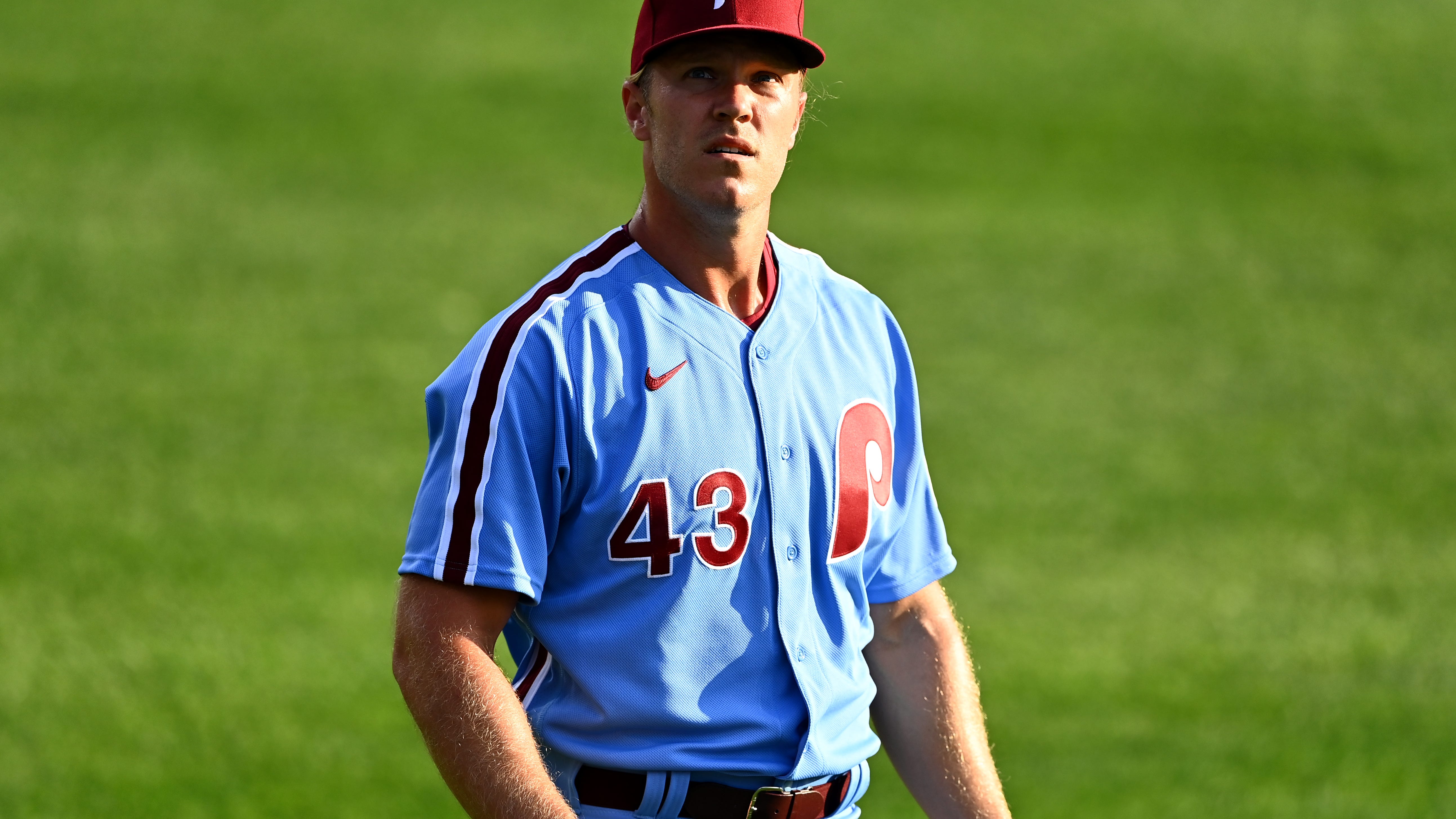 Ex-Met 'would be shocked' if Noah Syndergaard asked not to pitch vs. former team

Since being acquired by the Phillies in a trade with the Los Angeles Angels, Syndergaard is 2-0 with a 4.50 ERA and 2.84 FIP in three starts.

Thomson is trying to help guide the Phillies back to the postseason for the first time since 2011, and land the managerial job on more than just an interim basis. While there's certainly still going to be some skeptics, Thomson seemed pretty believable when explaining his decision Friday.

"I err on the side of caution and I just don't wanna put him in harm's way, that's all," Thomson said. "And we have the luxury that Gibson has done pretty well against this club this year. I think it was just common sense."