Three years after winning a Super Bowl, the Philadelphia Eagles were 4-11-1 in 2020. The coach was fired, the quarterback traded to fuel a rebuild. Two years later, Philadelphia (15-3) is one game away from another Super Bowl.

So much for Washington Commanders coach Ron Rivera's five-year plan. Philadelphia provided the blueprint to success that looks so simple. The Eagles picked the right coach, drafted well, stole a top receiver and safety in trades and found standout free agents.

"We have a lot of great players and a lot of great coaches," center Jason Kelce told Yahoo Sports. "It's not that difficult of a recipe — if you get it right."

Washington would do well to study the Eagles' redemption.

It started with quarterback because the NFL always centers around passers. Philadelphia realized it needed a young passer despite Carson Wentz's success and chose Jalen Hurts in 2020 with the 53rd overall pick. So, maybe the Commanders should realize spending another first-rounder on a quarterback isn't vital, especially when fifth-rounder Sam Howell showed some spark in the season-finale.

Philadelphia made its biggest offseason move by trading the 18th and 101st picks to Tennessee for receiver A.J. Brown. It was a classic steal despite a first-rounder. Brown set an Eagles record with 1,496 yards on 88 catches with 11 touchdowns. Paired with DeVonta Smith's 95 catches for 1,196 yards, the Eagles offense is unstoppable.

Washington traded a pair of thirds for Wentz over the offseason, then watched him fail. Indeed, the Commanders even needed a second look at Wentz that sank their playoff hopes. Translation: win trades.

The Eagles made a cut-day move to acquire safety Chauncey Gardner-Johnson for a 2024 sixth-rounder and a 2025 seventh. He merely led the league with six interceptions in 12 games before suffering a lacerated kidney. That Philadelphia convinced Gardner-Johnson to move from slot to safety was a coaching success.

Philadelphia signed New York Giants corner James Bradberry to a one-year, $7.5 million deal. Surely, Washington could have done that instead of hanging on to William Jackson for a few more months before trading him for a bag of balls. Bradberry has been a lockdown corner.

The Eagles spent $45 million on edge rusher Haason Reddick, whose 16 sacks led the first team with four players recording double-digit sacks. Remember the nine against Washington alone? This is the defensive line the Commanders have wanted, but not gained.

A series of moves, any of which Washington could have made, turned Philadelphia into the NFC's top seed. The Commanders, meanwhile, finished 8-8-1 and fired their offensive coordinator. Washington still isn't sure who's its quarterback and an ownership change overshadows chances for heavy free agent spending.

Still, there's hope for Washington's revival. The Commanders upset the then 8-0 Eagles on Monday Night Football in a rivalry known for surprises. If Washington can follow Philadelphia's offseason map, maybe the Commanders can replicate the Eagles' postseason success. 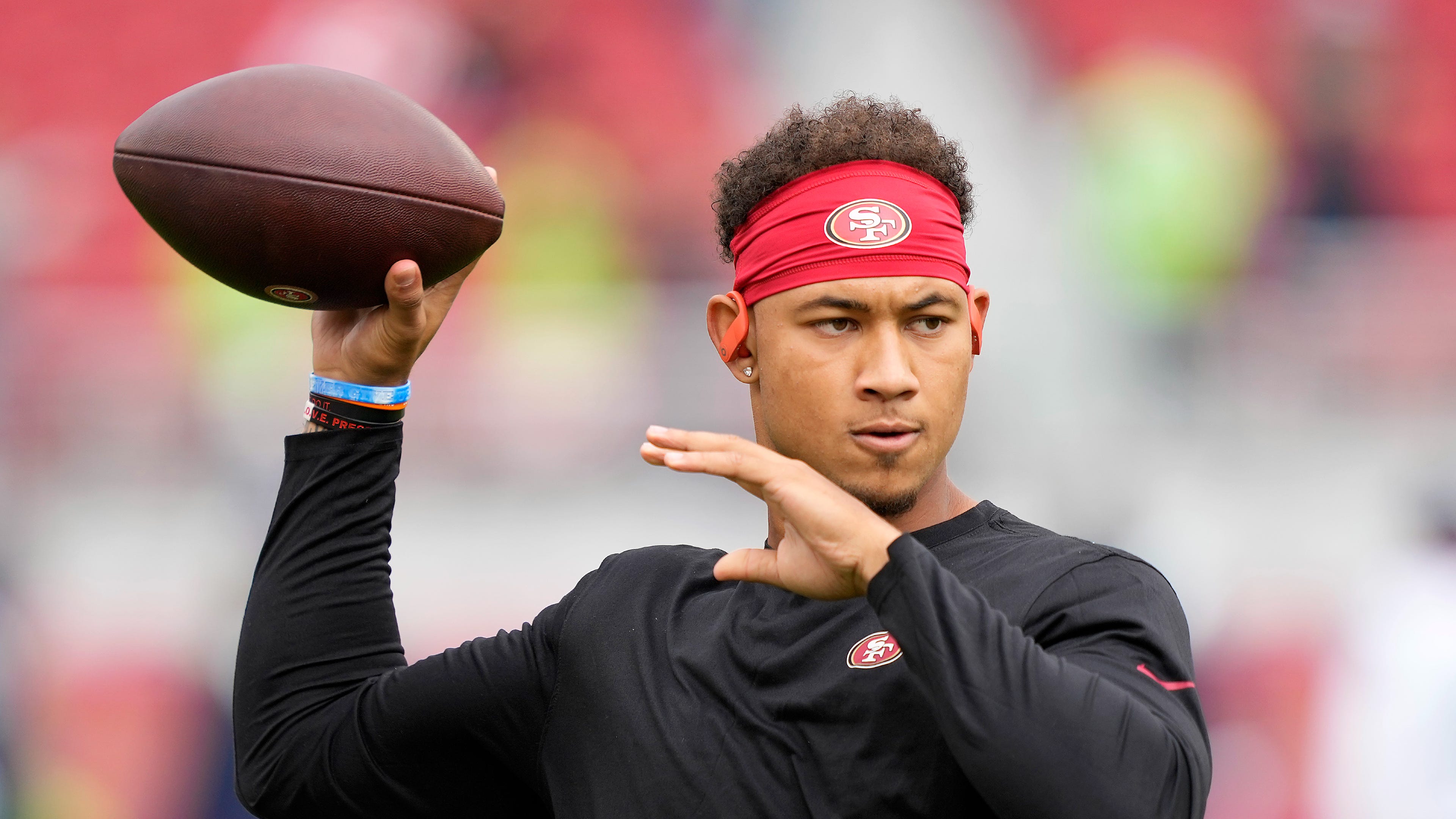 Could Trey Lance be available for Commanders via offseason trade?
We strive to be a platform where varying opinions may be voiced and heard. The views, thoughts, and opinions expressed by the author(s) of this article and/or by those providing comments are theirs alone, and do not represent those of Audacy, Inc. We are not responsible for any damages or losses arising from this article and/or any comment(s).
Featured Image Photo Credit: Mitchell Leff/Getty Images