It's hard to find confidence about the Commanders coming off of consecutive losses to Detroit and Philadelphia, but that's the emotional ebb and flow of an NFL season. By this time next week, Washington could be coming off of a victory over Dallas and we're back to talking about playoff scenarios.

Count EB of The Sports Junkies in the category of Commanders fans who are still optimistic after a 1-2 season start.

"I know that I'm crazy, but I actually think they can win this week," Eric Bickel said Friday. "I really do. Like last week it was just off of sort of false bravado. I really think we match up better with the Cowboys. Sorry."

"Yeah but Daniel Jones has played really well against the Commanders in the past," John-Paul Flaim noted.

"I think you need to beat Dallas," JP added. "I almost think you need to win the next two games, because the way I look at it is, if you split... Let's say you split the next two: you beat Dallas, lose to the Titans, or vice versa. At 2-3 to get to 10 wins, you've got to go 8-4. I just cannot see — what I've seen through three games, and that includes Jacksonville, it includes the high moments, it includes the four touchdown passes from Wentz in one game — I can't see them going 8-4."

JP: I don't care who's on the schedule, Cakes! Could you see the team that you've seen for three games winning eight out of 12, against any team?!

Cakes: No, no. I don't chalk up victories for the Commanders against anybody. I take nobody for granted. I don't underestimate any opponent.

Bish: That's kind of the way I feel for most teams in the NFL. I mean there are a few teams that will probably win four games, three or four games, but there aren't that many. You're gonna see a lot of teams with six, seven, eight.

Cakes: Like EB, like during the preseason predictions, I picked the Commanders to sweep the Giants, but I didn't think Saquon [Barkley] would be all the way back.

EB: He'll probably be hurt by the time we play them.

Cakes: He might be, because that's later in the schedule. Who knows what happens?

Bish: But if he's not, he's gonna do damage.

Cakes: I mean right now, he's the top RB in the league through three weeks. 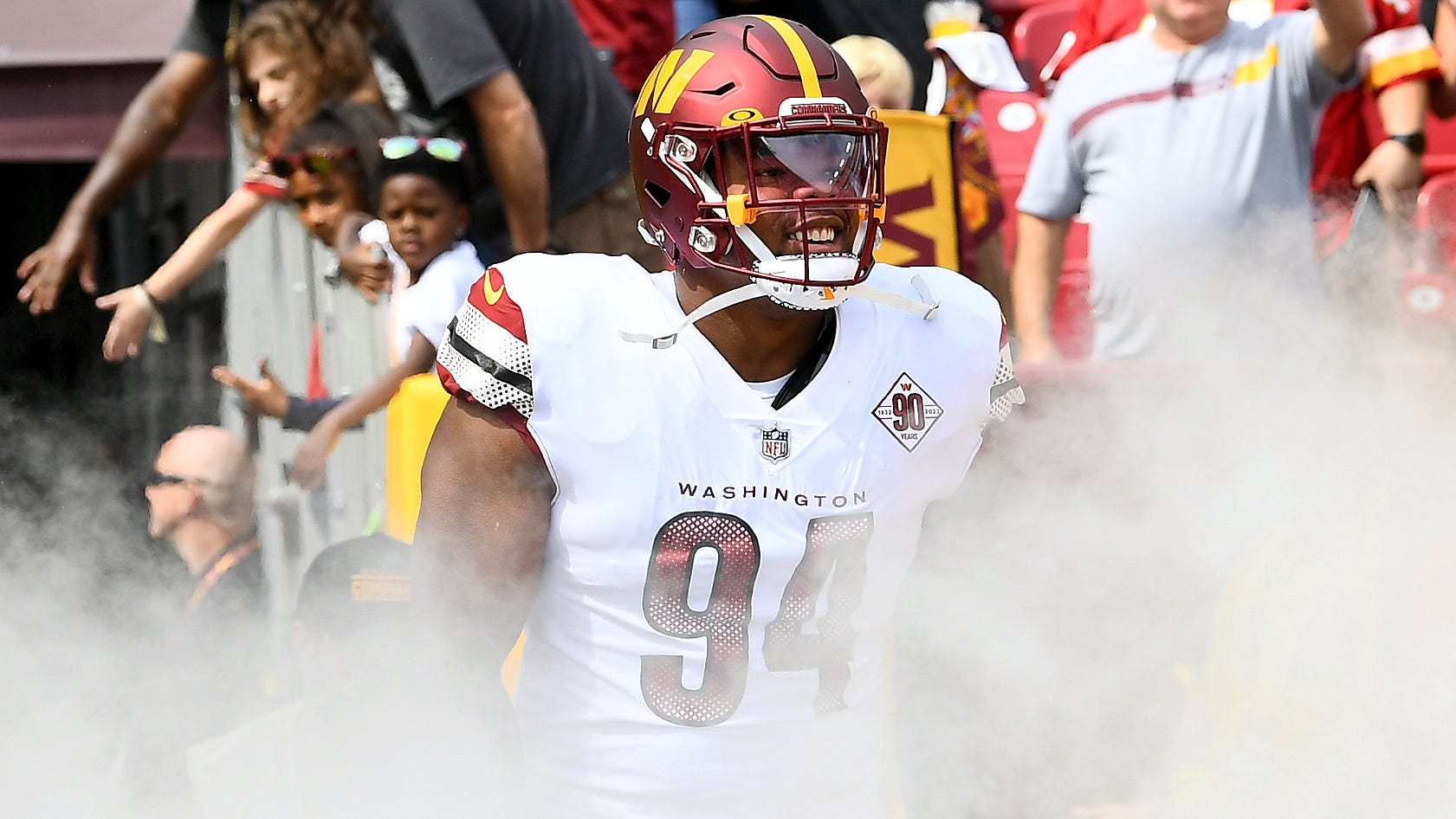