Josh Donaldson has not heard anything about appeal for the one-game suspension he received after his “Hey Jackie” remark to Tim Anderson led to a benches-clearing altercation, but he believes the appeal is warranted.

“For the circumstance, my intentions weren’t what it was blown out to be,” Donaldson said when speaking to reporters on the field on Wednesday. “I think a big part of it was I incited the benches clearing, when that was like four innings after. I don’t know how I was inciting anything. I walked up to home plate and catcher kind of confronted me at that time. I don’t know how that was my prerogative that they decided to want to clear benches. In my opinion, I didn’t do that.”

While Donaldson maintains that his comments did not come from a place of racism, despite what White Sox manager Tony La Russa said, and the Yankees third baseman hopes the incident doesn’t lead to that becoming a label of his moving forward.

“I feel bad for the Robinson family. I never wanted them to feel like their name should every be regarded in a bad light, so that’s why I issued that apology,” Donaldson said, referencing the statement he released last week.

“It’s extremely hurtful to have that accusation, not just for myself, but for my family, because that’s not who I am by any stretch of the matter. After the confrontation happened, I made sure I talked to other guys, I talked to Boone, and said ‘Hey, this is what’s happening.’ I don’t know why this is all of a sudden getting blown out of proportion the way that it has. I’ve had conversations about it with him in the past, and as I said, jokingly, giving friendly banter back and forth, and he took it as that. Maybe we interpreted it differently. If he feels a certain way, now I know.” 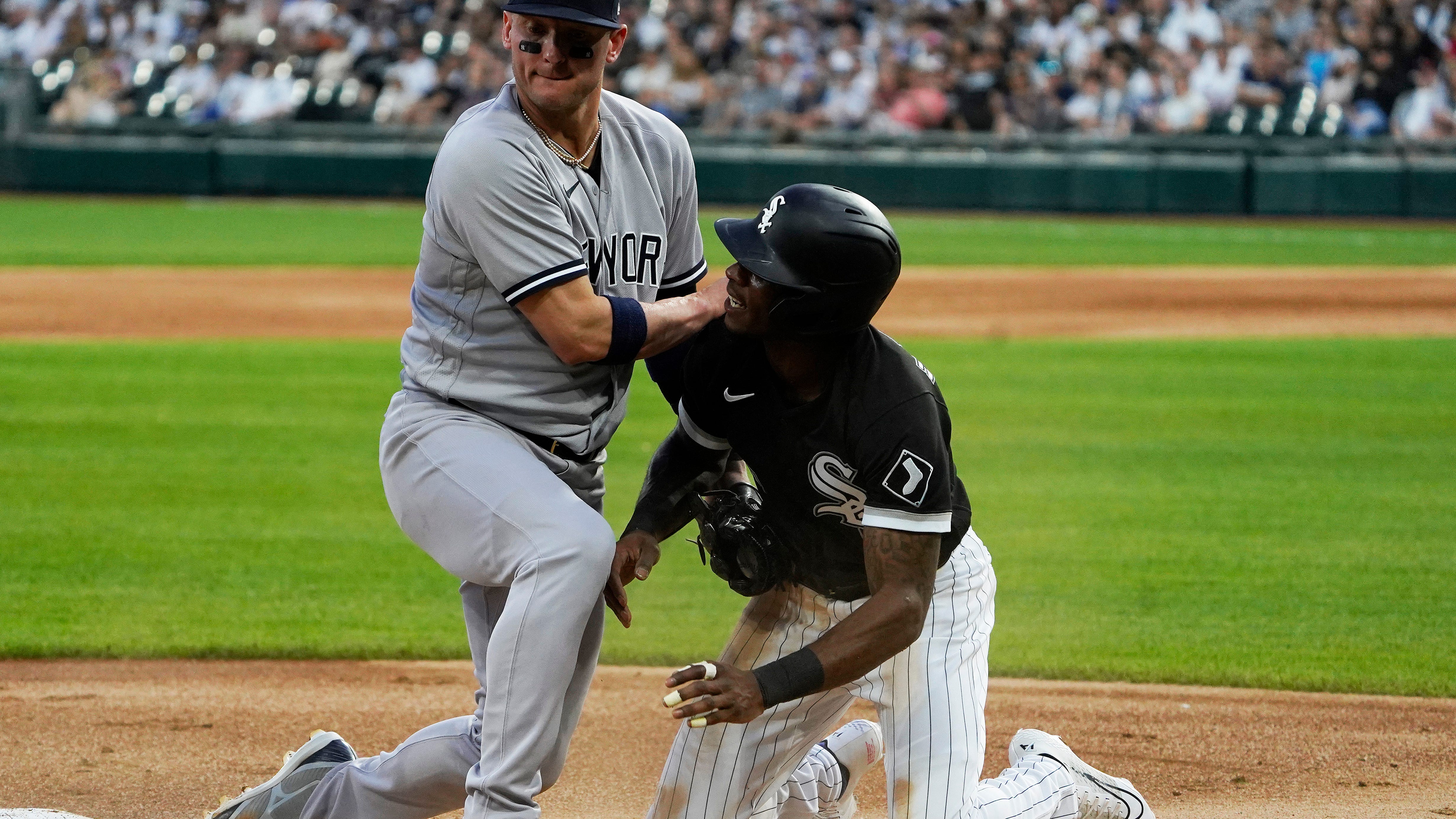 Donaldson still maintains that Anderson took the “Hey Jackie” comments as banter from Anderson’s 2019 interview, but Anderson clearly didn’t take it that way, and later said he made that clear to Donaldson in 2019 when he first made the comment. But Aaron Judge said that whether it was intended as a joke or not, it wasn’t the right thing to do, and Aaron Boone echoed a similar sentiment. Donaldson said he has spoken to them about it, but it wasn’t easy to hear that from his teammates.

“I think that was tough to hear, for sure,” Donaldson said. “Just for the simple fact that I pride myself on being a good teammate…I’ve tried to learn from my teammates as well, so that was definitely tough for there to be that kind of response.”

Donaldson is back in the clubhouse after being on the COVID IL, but he now is on the IL with shoulder inflammation, though he says he believes a cortisone shot addressed it and he should be back soon.

“It’s kind of been up and down from spring training all the way into the season, and I thought it was a good time to do that,” Donaldson said. “I feel good right now. Finally feel like I have my arm back to what I’m used to having.

“I just have a lot of wear and tear in there over the years…I’ve had tears everywhere in there. It’s old stuff that gets inflamed at times…for the most part this year I’ve felt it.”