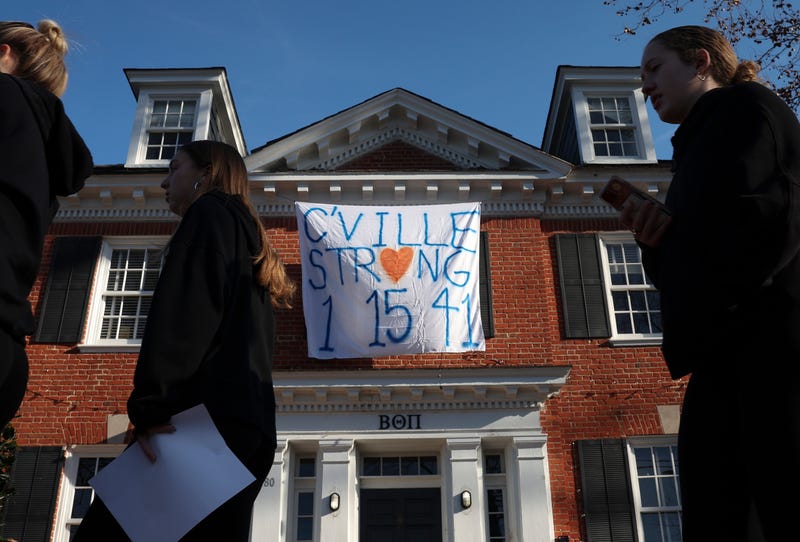 In the wake of Monday's (Nov. 14) tragic shooting at the University of Virginia that left three Cavalier football players -- Devin Chandler, Lavel Davis Jr. and D'Sean Perry -- dead and two others injured, both Daily-Progress UVA beat writer Greg Madia and CBS19's Preston Willett joined 910 the Fan's midday show to discuss the incident and the players.

"How do you type a story when there are no words?" Madia asked.

"You got to remember just how good these people were," he added. "[...] Smile on their faces every day in practice, upbeat, happy-go-lucky, good teammates. With D'Sean Perry, I had written a feature about him earlier this fall ahead of Virginia's game against Old Dominion.

"Perry, who had played linebacker throughout training camp and the early part of the season, was asked like three, four days before the game against Old Dominion to move to defensive end because the Cavaliers were a little thin on the D-line, had some injuries and some players out, banged up, bruised, whatever. And Perry did it without hesitation. Ended up playing really, really well against the Monarchs, had four tackles in the game. Just a a selfless type of player."

"Didn't play much this year, at all in his first season, transferring to UVA from Wisconsin," Madia said, "but behind the scenes [...] worked hard, could have been a special teams factor and I think probably had a bright future in the sport. Had done some returning at Wisconsin when he was there, and he was somebody that that committed a couple of days before former coach Bronco Mendenhall had resigned, and then after that still stuck to his commitment when he had some other options and could have gone elsewhere, wanted to be part of what was going on at UVA."

Willett talked about the players as well, highlighting Davis' involvement with the team.

"I was doing a story with [Davis] before the season started during fall camp about just the family that he had found at UVA with Coach Marques Hagans, the receivers' coach, and and his family. People may not know this but Lavel, when Coach Hagans was on his recruiting trips over the summer, Lavel was the one at baseball games or T-ball games for his two sons, there to celebrate with, when they're getting awards.

"This receiver room, and Devin Chandler included in that since he got here in the spring, they were so involved in each other's lives on a day-to-day basis. And it really was a special kind of group and bond that they had with each other. And I think Lavel is a great example of that the energy he brought."

You can hear more of their comments at the audio links embedded within this article.