(WGR 550) – The Dallas Stars are a team that usually starts fast, and Monday was no different.

Craig Anderson absolutely stood on his head in his 700th NHL game, allowing just one goal on 10 shots in the first 10 minutes of a game. In the end, the 41-year-old made 29 saves, helping the Buffalo Sabres to a 3-2 win in overtime, thanks to the game-winning goal from their youngest player, Owen Power.

Buffalo’s oldest player was under siege, stopping breakaways and outnumbered situations. The Sabres had an early power play chance, but it was Dallas with three Grade-A scoring chances while down a man.

Despite all this, the Sabres were able to tie the game at 1-1 when Tyson Jost tied up his man on the faceoff, allowing Casey Mittelstadt to swoop in and take the puck. He got it back to the point to Rasmus Dahlin, who blasted home his 14th goal of the season.

Dallas had the first 10 shots of the period, but it was 8-4, Buffalo after that.

The scoring chances dried up in the second period, as Anderson made a good save on Roope Hintz, while Jake Oettinger had Jack Quinn hook out in front of him.

At 1:44 of the third, Buffalo started a line change and Victor Olofsson hopped onto the ice and joined a 3-on-2 rush. Jeff Skinner put it right in his wheelhouse in the right circle, and the winger had his ninth goal in 10 games and career-high 22nd of the season.

Buffalo held that lead until defenseman Mattias Samuelsson turned the puck over behind the net to Joe Pavelski. The 38-year-old found Jason Robertson cutting to the crease for his 32nd of the season.

Both teams had chances to win it, but when the buzzer sounded, Buffalo had, at least, one point on the road against the top team in the Western Conference.

In overtime, Power hit the post on the short side, but then slid over to the other side of the Dallas net. Tage Thompson came right down the middle, and Oettinger had to respect the shot of the league’s third-leading goal scorer. Thompson then slid the pass over, giving Power the open net and his third career goal.

It is amazing what this team has accomplished on the road this season. They’re 13-7-1 overall, 10-2-1 in their last 13, which includes an overtime loss in Chicago, where they lost a two-goal lead in the third period.

Buffalo is 3-0-1 in its last four road games. Among the teams the Sabres have beaten on the road this season includes the Stars, Colorado Avalanche, Vegas Golden Knights, Calgary Flames, Edmonton Oilers, Washington Capitals and Boston Bruins.

Anderson has been a superb backup goalie for this team. Granato makes sure he gets 5-7 days of rest for the veteran, and most nights he’s very good. His .918 save percentage is ninth amongst goalies with 16 or more games played.

Thompson had two assists on the game, giving him points in four-straight contests. He has five points in those four games.

His 63 points are currently sixth in the NHL.

Buffalo gets right back at it on Tuesday night, traveling to St. Louis to face the Blues.

Join me, Brian Koziol and Pat Malacaro for a special roundtable at 7 p.m. EST, as we take a look at the first half of the 2022-23 season. 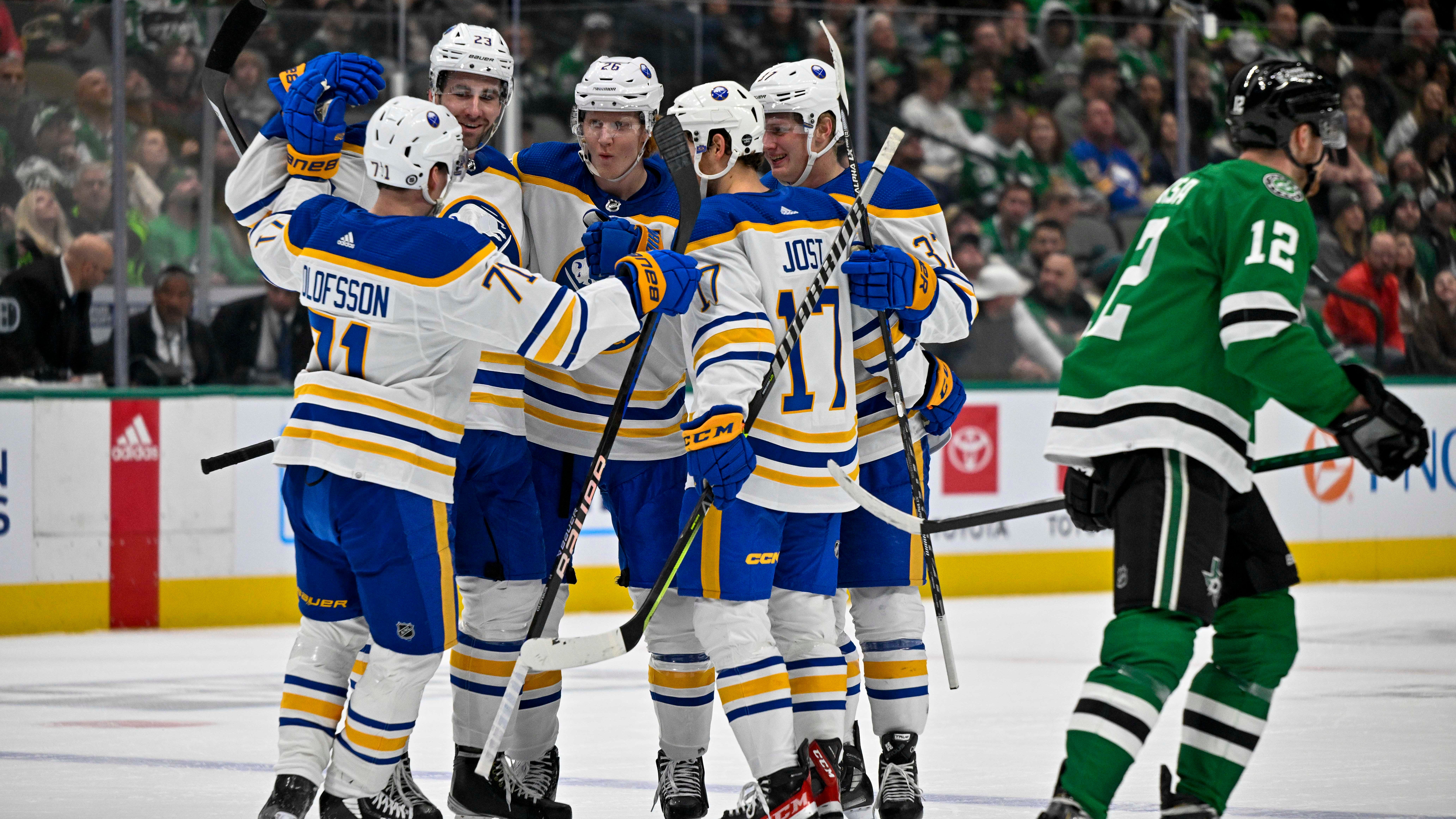 Sabres 'Power' their way past Stars in overtime

Photo credit Losi and Gangi
We strive to be a platform where varying opinions may be voiced and heard. The views, thoughts, and opinions expressed by the author(s) of this article and/or by those providing comments are theirs alone, and do not represent those of Audacy, Inc. We are not responsible for any damages or losses arising from this article and/or any comment(s).
Featured Image Photo Credit: Buffalo Sabres (@BuffaloSabres)