Buffalo, N.Y. (WGR 550) - The Buffalo Sabres welcomed the Philadelphia Flyers to KeyBank Center on Saturday for a matinee matchup.

Saturday marked the first meeting between these two teams this season, along with it being the first time Rasmus Ristolainen has been back to Buffalo since being traded back at the 2021 NHL Draft.

Both teams were looking for bounce-back wins, as the Flyers came to town on a 10-game losing streak for the second time this season. Meanwhile, the Sabres are coming off a tough loss to the Dallas Stars on Thursday night.

The Flyers are 13-19-8 on the season deep down in the Metropolitan Division.

Both teams started hot with a combined six goals in the first period, resulting in a 4-2 Sabres lead. The second period was a bit more relaxed, in terms of goals, with only one being scored for Buffalo to go up, 5-2.

Buffalo was able to close this game out with another goal in the third period, with the Flyers also scoring again towards the end of the game to make it 6-3. When all was said and done, the Sabres would hang on for the win. 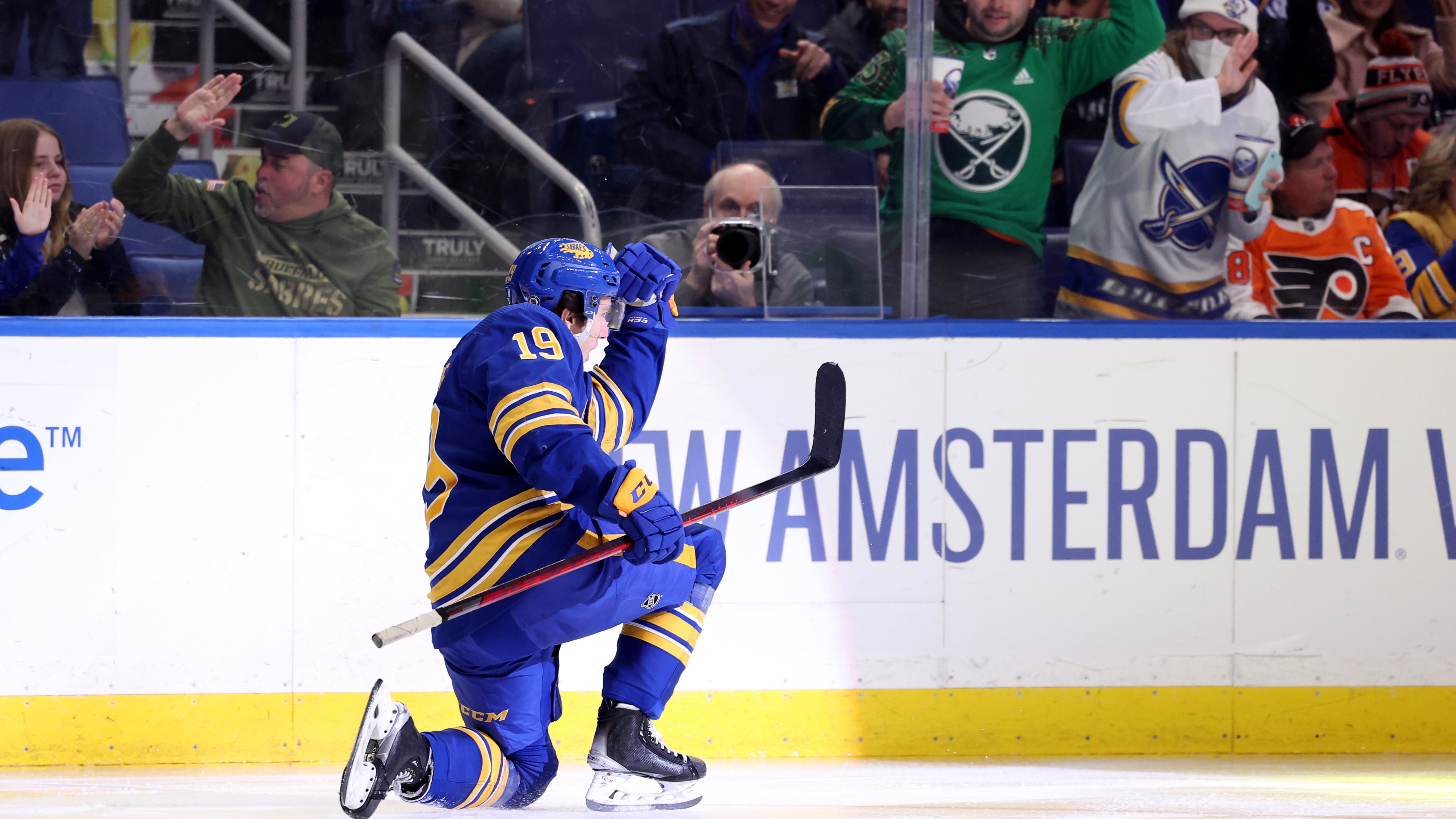 Buffalo was able to come back once on the day and, this time, hang on for their first win at home since Nov. 26 against the Montreal Canadiens. 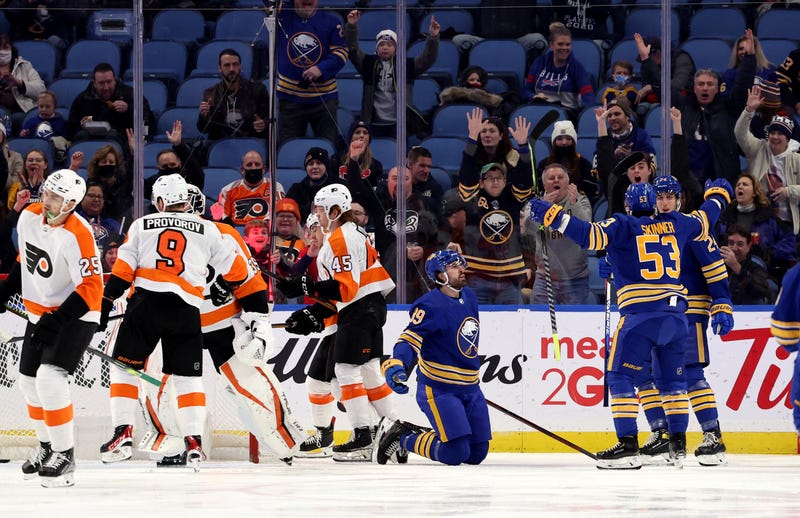 As of late, the Sabres have seen an improvement in their puck movement. Throughout the first half of the season, the team had trouble possessing the puck in their own zone and moving from defense to offense.

While these passing improvements certainly help the team win games, they will also help the Sabres gain confidence in each other and play better as a solid unit. 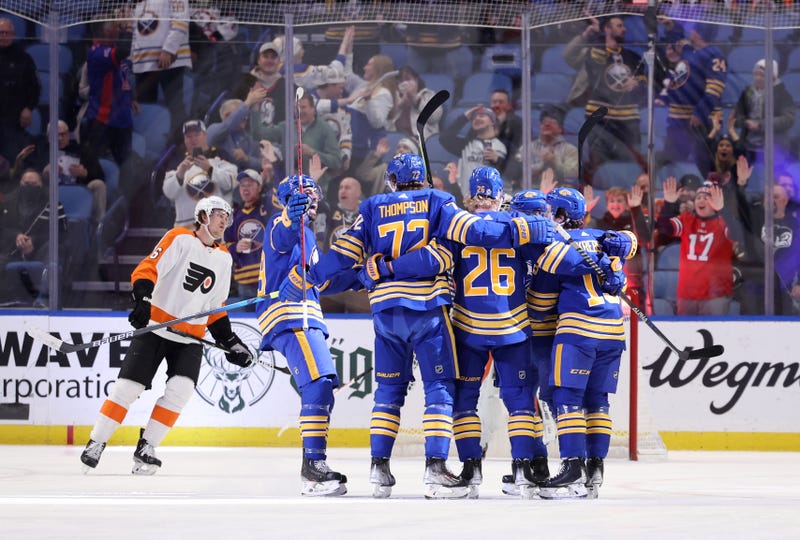 Something that was very obvious in the games earlier in the week against the Stars and the Detroit Red Wings, when the Sabres gained a sizeable lead, they would back off and allow the opponent to regain confidence.

The team jumped out to an early lead on Saturday, which quickly disappeared thanks to two Flyers goals. Not only did Buffalo re-gain the lead and hold it, but they also did so in the same period that they lost it. Not something the team is accustomed to doing.

This shows the team is learning how to carry their drive through the whole game, and not give up when things become hard. It also exhibits the lessons that head coach Don Granato has been teaching about learning how to win games.

This drive is especially important against a team that’s struggling like the Flyers, because if the Sabres give them any sort of hope or momentum to cling on, they will likely build on it simply because they need to find a way to win. 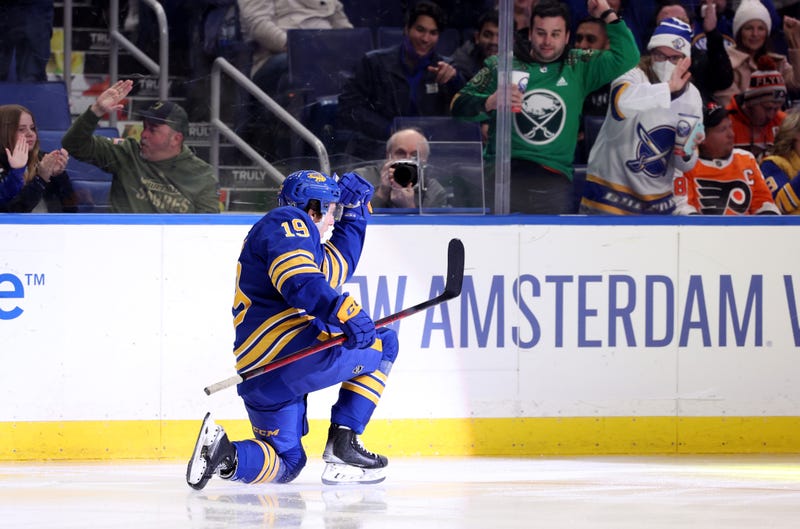 Since coming to Buffalo with Alex Tuch from the Vegas Golden Knights, Krebs has been an immediate impact in both the NHL and AHL. In seven games with the Sabres, he has two goals and an assist. With the Rochester Americans, he netted 14 points in 16 games, showing great chemistry with Jack Quinn and JJ Peterka.

His teammates have described him as a player with incredible hockey sense and a great vision for the game.

The performance from Krebs and his teammates furthers the hope that what has been shown in recent games could very well be the light at the end of the tunnel with the youth movement that is beginning with Buffalo.

The Sabres have a couple of days off before traveling back to Ottawa for their second matchup in a week with the Senators at Canadian Tire Centre.

Sabres pregame coverage on WGR starts at 6 p.m. EST with Schopp and Bulldog on Tuesday. Puck drop is set for 7 p.m. EST.

Photo credit Losi & Gangi
We strive to be a platform where varying opinions may be voiced and heard. The views, thoughts, and opinions expressed by the author(s) of this article and/or by those providing comments are theirs alone, and do not represent those of Audacy, Inc. We are not responsible for any damages or losses arising from this article and/or any comment(s).