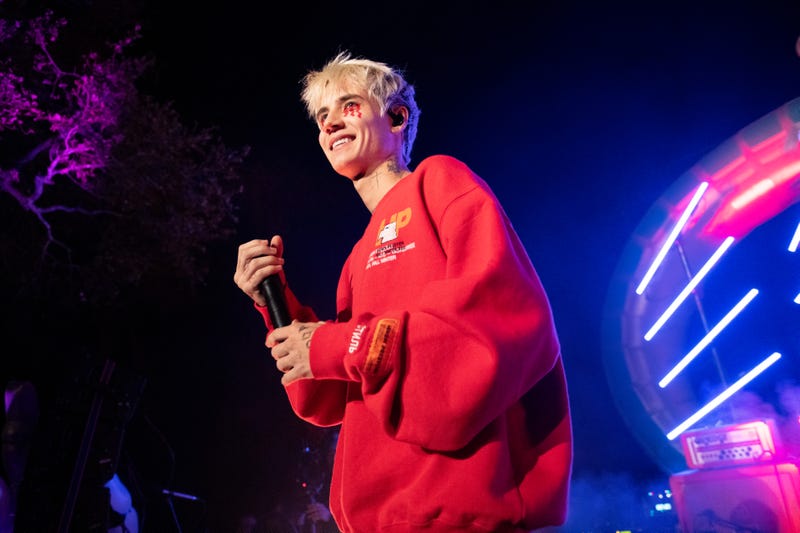 As Jxdn’s career continues to blossom, the “ANGELS & DEMONS” singer recently opened up about how he continues to find inspiration from the late Juice WRLD and how his favorite artist even changed how he has conversations about his own mental health.

Under the guidance of the famed Blink-182 drummer, Travis Barker, Jxdn released his debut album, Tell Me About Tomorrow in 2021.

In a new interview with Rolling Stone, the Tennessee native spoke candidly about his music and his mental health, and the artists that have influenced him.

He explained that Juice WRLD, who passed away in 2019, “genuinely saved my life” while battling depression throughout his senior year of high school.

“Him being vulnerable and him being this idol of mine, talking about how he’s sad too… I was like, ‘Wow, this is crazy,’” noted the artist who was born is Jaden Isaiah Hossler.

Hossler shared that he felt a “connection” with the “Life’s a Mess” artist who focused on harnessing raw emotions to craft his deeply personal tracks.

Jxdn went on to reminisce about seeing Juice WRLD perform live. He said, “I remember he comes out and he starts playing his music, and I’m like, moshing, I’ve never felt feelings like this before. There was a moment, and I have it tattooed on my arm, it’s a song called ‘Empty.’ He played it, and it was like 10,000 people saying the same thing because they were [empty]. And that made me take a step back and be like, ‘Music is really powerful. Is this what music is?’”

During his awakening at the concert, Jxdn revealed that his experience hearing “Empty” in a live setting inspired him to try his hand at making his own music. “I told myself, ‘If he can do it, I know I have to try’,” shared Jxdn. Watch our Audacy Check In with jxdn

In terms of his own live performances and accomplishments, Jxdn embarked on a North American tour with Machine Gun Kelly last year and dropped a surprise deluxe edition of Tell Me About Tomorrow, which features four additional tracks.