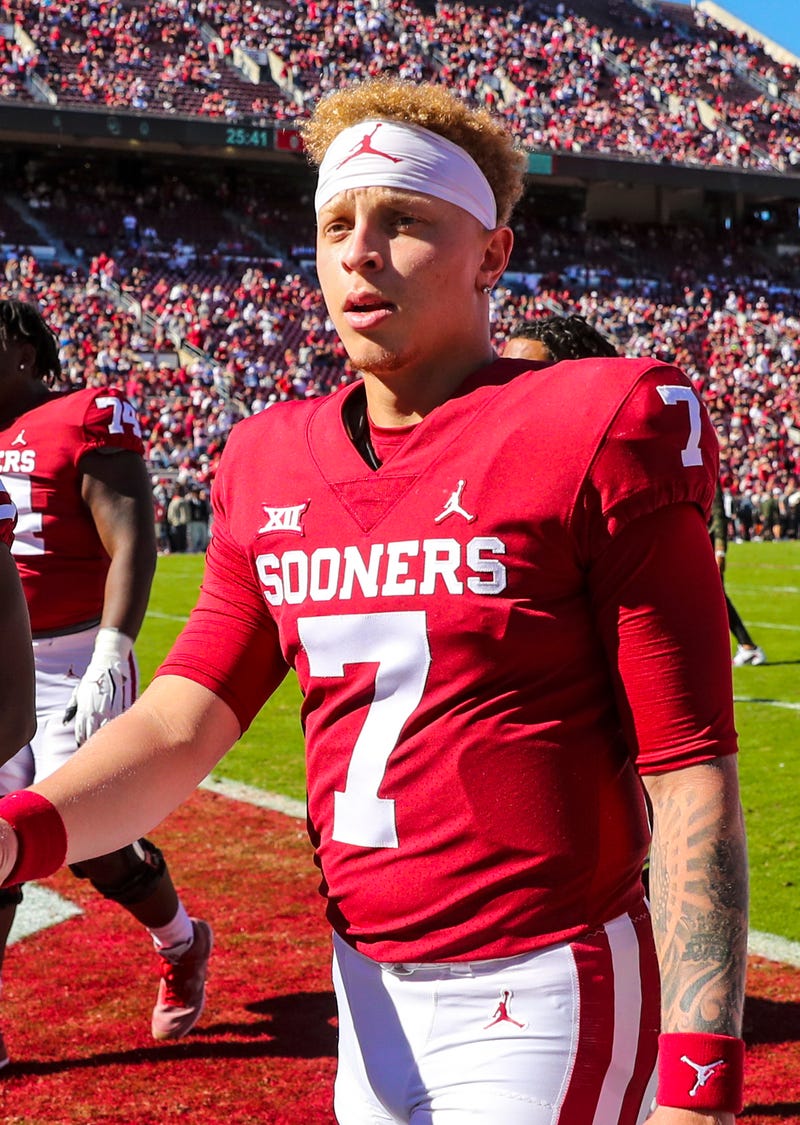 The nation's #1 High School QB prospect in the class of 2019, has decided to transfer to South Carolina. Spencer Rattler has announced he's leaving the OU Program to play for Shane Beamer in Columbia. From 2018-2020 Beamer was an assistant at OU under Lincoln Riley. Beamer was able to use his time at OU to forge relationships, those relationships helped him land Rattler and 2nd team All Big 12 Tight End Austin Stogner.

The Gamecocks had definite issues at the QB position in year one under Beamer. The Gamecocks went 6-6 while playing three different QB's during the season. SC dealt with Luke Doty's health issues and growing pains for former FCS product Jason Brown. The issues at QB led them to turn Grad. Assistant Zeb Noland into their starting QB for part of the season.

Rattler had a "roller coaster" type tenure in Norman. In 2020, he became the starter and lit it up statistically throwing for 28 TD's and just 7 interceptions. He entered this season on the short list of Heisman candidates. However, this season was a tumultuous one for him, in October Rattler was benched in favor of Freshman Caleb Williams.

While the news of Rattler transferring isn't a surprise given the situation, his chosen destination is surprising. It remains to be seen if this change in scenery will re-invigorate Rattler. One thing is certain, just his decision has elevated the brand of South Carolina Football.