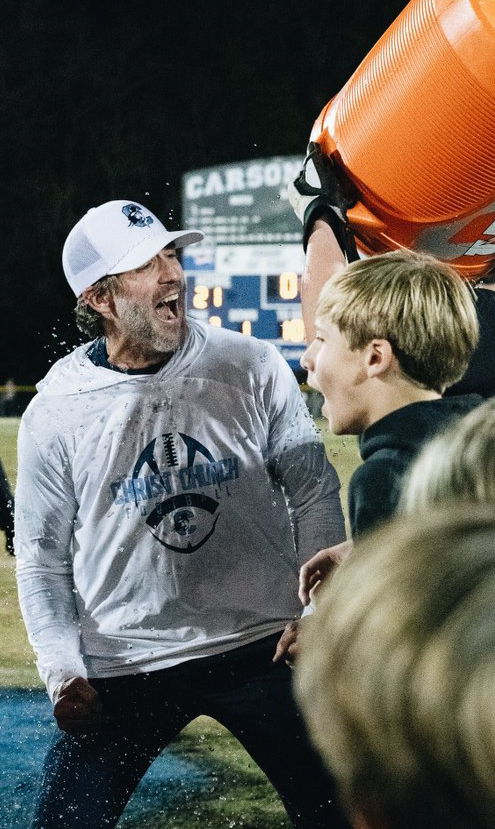 For the 1st time since 2014, Christ Church has captured a State Title. The Cavs downed Johnsonville 43-20 on Friday night, to win the 1A State Crown. Johnsonville struck 1st, Christ Church then made adjustments and was able to lead from the time they grabbed the advantage in the 1st half to final horn. Cavs RB Dashun Reeder was again tremendous, the Junior D-1 prospect had over 150 rushing yards and 3 TD runs on the game. Two were from over 40 yards out, as he smashed past the 2,000 yard mark on the season.

After the game, Johnsonville Coach Ken Crib had some interesting words. He said "Well we are the public school State Champions. If this (Public schools playing private ones in the postseason) happened at the 4 or 5 A level, they'd burn the high school league down".

Christ Church Coach Quin Hatfield was a guest on the State Title Edition of the Scramble, this past Saturday. The two would talk about the Cavs 14-1 season and the first State Title Hatfield's tenure. They would get into the comments from Coach Cribb and Hatfield fielded it well. The entire interview is below.