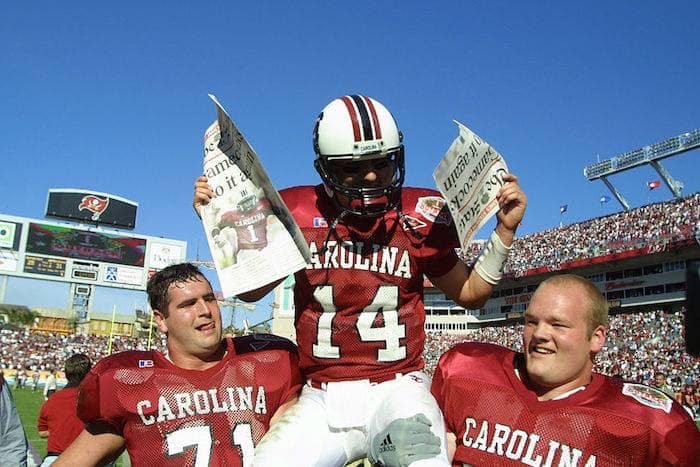 An Upstate native and former University Of South Carolina Quarterback has died at the age of 43. The South Carolina Athletic Dept. has announced the death of former starting QB Phil Petty. He was a member of the Gamecock program in the late 90's and early 2000's.

He earned the full time starting job prior to the 2000 campaign and held the position for two seasons. Petty arrived in Columbia after a standout career at Boiling Springs High School in Spartanburg County. He led the Gamecock football program to back to back winning seasons in 2000 and 2001. He also was a major factor in their bowl wins to cap those two seasons, earning the MVP Award at the 2002 Outback Bowl.

Petty still ranks among the top 10 in program history for completions, passing yards, total yards and TD passes. After his playing career, Petty served as an Assistant Coach at East Carolina University. Earlier this year, he joined the coaching staff at Gray Collegiate Academy in Columbia. His cause of death has not yet been released, Phil Petty is survived by his wife and two children".