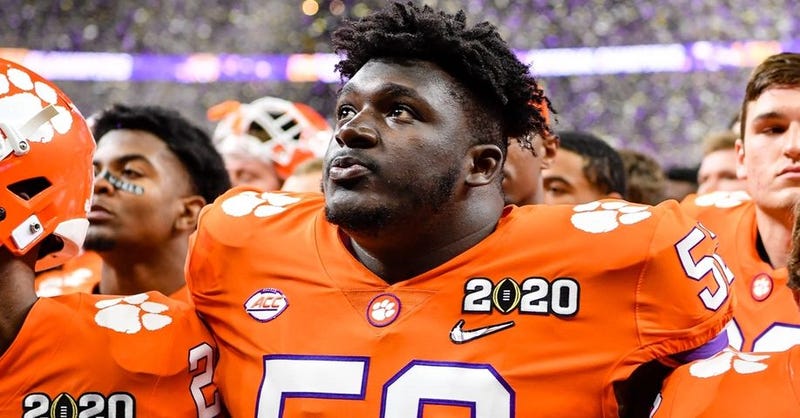 A former Clemson football player has traded his pads for a badge. Former Tiger lineman Tayquon Johnson has recently become a member of the Laurens Police Department. He majored in Criminal Justice and came to tiger town after being highly recruited from his native state of Maryland.

He won the school's courage award in 2019, which is given to a student athlete who exemplifies faith, focus, and fortitude by overcoming adversity. He played in a total of 14 games games while at Clemson, first on the defensive line then was moved to the offensive side of the ball.

Johnson suffered a career ending injury prior to last season and is now moving into a career in law enforcement.