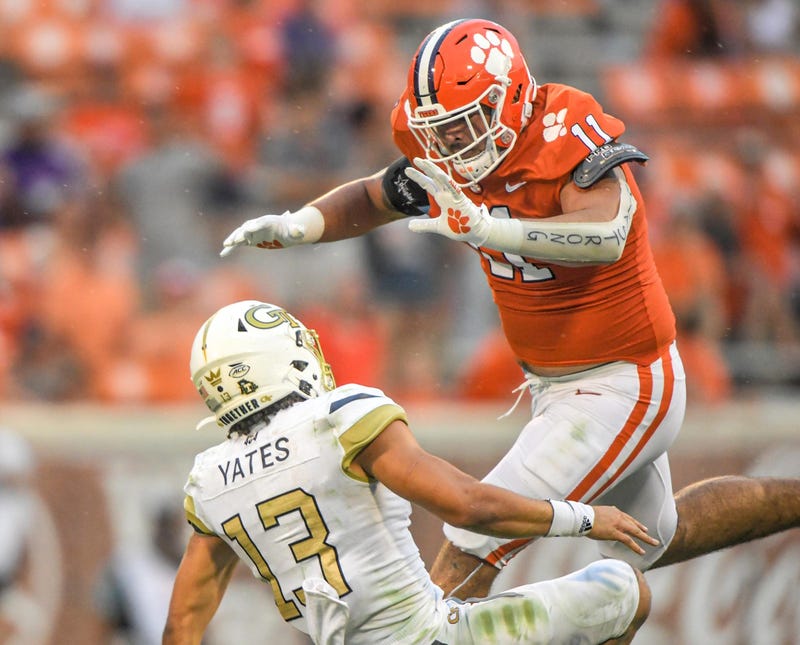 With just over a month left before the college football season kicks off, high expectations surround the Clemson defense. On Monday, Clemson defensive standouts Trenton Simpson, Bryan Bresee and Myles Murphy were all named to the watchlist for Chuck Bednarik Award. That award goes to the nation's top defensive player. That same trio landed on the Nagurski award watchlist last week.

Those are the latest in the preseason accolades for the Tiger defense. Earlier this summer, Trenton Simpson was named to the Butkus Award watchlist. DB Andrew Mukuba landed on the Jim Thorpe watchlist, Bresee and fellow D-lineman Tyler Davis were named to the Outland Trophy watchlist, as well.

While Clemson is still stocked with defensive talent, they will be without the architect of their recent dominant defenses, Brett Venables. Earlier this year, he left tiger town to become the new Head Coach at Oklahoma. Clemson will now turn to first year Coordinator Wes Goodwin to lead their defensive unit.