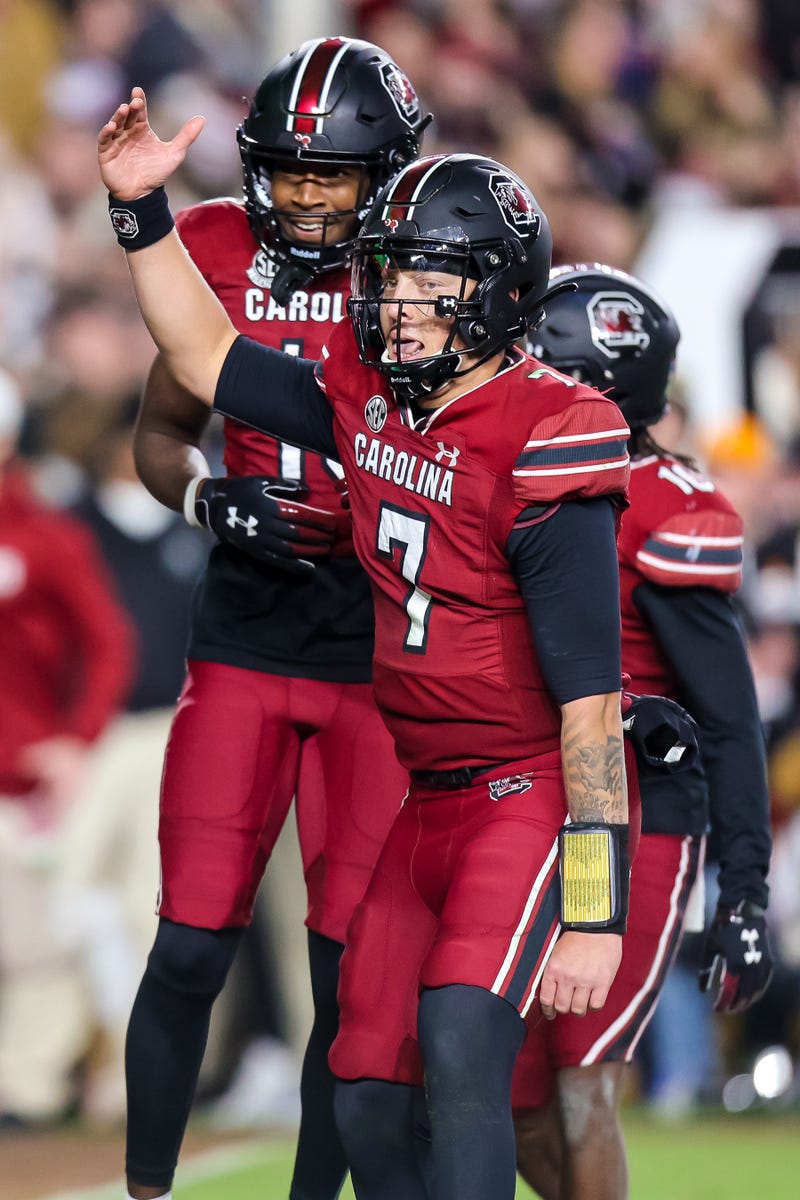 Saturday night, the Gamecocks shocked the College Football world by not only beating 5th ranked Tennessee, but handling them 63-38. South Carolina came into the game a 22 point underdog at home under the lights. It was a performance by QB Spencer Rattler that Gamecock fans have been waiting for all season long.

South Carolina's offense carved Tennessee's defense up, we all knew the Vols defense was suspect, but South Carolina exposed them like nobody else really has. The Gamecocks had over 600 yards of total offense, which included over 450 passing. The run game was especially good for South Carolina, gaining over 150 on the ground after struggling to run the ball much of the year.

Tennessee had over 500 total yards, which has come to be expected of their high powered offense this season. They threw for over 350 and ran for over 150. South Carolina's offense played virtually mistake free, as they didn't turn it over all night. The Gamecocks were plus 1 in turnover margin, they dominated the time of possession with nearly 39 minutes with the ball. SC racked up a single game season high of 35 1st downs on the night.

The Gamecocks came out of the gate strong, which is always important when trying to pull an upset. They scored on 3 TD drives in the opening quarter. All of those drives went for over 60 yards and most importantly chewed up over 3 minutes each off the clock. South Carolina led 21-7 after the 1st.

Tennessee scored early in the 2nd quarter to make it 21-14. SC answered with a Dak Joyner TD run to extend the lead to 28-14. Tennessee drove but had to settle for a FG, that made it 28-17. The Gamecocks then got a TD pass from Rattler to Josh Vann to make it 35-17. The Vols scored on a TD pass from QB Hendon Hooker right before the half, that made it 35-24 Gamecocks at the break.

Tennessee scored 1st in the 2nd half to cut the lead to 35-31. That was the closest they would get all night. SC responded by outscoring the Vols 28-7 from that point on. The Gamecocks scored in the 3rd to lead 42-31 after three quarters.

The Gamecocks closed the door in the 4th scoring on three straight TD drives. Two of those drives went for 75 or more yards. Tennessee scored once more, when they got a TD with a minute left. That made it a final margin of 63-38.

Dak Joyner had two TD runs for the Gamecocks on the night. RB Jaheim Bell had 82 yards on 17 carries, he also caught 5 passes for 39 yards and 2 TD's. For Tennessee, RB Jabari Small had 80 yards and a score on 11 carries.

12 different Gamecock players caught a pass in the game. Antwane Wells Jr. had a game high 11 catches for 177 yards. Josh Vann had 2 catches that both went for touchdowns. Both, Jalen Brooks and Juju McDowell had a TD catch on the night, as well.

It's the biggest win this far in the Shane Beamer era at South Carolina. It's the 1st win over a top 5 opponent for the program since 2013 and just the 2nd win over a top 10 opponent since 2014. With the win, Beamer becomes just the 3rd Gamecock Coach to beat a top 10 opponent since the Joe Morrison era of the 1980's. Beamer joins legends Lou Holtz and Steve Spurrier in that group.

The Gamecocks are now 7-4 on the season, as they head into the Palmetto State Rivalry game. They will travel to Clemson for a noon kickoff this week. SC will look for their 1st win over Clemson since 2013, Clemson has won 7 in a row in the series (the two teams did not meet in 2020, amid the Covid pandemic).