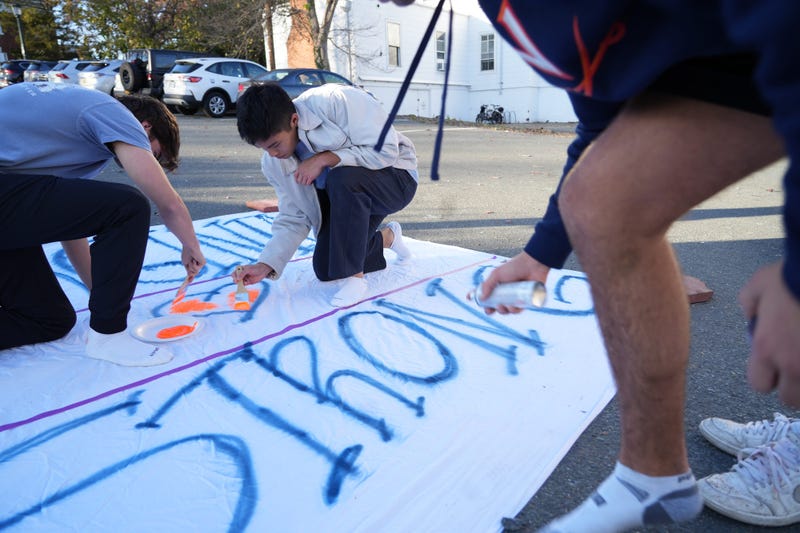 Three players from the Virginia Cavalier Football program are dead and a former player is in custody, after a shooting on campus Sunday night. One of the three victims was a South Carolina Native. Junior WR Lavel Davis Jr. of Dorchester, along with WR Devin Chandler of North Carolina and LB D'Sean Perry of Miami, were identified as the three slain.

Two other students were shot and wounded in the incident. They were hospitalized due to their injuries, one said to be in stable condition and the other in critical condition. The suspect, Christopher Darnell Jones was taken into custody without incident around 11AM Monday in Virginia. He is charged with 3 counts of 2nd degree murder and multiple weapons violations.

Jones has been charged with a weapons violation in February of 2021. There had been a complaint to the school that he may have had a weapon on campus. The University says, that complaint was looked into but those that reported it had never actually seen the gun. Jones was listed as a Running Back on the Cavaliers 2018 roster and is a native of Virginia.

Lavel Davis Jr. was a star at Woodland High in the LowCountry and was a 3 star prospect according to 247 Sports. He chose Virginia over offers from Georgia Tech, Coastal Carolina, App State and others. He was having a productive season for the Cavs with 16 catches for 371 yards and two TD's.

Virginia's Head Coach is former Clemson OC Tony Elliott. He's in his 1st year there. Elliott released a statement saying " "I cannot find the words to express the devastation and heartache that our team is feeling today after the tragic events last night that resulted in the deaths of Lavel, D'Sean and Devin, and the others who were injured," Elliott said in the statement. "These were incredible young men with huge aspirations and extremely bright futures. Our hearts ache for their families, their classmates and their friends. These precious young men were called away too soon. We are all fortunate to have them be a part of our lives. They touched us, inspired us and worked incredibly hard as representatives of our program, university and community. Rest in peace, young men."