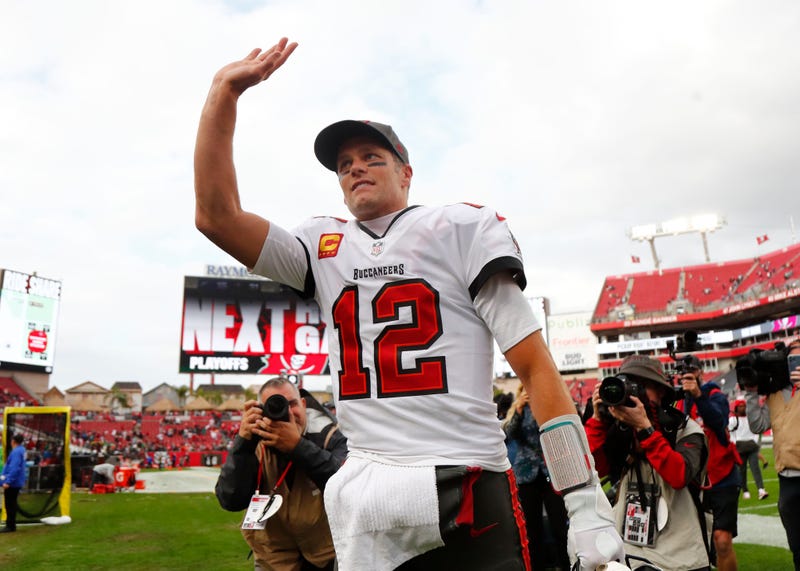 The Reigning Super Bowl Champs had no trouble in their opening round playoff game. Tampa Bay used a hot start and capitalized on Philadelphia turnovers in their 31-15 win. Tampa Bay came out of the gate strong, as they scored on 2 TD drives in the 1st quarter. The Bucs would lead 17-0 at half and they scored twice in the 3rd, to lead 31-0 after three.

Tampa Bay was +3 in turnover margin, as they were mistake free in terms of turnovers. They recovered a fumble and picked off Philly QB Jalen Hurts twice in the game. Most of the state categories were nearly even, the major statistical difference was Tampa's 23 1st downs to just 14 for Philadelphia.

It is always a tall task to take on Tom Brady in the postseason. The man many consider "The Goat" wasn't spectacular but was efficient and mistake free. Brady went 29 of 37 for 239 yards and 2 TD's, most importantly he didn't turn the ball over. For Philly, Jalen Hurts struggled going 23 of 43 for 258 yards, 1 TD and 2 picks. Hurts was also sacked 4 times on the day.

Bucs WR Mike Evans was uncoverable Sunday, as he amassed 9 catches for 117 yards and a TD. Gio Bernard gave Tampa a threat both in the run game and catching the ball out of the backfield. Bernard had 13 carries for 43 yards and a TD on the ground. He also caught 5 passes for 39 yards. Backfield mate Ke'Shawn Vaughn led the Bucs in rushing with 17 carries for 53 yards and a TD. "Gronk" had a TD catch in the game as well.

Tampa will move on to host the winner of Monday night's match up between the Rams and Cardinals. Green Bay is the #1 seed in the NFC they will host the 49ers in the next round.