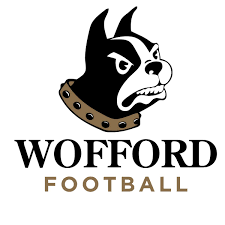 The Wofford Terriers were shutout for the second straight time to open the season. They fell at home to Elon 26-0 on Saturday night. The Phoenix struck first and were able to repeatedly stymie the Wofford offense. The Terriers have dropped 11 straight dating back to last season, their last win was ironically against Elon in the 2021 season opener.

Wofford begins the season 0-2, while the Phoenix improves to 1-1.  The Terriers were led by Nathan Walker with 49 rushing yards. Elon was led by Matthew McKay who was 18-of-26 passing for 230 yards and three touchdowns.

“We have somethings that we have to get fixed at the quarterback position especially,” said Wofford head coach Josh Conklin. “The good news right now is that I feel pretty good about what we need to do to get things corrected. I thought defensively those guys fought really hard for four quarters. We will continue to fight the fight and I do feel like I have a better idea of who we are on offense and that falls completely on me as the head coach. I told the team tonight that we have two more weeks of non-conference and then we begin a new season of conference play. We need to get things corrected in the next two weeks before fighting the fight in the conference.”

The Phoenix had the ball first and gained one first down before punting. After Wofford went three-and-out, Elon converted a fourth-and-two before ending the drive with a 52-yard field goal for a 3-0 lead with 8:55 on the clock. The Terriers had a first down pass caught by R.J. Khayo and then Jimmy Weirick ran for a first down, but a sack on third down forced a punt. Elon then gained one first down and then on fourth-and-one Brandon Maina and Michael Mason stopped the runner for no gain. With the ball back, Wofford went three-and-out and punted.

On the last play of the first quarter, Elon had a 43-yard pass completion. The Phoenix added two more first downs before a three-yard touchdown pass. The point after was missed, giving Elon a 9-0 lead at the 12:38 mark of the second quarter. On the next drive for the Terriers, Jimmy Weirick was intercepted by Cole Coleman at the 32-yard line. Taking advantage of the short field, the Phoenix added a 32-yard field goal for a 12-0 lead with 9:20 left in the first half. After trading three-and-outs, Wofford was forced to go three-and-out. Elon then had one first down before having to punt with 60 seconds remaining in the half. The Terriers switched to Cade Rice at quarterback and had one first down before time expired.

The Phoenix then put together a ten-play drive that ended with a 27-yard touchdown pass to Jordan Bonner for a 26-0 lead with 7:50 remaining in the game. Wofford had two first downs and then faced a fourth-and-ten, but the defense sacked Weirick to turn the ball over on downs. Elon got the ball back with 3:54 remaining and were able to run out the clock for the win.