Robert Griffin III thinks they need to start reeling some of that in.

Three times over the last week, a Commanders coach has made a remark about the second-year linebacker that would raise some antennas.

It started with defensive coordinator Jack Del Rio saying Davis was “so-so” in the opener, and that he had practiced better in the offseason. Ron Rivera concurred with that later in the week, and after Sunday’s loss to the Detroit Lions made yet another comment about Davis’ play.

“Well, he was a little inconsistent,” Rivera said, via Commanders Wire. “And, again, as a young guy, he’s going to learn and grow, but we’re running out of time as far as that’s concerned. We gotta go out and be consistent. That’s a big part of it; he’s got to continue to work it and get better at it; he had some good things, did some good things in the run, then some things he was inconsistent in.”

Davis certainly needs to be better, but making him shoulder so much blame for the Commanders’ defense being a sieve is an approach Griffin told “The Sports Junkies” he was surprised to see.

“There are multiple ways to encourage or light a fire under a guy’s seat to make him play better. One of those methods should never be a coach in the media," Griffin said. "I strongly believe that, obviously I’ve had my own experiences with that. And I think throwing him under the bus, essentially putting the tire tracks on his back, isn’t good for the locker room. 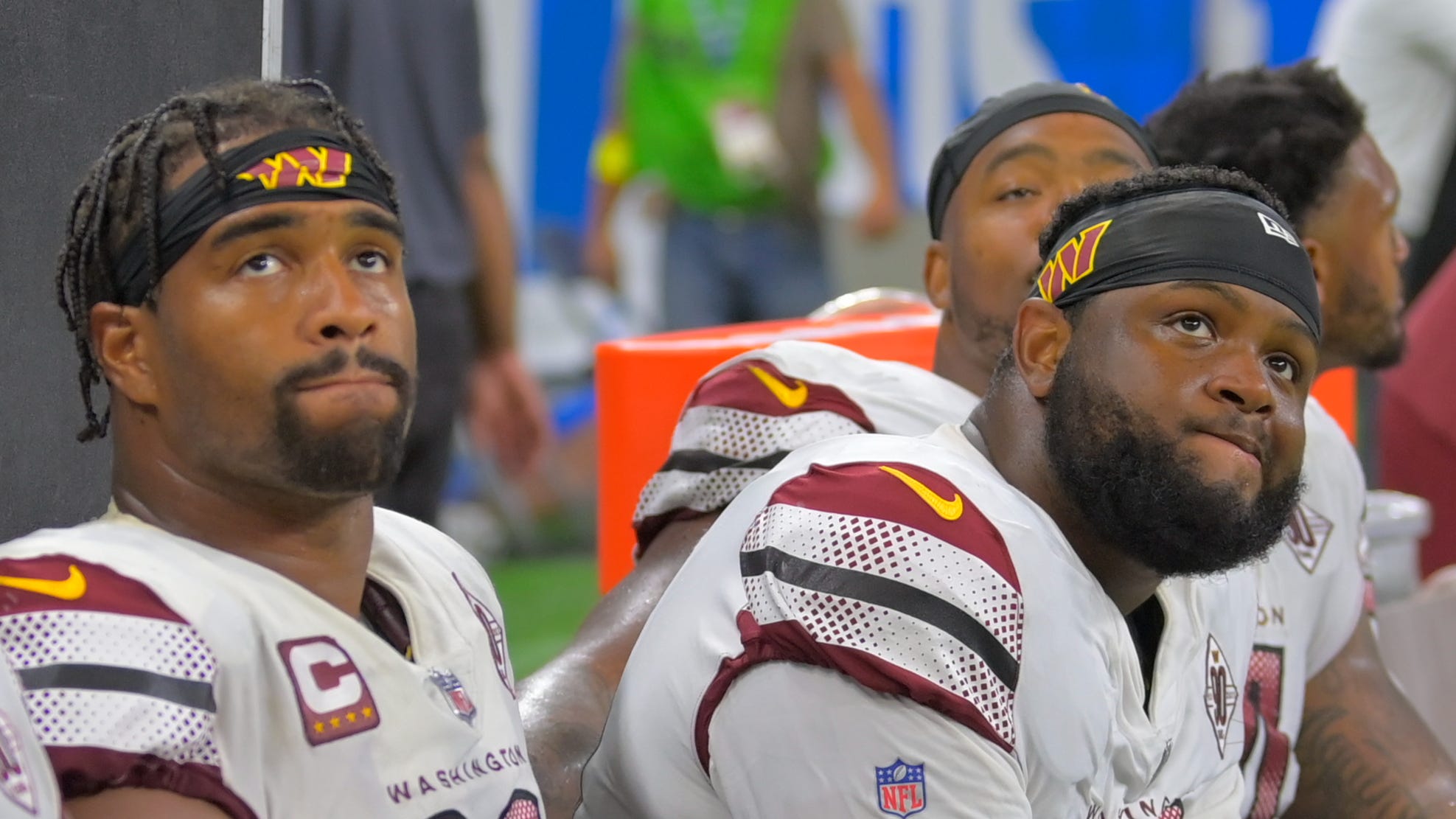 “Coaches have to take a certain accountability to say ‘Hey, maybe he’s not playing to the best of his ability, but I have to put him in better positions to be successful. That’s coaching. Great coaches are the ones who put their players in the right spot.”

“Davis had a sack in the first half I believe, and actually played better this week than he did last week. So I think pointing him out as ‘Hey, this is the guy to blame’, I think that’s a little bit out of character for what Ron Rivera has shown himself to be, and I don’t think that’s the best thing for Jamin Davis in that locker room.

“I would do it a different way. They’re deciding to do it that way, but at the end of the day he’s not the reason they’re giving up seven yards a carry, eight yards a carry in back-to-back games."

Davis finished the loss to the Lions with three tackles, an assist and a sack. The Commanders next will face the Philadelphia Eagles on Sunday. 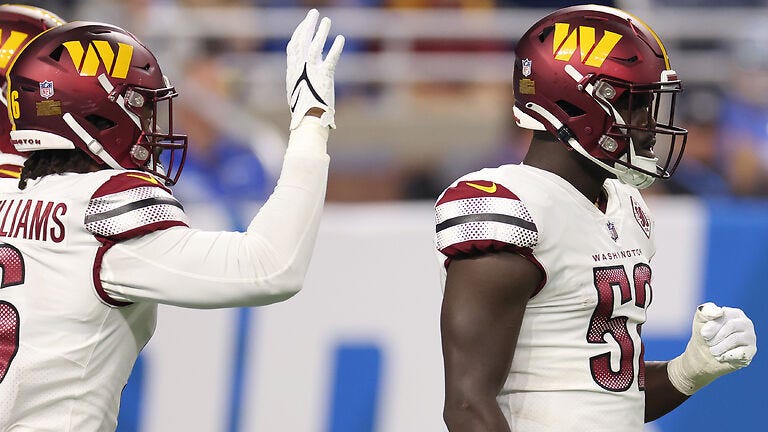 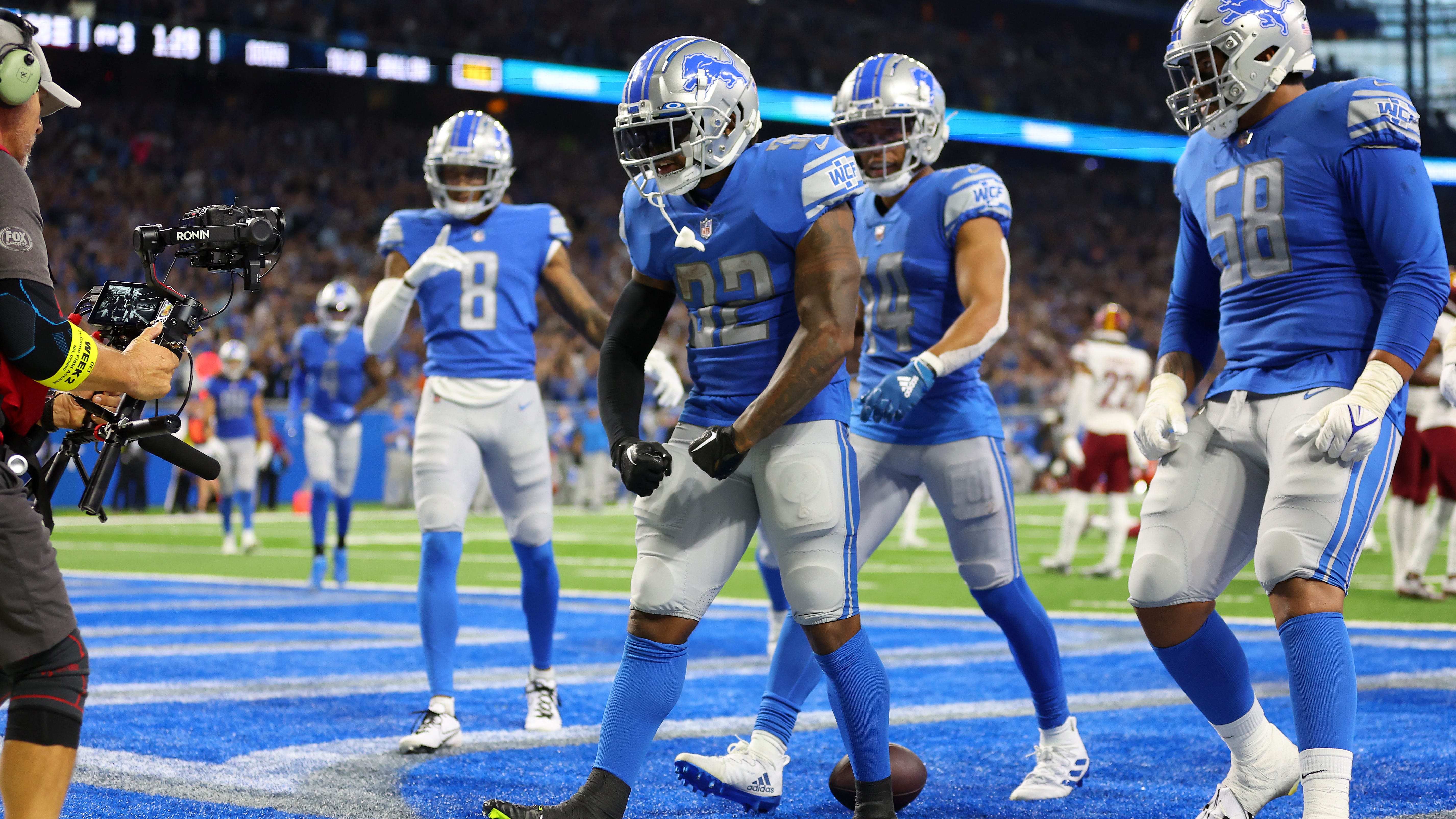