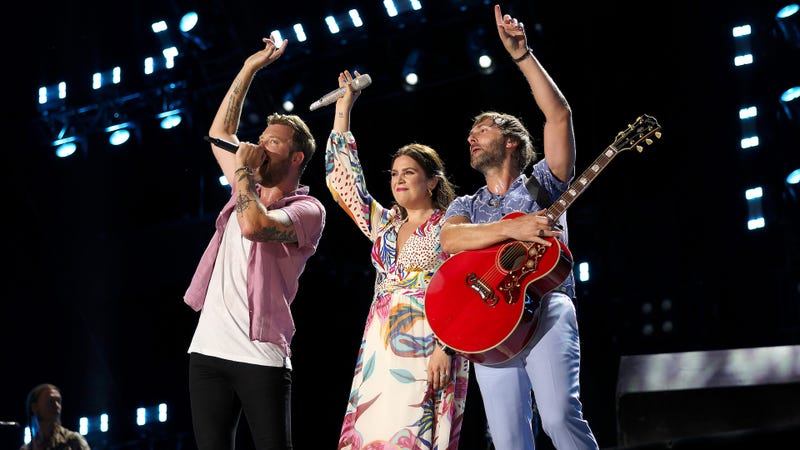 After one listen to Lady A’s new single, “Summer State of Mind,” you’ll be hunting for the nearest swimming pool. While the song definitely carries summertime vibes, the meaning goes much deeper than fun in the sun for the trio.

“We just feel like it’s a great message of just ‘no matter where you are, no matter what time of year, if you’re with the person who makes you happy you can be in a summer state of mind any time,’” the trio’s Hillary Scott told Audacy’s Katie Neal.

“It definitely lends itself to summer time, the season, but it’s really a message about being with the person that brings that life into your life,” she added.

While Lady A released the new song on the official first day of summer, it was written by the group’s Scott and Dave Haywood alongside Sam Ellis and Laura Veltz in the thick of a storm.

“The day we wrote this, there were a bunch of thunderstorms and rain,” said Haywood.

Hillary added, “We wrote [together] two days in a row and one of the days was super dreary, like opposite of summer.”

The group is readying to share the new single, along with other tracks as they hit the road for their Request Line Tour, and yes, they’re actually taking requests!

“We have a request line you can literally call and leave a voicemail requesting what show you’re coming to and what you want to hear,” explained Hillary. “Every night, we’re going to basically listen — we’re kind of logging these messages — [and] we’ll even take some realtime requests from the crowd.”

Added Haywood, “I think the goal is for people to walk away and think, ‘Oh my gosh, I haven’t seen them like that before,’ and to feel connection.”

The tour kicks off with back to back shows in Nashville on August 13 and 14 and will continue throughout the U.S. before wrapping in Indianapolis on October 29. Find out more here.

Hear more about what Lady A has been up to and what they have planned for the summer by listening to their Superstar Power Hour interview with Katie & Company above.